Lung cancer symptoms: How long have you had your cough? Warning sign of the deadly disease

Lung cancer symptoms tend to develop as the condition progresses. But when symptoms do appear, one of the first signs is a cough. But with winter and flu and cold season in full swing, how do you know if your cough is linked to the potentially deadly disease?

It’s important to note how long your cough lasts for.

But the NHS advises, a cough that doesn’t go away after two or three weeks is one of the main symptoms of lung cancer.

Another name for a cough which lasts this long is a persistent cough. 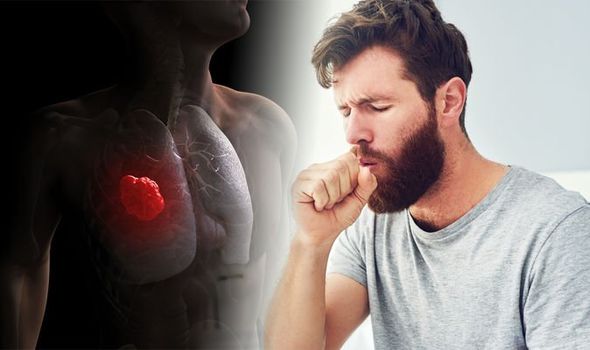 This isn’t the only in a cough to look out for. The health body adds coughing up blood is a sign to watch out for.

And having a change in a cough you’ve had for a long time could also be a sign.

It may sound different or be painful when you cough.

If your cough lasts longer than two or three weeks or you start coughing up blood, you should see your GP.

Other symptoms of lung cancer

Other signs are listed by Cancer Research UK as: 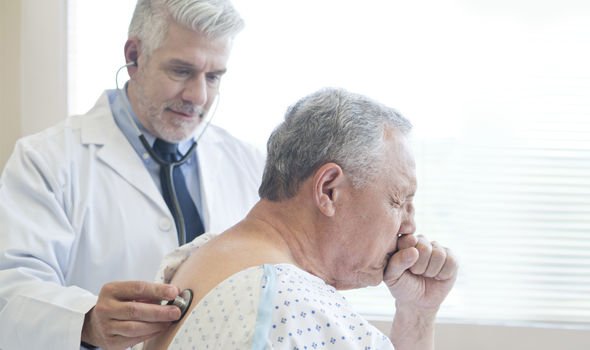 Some types of lung cancer cells produce hormones that go into the bloodstream, and these hormones can cause symptoms that don’t seem related to the lung cancer, says Cancer Research UK. 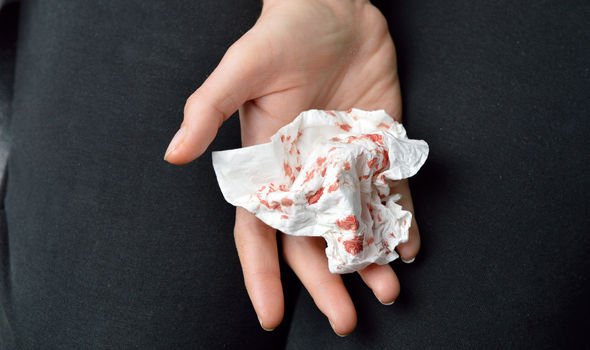 Treatments for lung cancer include surgery, chemotherapy, radiotherapy, targeted therapy and immunotherapy drugs. This depends on the stage and type of lung cancer and your general health, says Macmillan Cancer Support.

“Chemotherapy is the main treatment for SCLC. It can be given at the same time as radiotherapy (called chemoradiation). Chemotherapy may be given before or after surgery for NSCLC.

“Chemotherapy and radiotherapy are also used to control symptoms.

“Targeted therapy and immunotherapy drugs are used to treat advanced NSCLC. Tests are done on the cancer to find out if certain drugs are suitable.

“Ablation treatments using heat or laser light are sometimes used to treat very early lung cancers. Laser can also be used if the cancer is blocking an airway.”