Distress tolerance plays role in alcohol use and abuse among firefighters 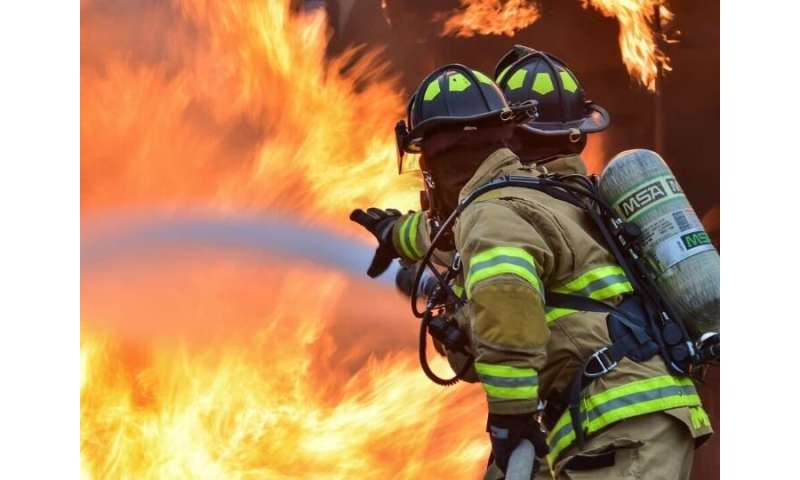 New findings by a University of Houston psychology professor indicate that among firefighters, distress tolerance amplifies associations between posttraumatic stress disorder (PTSD) symptoms and alcohol use severity. In the world of psychology, distress tolerance is your actual or perceived ability to withstand emotional distress. It is surviving—and knowing you can survive—an emotional incident.

“Firefighters who struggle with PTSD symptoms and who think they cannot handle negative emotions are more likely to use alcohol, and are more likely to use it to cope with negative emotions,” reports associate professor and director of the UH Trauma and Stress Studies Center Anka Vujanovic, in the journal Psychiatry Research. Among the findings, PTSD symptom severity was also associated with alcohol use severity. Coping-oriented alcohol use among firefighters has been associated with more severe alcohol use and greater levels of work-related stress.

Firefighters face continual exposure to traumatic events and PTSD, both significant risk and maintenance factors for alcohol use disorder. Trauma exposure among firefighters has been estimated to be 91.5%. Previous research has shown that higher rates of alcohol use and related disorders have been documented among firefighters compared to the general population.

In this study, Vujanovic gathered data from 652 mostly-male trauma-exposed firefighters, whose median age is 38. All admitted to some alcohol use. The findings were confirmed after adjusting for romantic relationship status, number of years in the fire service, occupational stress and trauma load. This is the first study to concurrently examine these variables among firefighters.

“Our study has great potential to inform intervention efforts for this vulnerable, understudied population,” said Maya Zegel, psychology doctoral student and the paper’s first author, who said that targeting distress tolerance in therapy can make a big difference.

“Among individuals with PTSD, preliminary research has demonstrated that increases in distress tolerance are related to improvements in PTSD symptomatology during the course of treatment” said Vujanovic. “And people who believe they can tolerate difficult emotions report a lower tendency to use alcohol to cope.”