Holding intubated infants in ICU found to be safe, beneficial 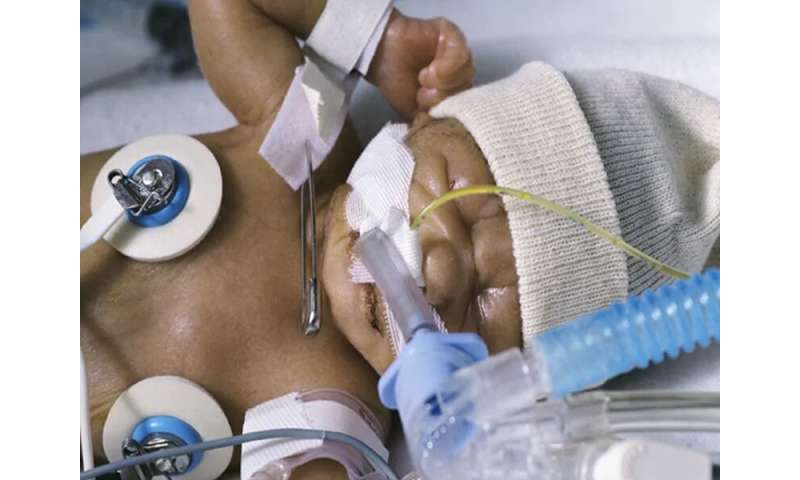 (HealthDay)—Holding intubated infants in the intensive care unit is well tolerated and does not increase adverse events, according to a study published in the December issue of Critical Care Nurse.

Laura Ortmann, M.D., and Anne Dey, D.N.P., R.N., from the Children’s Hospital and Medical Center Omaha in Nebraska, examined the safety of a holding intervention for infants younger than 6 months of age who were intubated for respiratory failure. In the intervention, a caretaker held the infant at least twice a day once the infant was medically stabilized. Data were examined from 24 infants with 158 holding interventions; rates of adverse events were compared to those of historical controls.