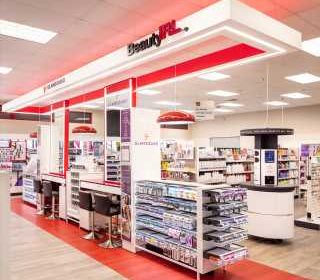 It may be the slow days of summer, but beauty executives are still busy moving around the corporate ladder. Below, the latest executive comings and goings.
SANSONE RETIRES AT CVS, COLEMAN STEPS UP
George Coleman has been appointed senior vice president, front store business and chief merchant at CVS Health, following Judy Sansone's retirement from the position, effective in September. In his new role, Coleman will continue to oversee the front store business for stores and e-commerce, and will take on responsibility for the company's retail growth strategy, ExtraCare and personalization, retail formats, innovation and partnerships. Coleman joined CVS in 2012 as vice president of merchandising, and last January was promoted to senior vice president of merchandising. Prior to CVS, Coleman was a partner with Accenture's retail strategy consultant practice for more than 15 years.
Sansone is retiring from CVS after a 42-year career with the retail pharmacy chain. She is credited with playing a critical role in the company's decision to exit the tobacco business, the modernization of the ExtraCare program and AI-driven personalization efforts, and the transformation of the retailer's image from pharmacy to health and beauty destination. More recently, she played a key role in bringing CVS HealthHubs, new store formats dedicating 20 percent of space to health services, to life.
REUBEN CARRANZA JOINS KATE SOMERVILLE
Reuben Carranza has been named chief executive officer of Kate Somerville, effective Monday, Aug. 5. Most recently, Carranza served as Olaplex Hair Care's first president, and prior to that was a managing partner and president of R+Co with Luxury Brand Partners from 2014 to 2018. He spent much of his career with Procter & Gamble, on brands such as Pantene, Cover Girl, Olay, Secret, Old Spice and eventually Wella Professionals, where he served as ceo. “I’ve admired the brand from afar and it is an honor to join this amazing team, brand, and visionary founder Kate Somerville," said Carranza.
Said Somerville: “Reuben is known to have led his teams with charisma and I immediately felt a connection to his energy and compassion for our industry. I know that his passion, vision,
and track record of transforming brands will build upon the company’s 15-year legacy of healing skin and healing lives.”
Kate Somerville was acquired by Unilever in 2015. Michael Sampson served as the company's ceo from 2017 until July.
Source: Read Full Article