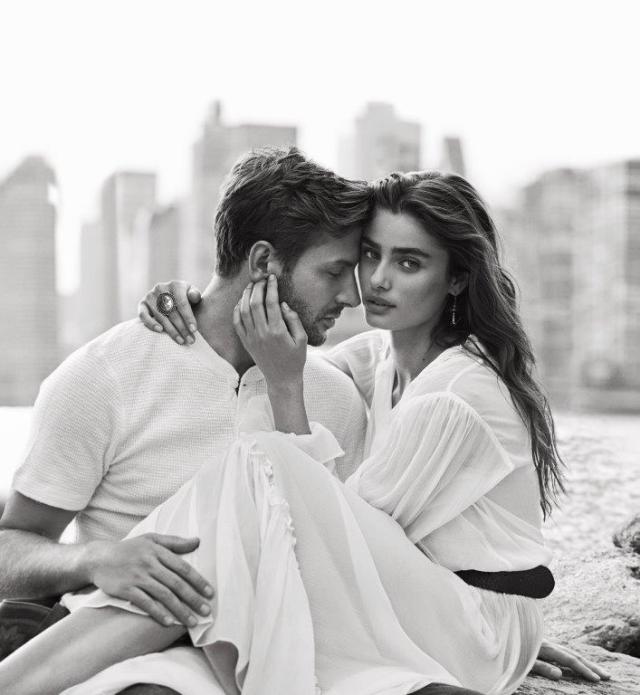 Ralph Lauren Fragrances is placing its next bet for Romance on the real-life kind.
Since its 1999 launch, Romance has been a top seller for Ralph Lauren Fragrances. The perfume, which retails for $96 for 100-ml., is the brand's number-one women's fragrance in the U.S. As it enters its 20th year, the scent is getting a refresh — one that industry sources estimate will bring in $80 million at retail in its first year.
"Not shocking, but over 20 years, the concept of romance has changed quite a bit," said Ginny Wright, global deputy general manager of Ralph Lauren Fragrances. "Women feel empowerment and equality in their romance. It’s a 50-50 now, they still want men to have a bit of chivalry. It’s about inclusivity. They want to see romance represented in real life — aspirational, elevated, but also something that could actually happen."
According to Wright, Ralph Lauren conducted "significant qualitative and quantitative focus groups" with Gen Z, Millennial and Gen X women on the concept of romance. The findings led to both a packaging update and a new campaign that stars model Taylor Hill, her boyfriend, Michael Stephen Shank, and their dog, Tate the Mini Doodle, who has nearly 50,000 Instagram followers.
"I’ve had a really good relationship with Ralph Lauren for a long time," said Hill, who met the designer when she was 15 and walked in his show for the first time when she was 17. "What Ralph Lauren stands for as a designer and who his woman is is something I always connected to, even from a young age, and something I aspired to work for and embody."
"Mr. Lauren wanted a real couple who lived an authentic real life that he felt connected to," Wright said. "He wanted to find a couple that represents cool, chic, bohemian — someone who lived in downtown New York. He wanted the setting to be New York because it’s aspirational, it’s authentic to his brand."
Romance marks Hill and Shank's first joint campaign. The visuals were shot in August in New York, where Hill and Shank actually live, in three locations: SoHo, Central Park and outside The Joyce Theater in Chelsea.
Out today, the campaign comes one month before Valentine's Day, which, according to Wright, is a major point of focus for the brand.
" this big moment in time when Romance dominates in retail and is probably the brand to look to," she said. "Romance big male gifting, too."
As the faces of the fragrance, Hill and Shank are Romance's primary influencers, with 12.2 million Instagram followers and 105,000 Instagram followers, respectively. Ralph Lauren is also expanding its social media reach by tapping real-life heterosexual and same-sex influencer couples across the country. The influencer initiative will culminate in a pop-up series that will start in Los Angeles later this month and will make its way to Chicago, Houston, Miami and, eventually, New York in time for fashion week and Valentine's Day.
Asked what modern romance means to her, Hill said, "Modern romance is being with somebody that you like and get along with and have fun with. For me, it’s not about the big fairy-tale romantic gestures. real people, we’re casual people. We like the little things in life and we like to anticipate each other and do stuff that makes you feel good throughout your entire day — not just one big grand moment, but all the little things that add up over time."
Source: Read Full Article