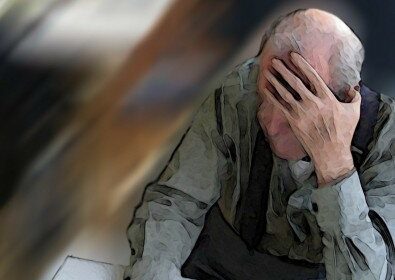 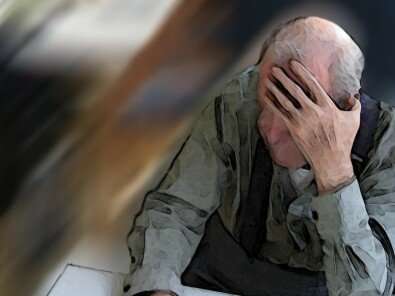 Neurodegenerative disorders that cause dementia increase the risk of contracting severe COVID-19 and dying from the disease. For people with Alzheimer’s the risk is three times greater. It can be six times greater if they are over 80, according to a study conducted in Brazil by researchers at the University of São Paulo (USP) and Butantan Institute in partnership with colleagues at the Federal University of Rio de Janeiro (UFRJ).

An article on the study, which was supported by FAPESP, is published in Alzheimer’s & Dementia: The Journal of the Alzheimer’s Association.

“We found that all causes of dementia are risk factors for severity and death in COVID-19 and that these risks are more pronounced for Alzheimer’s patients,” Sérgio Verjovski-Almeida, principal investigator for the project and a professor at USP’s Chemistry Institute, told Agência FAPESP.

Dementia had already been identified as a risk factor for COVID-19, alongside other comorbidities, such as cardiovascular and respiratory diseases, high blood pressure, diabetes, obesity, and cancer. One of the reasons is age: Patients with dementia tend to be older, and many live in care homes where the risks of infection and viral transmission are greater.

However, no studies had previously been conducted to find out whether people with neurodegenerative disorders that cause dementia, such as Alzheimer’s and Parkinson’s, are more infected by the novel coronavirus and run a greater risk of progressing to the severe form of COVID-19 or dying from the disease, and none so far had set out to see whether old age heightens this risk.

To answer these questions, the researchers investigated data on positive diagnoses, hospitalizations and deaths from COVID-19 for a cohort of 12,863 patients over 65 who tested positive or negative for SARS-CoV-2. The data was included between March and August 2020 in UK Biobank, a biomedical database containing genetic and health information collected from half a million patients since 2006 by a team led by Rory Collins, Professor of Medicine and Epidemiology at the University of Oxford.

“The advantages of using clinical data from UK Biobank include the amount of detail, as the records refer to all pre-existing diseases and whether the patient tested positive, was hospitalized and died from COVID-19,” Verjovski-Almeida explained. “This enabled us to assess the risk factors associated with infection, severity and death from the disease, including all causes of dementia, especially Alzheimer’s and Parkinson’s.”

Statistical analysis showed that all causes of dementia, especially Alzheimer’s, were risk factors for severity of the disease and death in the case of hospitalized patients, regardless of age.

“Some factor that hasn’t yet been identified increases the predisposition of Alzheimer’s patients to progress to severe COVID-19 and die from the viral disease,” Verjovski said. “The results of our study point to a need for special attention to these patients when hospitalized.”

A possible explanation for the observed outcomes is that chronic inflammatory conditions or defective immune responses due to aging of the immune system (immunosenescence) may increase the vulnerability of these patients and reduce their capacity to mount an effective response to infection by the virus.

Another hypothesis is that Alzheimer’s alters the permeability of the blood-brain barrier, making infection of the central nervous system more likely.

Recent research has shown that SARS-CoV-2 is able to invade the central nervous system via the olfactory mucosa and that the presence of the virus in this region results in a local inflammatory immune response. The same study detected the virus in the brainstem, which comprises the primary cardiovascular and respiratory control center, raising the possibility that infection of the central nervous system may mediate or aggravate respiratory and cardiovascular problems in COVID-19 patients.