Are You CrossFit Curious? Here’s What To Know Before Heading To A Box

Have you ever found yourself wondering: WTF is a WOD? Or, overheard someone talking about Grace, Angie, and Helen—only to discover that they’re workouts…not women? Welp, if so, chances are you’ve encountered a CrossFit junkie.

It’s not that surprising seeing as the global fitness community numbers in the millions and is only growing. Even if you’ve been hiding under a yoga mat for the last 20 years, you have probably at least heard about CrossFit. Chances are you’re already aware of the fact that it’s known for intense workouts, a close-knit community, and lots and lots of abs. Still, so much about CrossFit remains a mystery—especially for folks who have never stepped a Nano-clad foot into a box (CrossFit speak for gym).

But CrossFit isn’t Vegas—as in, what happens in the box doesn’t have to stay there. Whether you want to get stronger, lose weight, are seduced by the promise of a ride or die #fitfam, or are just vaguely intrigued, this CrossFit crib sheet will clue you in on the fitness phenomenon.

So, what is CrossFit…you know, other than super intense?

In basic terms, that means that CrossFit focuses on movements that best mimic everyday happenings such as sitting to the toilet, walking up stairs, chasing your dog in the park, putting cereal away in the top cabinet. Why is this a good thing? The exercises make their everyday counterpart easier now and as you continue to age. Most of the exercises you do in a CrossFit class are borrowed from other sports like Olympic Weightlifting, Powerlifting, gymnastics, track, and rowing.

When Ence says “constantly varied” she means the fact that you’ll (very) rarely do the same CrossFit workout twice because there are so many movements. That may sound more overwhelming than walking into Forever 21 during a sale, but it’s not. There are nine fundamental movements, which you’ll learn your first few classes— and all others movements are iterations of these. 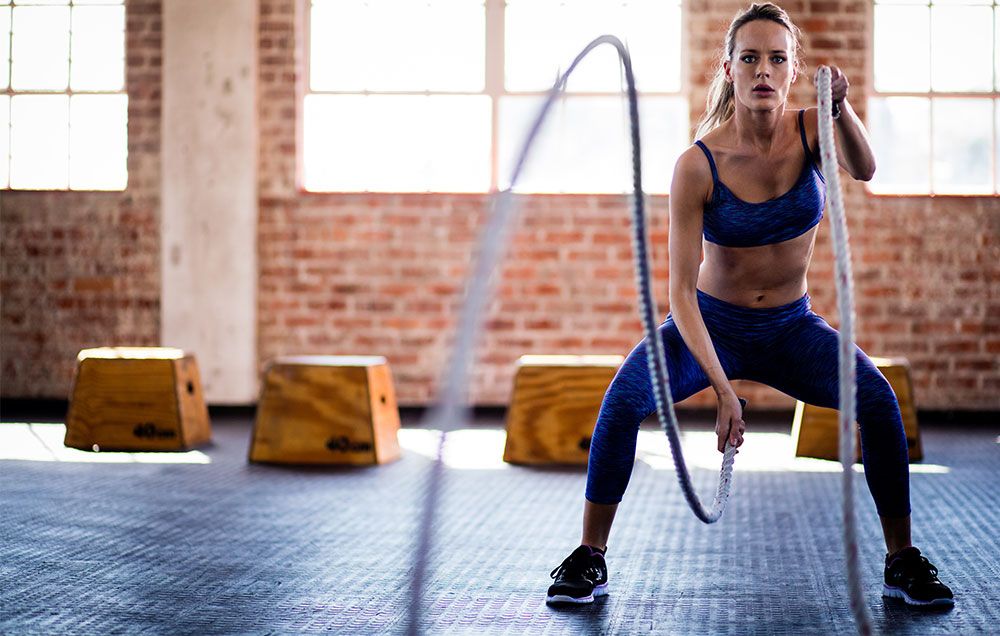 Finally, high intensity means that the workouts are executed at a (drum roll please)… max level of output. “The intensity is what makes all of the good stuff happen,” explains CrossFit Games Commentator, Tanya Wagner, CF-L2, of CrossFit Apex in Bucks County, Pennsylvania. (More on that in a sec).

Okay, what happens in a CrossFit workout?

Most classes are half as long as an extended episode of The Bachelor (AKA an hour), and they are typically split into three sections: a warm-up, strength or skill, and a MetCon (which stands for metabolic conditioning).

“The warm-up is intended to get your core body temperature up, prime your muscles for movements, and joint mobilization” says Wagner. These joint mobilization moves are different than static stretching, because they entail taking your joints through their full range of motion and are more active than static stretching. Think moves like windmills, jumping squats, the reach through, and hip hinges. “The warm-up is designed to target the parts of the body that will be the most stressed during the workout,” she explains.

From here, the class flow is slightly less predictable, depending on what WOD (or workout of the day) you’re doing. “If the programming for that day consists of a strength, the class will lift weights for 10 to 20 (sometimes more) minutes, working up to a prescribed weight then doing the programmed set and rep count,” explains Tony Carvajal, CF-L1, certified CrossFit trainer with RSP Nutrition. This might look like a heavy, one-rep max deadlift, 3 sets of 5 reps of power snatches performed at 70 to 75 percent of one rep max, or 5 sets of 3 reps front squat AHAP (as heavy as possible). “The goal of this portion is to break down your muscle fibers, so that your muscles repair and grow back even stronger,” he explains.

But, if the MetCon has a high skill gymnastics movement in it, like a rope climb, you’ll spend some time working on progressions of that movement. “This training is intended to build core strength, coordination, flexibility, increase lean muscle mass, and safely progress towards higher skill movement,” explains Carvajal. 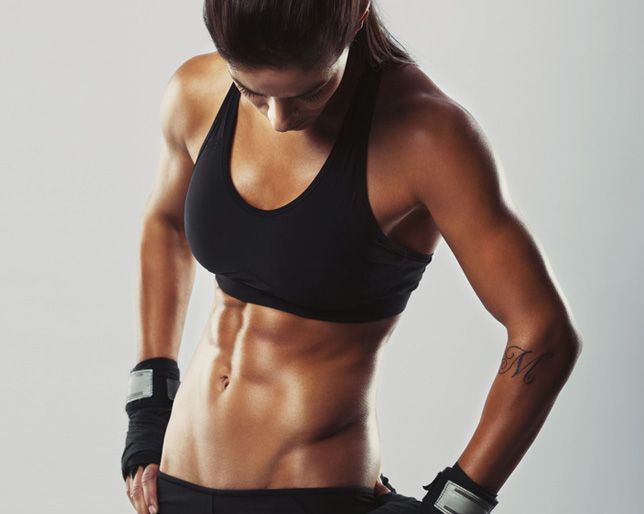 Next up: The metabolic conditioning (MetCon) portion of class. “This is the ethos of CrossFit; it’s where the intensity is,” explains Wagner. Every day the workout is different (i.e. varied) but most workouts are typically between five and 15 minutes long—and some are as short as three minutes. In fact, ask any CrossFitter for the hardest workout they’ve ever done, and chances are they’ll say “Fran,” which entails 21 thrusters, 21 pull-ups, 15 reps of each movement, and then 9 reps. CrossFit Games athletes complete this workout is under two minutes! A slightly longer workout might be a 15 Minutes AMRAP (as many reps as possible), which consists of doing 19 wallballs and 19 calories on the rower over and over until time runs out. “The clock is a factor during the MetCon because it motivates people to keep moving without taking too long of a rest,” says Wagner. 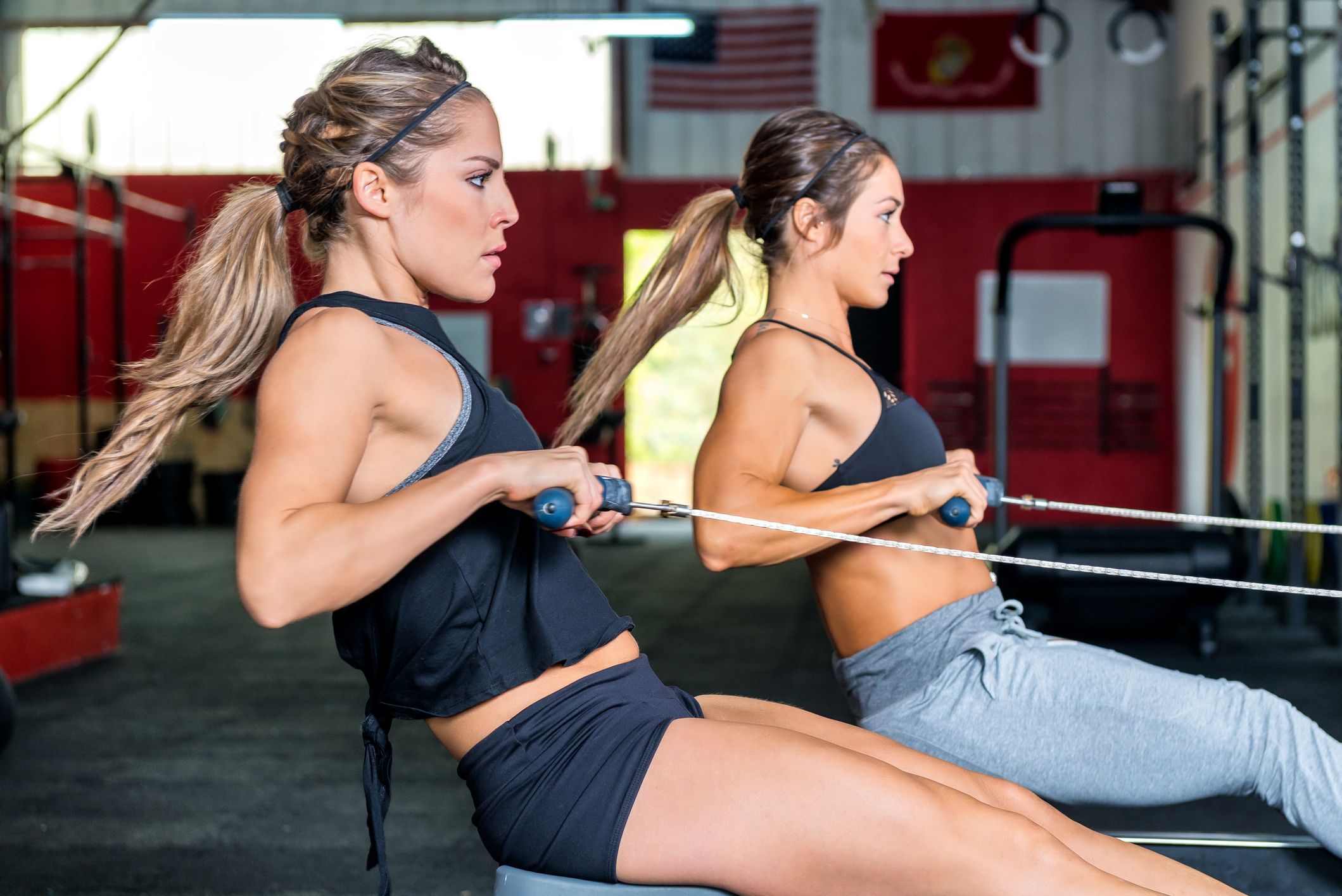 After, if there’s still time left in class, some CrossFit boxes will run an official, coach-led cool down, while other boxes will have a suggested cool down written up on the board. “This may consist of short, low intensity rowing, foam rolling, or static or dynamic stretching,” explains Mecayla Froerer, CPT with iFit.

If this sounds like A LOT, don’t worry, the coach (or coaches, depending on the class cap, some boxes will have more than one coach on the floor) will guide you through the whole thing.

Is CrossFit good for losing weight?

When it comes to weight loss, “CrossFit workouts are effective due to their total body, high intensity style,” Froerer explains.”These high intensity workouts keep your heart rate elevated while simultaneously building strength and endurance. This allows your body to burn a large number of calories in a short period of time.” In fact, “you can actually burn more calories in 20 minutes with a CrossFit workout than you could on an elliptical for an hour,” says Tessie Tracy, a CF L2 Coach and Health Coach based in Los Angeles, California. 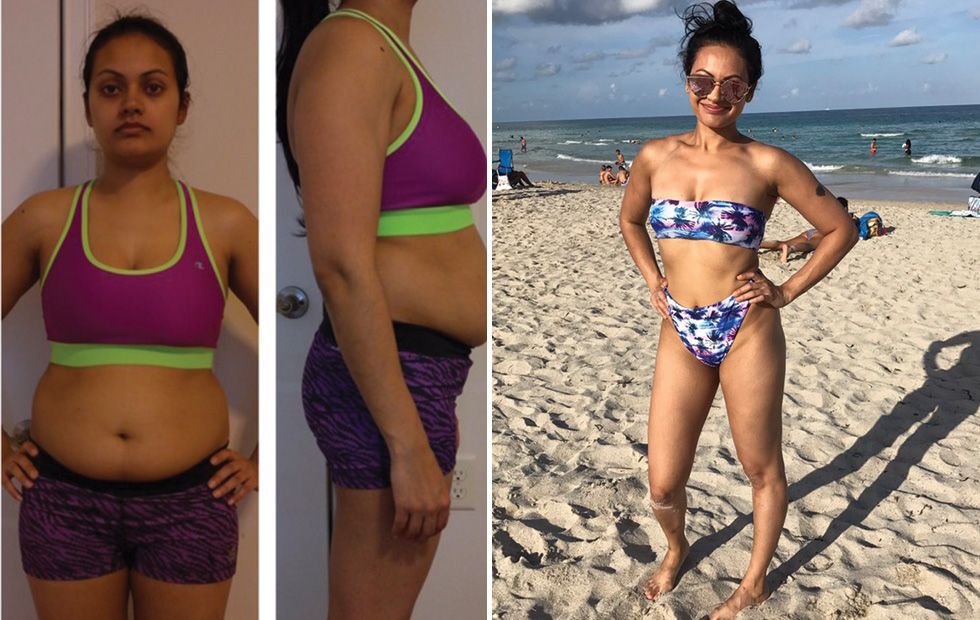 How many calories exactly? According to one study out of the University of Wisconsin-La Crosse’ women burned over 12 calories per minute during the MetCon. Again, the workout may take less than 15 minutes, so if that seems low, consider the following: “After a high-intensity workout, individuals will experience something called the excess post-exercise oxygen consumption effect (or EPOC),” says Froerer. Essentially, it is a period of time after your workout where you’re consuming oxygen at a higher rate in order to bring your body back to rest.An increase in oxygen consumption requires energy, which means you continue to burn calories even after your workout is over.” Plus, over time, “you’ll be building lean muscle mass which boosts your metabolism,” says Carvajal.

“My biggest tip for using CrossFit to lose weight would be to go at least three times a week.”

Keep in mind, though, that if weight loss is your overall goal, consistency is queen. “My biggest tip for using CrossFit to lose weight would be to go at least three times a week,” says Tracy. “I also recommend you track your progress, write down your workout scores/times, and use this information to increase intensity. Maintain this for six weeks and be amazed by the results you experience!”

That said, how much weight you lose, and how quickly depends on a host of factors including nutrition, stress levels, genetics, and sleep quality. “CrossFit can help you burn a lot of calories, but if you truly want to lose weight you need to watch what you eat,” explains registered dietitian Julie Upton R.D. CF-L1, co-founder of Appetite for Health. “CrossFit promotes a diet that is higher in protein and healthy fats and is lower in carbohydrates than the current typical American diet for overall health.”

“The number on the scale is not as important as a person’s body composition.”

And it’s important to note that not all gains (or losses) can be measured in pounds. “The number on the scale is not as important as a person’s body composition—or, how much of their body is made up of muscle vs fat,” says Wagner. Muscle weighs more than fat, which means “you might have more lean muscle on our body and your clothes might be fitting looser, even if your weight isn’t actually dropping,” Tracy adds.

“Whatever your goals, if it’s your first time you should expect to push yourself, be ready to make some new friends, and have fun,” says Froning. “Too often I see people make going to the gym an added stress when it should be a stress relief.”