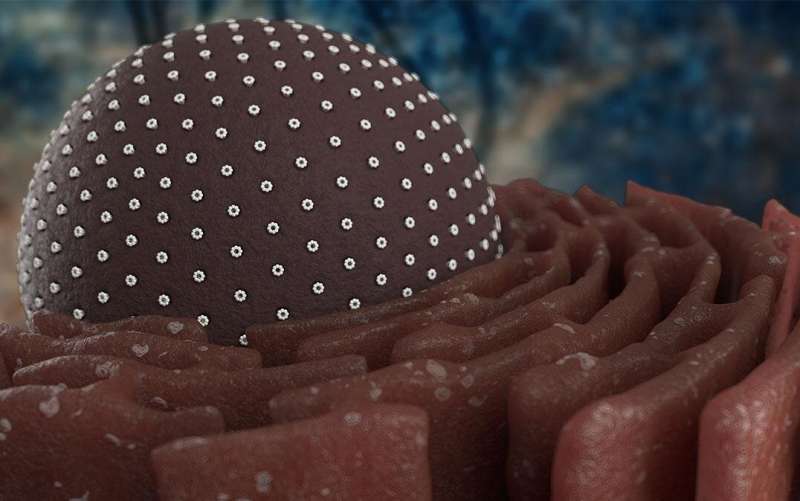 Anyone who has ever gotten stuck in a traffic jam can attest to the disruption that it causes to your day. Now, researchers from Japan have found that an autism-associated mutation can cause a traffic jam of unfolded proteins that disrupts normal brain function.

In a study that was recently published in Scientific Reports, researchers from the University of Tsukuba reveal that a mutation in an autism-associated protein called Hevin impairs its normal processing and secretion.

Many gene mutations associated with autism spectrum disorder have been identified to date, including some mutations that are inherited. However, in most cases the functional effects of these mutations have not been determined.

“We previously found that mutation of the Usp15 gene, which is closely associated with autism, increases the probability of splicing errors and induces endoplasmic reticulum stress by activating the unfolded protein response,” explains Professor Fuminori Tsuruta. “However, it remained unclear how it causes these effects.”

To address this, the researchers looked for autism-associated variants that exhibited abnormal splicing in the absence of Usp15 in mouse brains and found that the tail end of the transcript encoding a protein called Hevin tends to be lacking. Intriguingly, a mutation in the same part of Hevin, known as the EF-hand motif, has been associated with a familial case of autism.

“Analysis of the Hevin deletion mutant and the Hevin variant with a single point mutation showed that both mutants accumulated in the endoplasmic reticulum, leading to activation of the unfolded protein response,” says Professor Tsuruta.

Importantly, structural modeling of the Hevin mutation associated with familial autism showed that this single amino acid substitution triggers exposure of a hydrophobic amino acid to the surface. This change is likely to cause structural instability and interfere with export from the endoplasmic reticulum.

“Taken together, our findings suggest that the integrity of the EF-hand motif in Hevin is crucial for proper folding, and that autism-related mutations impair the export of Hevin from the endoplasmic reticulum,” says Professor Tsuruta.