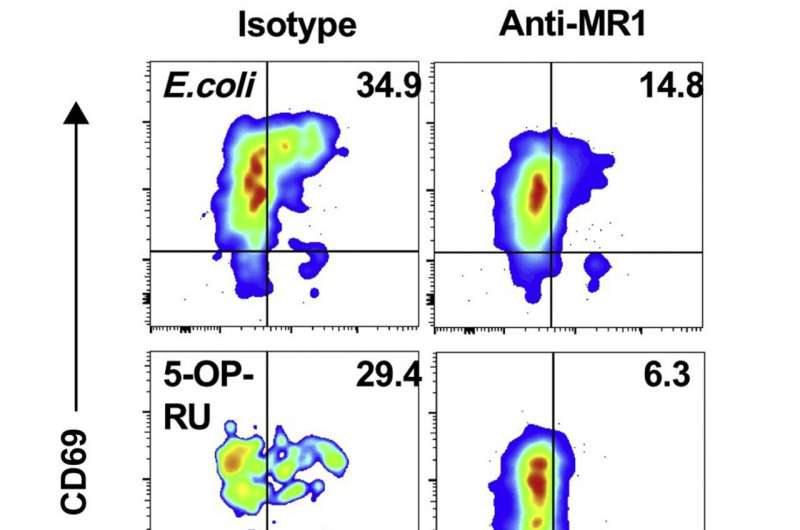 Primary sclerosing cholangitis (PSC) is a disease in which inflammation causes scars in the bile duct, leading to liver failure, infections, and tumors. Up to 80% of PSC patients have inflammatory bowel disease. Major aspects of PSC pathophysiology are unknown. There is no pharmaceutical therapy, and liver transplantation is the only curative treatment. Now, investigators have established that mucosal-associated T (MAIT) cells, which are present in a range of diseases, also potentially play an important role in the pathophysiology of PSC that can have implications for treatment. Their work is presented in The American Journal of Pathology.

The bile microbiome has been implicated in PSC as a primary factor or an important modulator. “MAIT cells are very prevalent in the liver, and they directly interact with microbial metabolites,” explained lead investigator Espen Melum, MD, Ph.D., Norwegian PSC Research Center, Oslo University Hospital, and Institute of Clinical Medicine and Hybrid Technology Hub-Center of Excellence, University of Oslo, Oslo, Norway.

“When it was recently reported that PSC patients had a distinct set of bacteria in bile, we wanted to explore whether bile contains major histocompatibility complex class I-related gene protein (MR1) restricted antigens that can be processed by cholangiocytes and presented to MAIT cells to initiate or modulate the immune response in inflammatory bile disease,” Dr. Melum continued.

To investigate the presence of potential MAIT cell antigens in the bile of PSC patients, researchers screened bile from 28 patients collected at the time of liver transplantation due to PSC using peripheral blood mononuclear cells from healthy donors followed by analysis flow cytometry. They found that MAIT cells were activated by antigens in eight of the 28 samples, suggesting a role in regulating the immune response against bile-derived pathogens. The activation was partly MR1-dependent in five of the eight bile samples, implying the involvement of the MR1-T-cell receptor pathway.

The investigators also tested bile from seven patients with other chronic liver diseases to see if the presence of MAIT antigens in bile was specific to patients with PSC. Two of the seven bile samples activated MAIT antigens, but the activation was less potent and not MR1 restricted.

To determine if the MAIT cell–activating antigens were of microbial origin, all 35 bile samples in the study were screened by genetic sequencing. Microbial DNA was detected in 15 of the samples, and all the samples with bacterial colonization were from PSC patients. Of the eight MAIT cell–activating bile samples, microbial DNA was detected in five, and those five were the samples that activated MAIT cells in an MR1-dependent manner. Bacteria known to potently activate MAIT cells through T-cell receptor–mediated activation were identified in these samples.