Brazilian butt-lift surgeons have been warned on how to properly inject fat during the procedure.

Concerns are growing over the increasingly popular cosmetic surgery due to an ‘alarming’ number of deaths.

It involves taking fat from various parts of the body, normally the stomach, and injecting it back into the butt to create a fuller shape.

But injecting the fat into the muscle – rather than just beneath the skin – means fat cells can enter the bloodstream, researchers say.

Scientists found this could cause a blockage to the arteries in the lungs, which is life-threatening because it reduces blood flow.

Although they suggest there is a ‘safe’ way to administer the injections, British experts are not convinced.

The warning comes after Danea Plasencia, 28, of Florida, died of complications soon after she underwent a Brazilian butt lift last week. 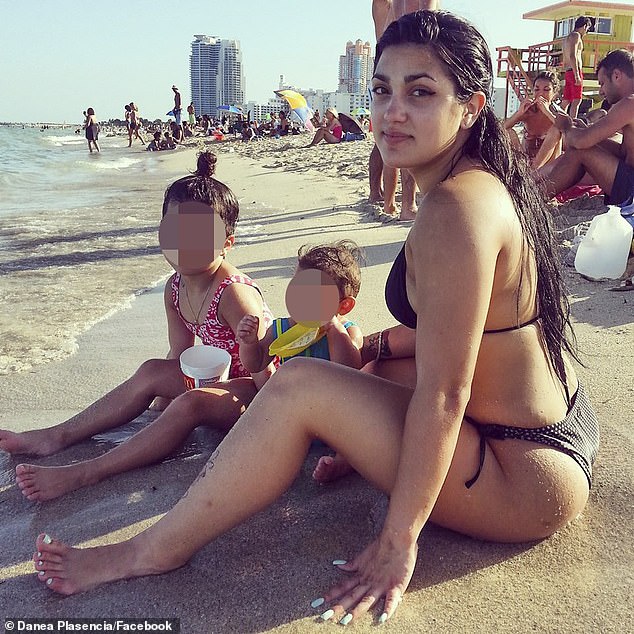 Brazilian butt-lift surgeons have been warned on how to properly inject fat during the celebrity-loved procedure. Danea Plasencia, 28, died on May 10, 2019, from complications after she had undergone the operation at Mia Aesthetics 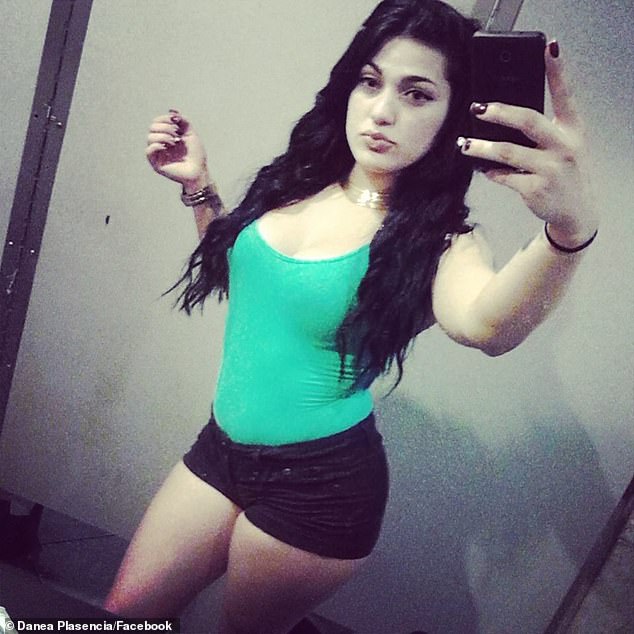 The increasingly popular cosmetic surgery is a growing concern among experts due to an ‘alarming’ number of deaths, including that of Ms Plasencia, pictured

The researchers, in Boston, reassured that the procedure is still safe, but only if injections are done properly.

Dr Daniel Del Vecchio, a plastic surgeon and leading global expert in the field, and colleagues analysed patterns of fat spread in the buttocks area after injection.

Four approaches to the injection, which may be used by surgeons, were evaluated using deceased bodies.

In three of the four injection techniques, the spread of the simulated fat stayed in the area beneath the skin, called the subcutaneous area.

HOW COMMON IS THE BRAZILIAN BUTT LIFT?

With a Brazilian butt lift, fat is taken from various parts of the body and put with the buttocks.

It has grown increasingly popular in the United States, becoming the fastest-growing type of plastic surgery, according to 2015 statistics from the American Society of Plastic Surgeons.

More than 24,000 buttock augmentation with fat grafting procedures were performed in 2018, an increase of 19 per cent over the previous year, according to ASPS.

Injecting fat into the butt can lead to problems if done improperly, including fat embolism – which is when fat enters the bloodstream and blocks a blood vessel.

The estimated death rate for BBL is 1 in 3000, according to PlasticSurgery.org.

Even when small holes, sometimes multiple, were made through the fascia, which is a web of connective tissue layer separating the muscle from the subcutaneous space, the fat hardly spread into the muscle.

However, in the fourth approach, where multiple punctures were made in the gluteal muscle, large amounts of fat cells were found under the muscle.

This demonstrated that ‘deep intramuscular migration’ had occurred, which could have serious consequences.

When fat has migrated into the submuscular space, damage to the veins in that area could allow fat cells to enter the circulation, with a potential risk of pulmonary embolism.

A pulmonary embolism is a blocked blood vessel in the lungs, usually caused by a blood clot travelling up from one of the deep veins the leg.

It can be life-threatening if not treated quickly.

The researchers said when the fat is limited from spreading out from the subcutaneous area, this is the ‘safe zone’.

The researchers said: ‘These persuasive findings are profound enough to propose a new standard of care: no subfascial or intramuscular injection should be performed, and all injections should be done exclusively into the subcutaneous tissue.

‘If you are considering buttock augmentation procedures, please do so safely.’

But Dr Paul Harris, president of The British Association of Aesthetic Plastic Surgeons (BAAPS), said the procedure is not recommended to be undertaken by UK surgeons at all because it is not safe enough.

He told MailOnline: ‘As of yet, it’s not proven that it is safe to go ahead.

‘This paper is a good step in the right direction and essential in finding out what the critical factors are. But it’s not enough.

‘Alarmingly, in recent weeks, there has been a death in the Dominican Republic, Mexico and Miami.’

The Brazilian butt lift was pioneered by Dr Foued Hamza, a French cosmetic surgeon, and can cost between £6,500 and £10,000.

According to Dr Harris, surgeons are divided on whether injecting into the fat or the muscle gives the best results.

More than 24,000 buttock augmentation with fat grafting procedures were performed in 2018 in the US, according to statistics from American Society of Plastic Surgeons (ASPS), an increase of 19 per cent over the previous year.

As well as BAAPS, the ASPS issued an urgent warning regarding the ‘alarming’ number of deaths related to the procedure.

Generally, implants, which are still being used in the UK, are regarded as safer.

Despite sometimes causing pain, uneven results and rejection in some cases, there are no known deaths.

But Dr Harris said if surgeons worldwide can make the Brazilian butt lift safer, it will have the best outcomes.

The study appears in Plastic and Reconstructive Surgery, the official medical journal of the American Society of Plastic Surgeons (ASPS).

A Florida woman who underwent a Brazilian butt lift died in a hospital soon after the procedure.

At approximately 11.13am on May 10, 2019, the Miami Dade Police Department said they received a call about a woman in distress at Mia Aesthetics.

Danea Plasencia, 28, was developing complications after she underwent the operation, her family explained to NBC Miami.

‘Then they moved her body to the stretcher, and all of a sudden, she became blue,’ said her grandfather, Marcio C. Ferez.

The mother-of-three was rushed to Baptist Hospital but died once there. Police are now investigating her death.

Ms Plasencia had just celebrated her 28th birthday. The mother of three leaves behind children ages nine, five and one. 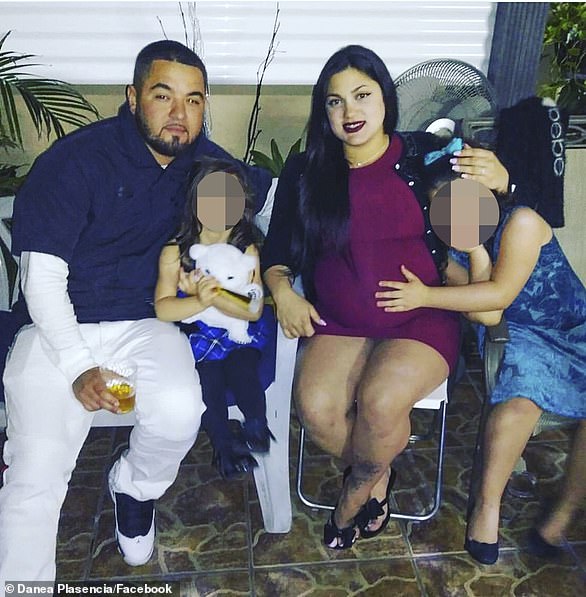 Ms Plasencia had just celebrated her 28th birthday. The mother of three leaves behind children ages nine, five and one.

Mia Aesthetics released a statement offering their condolences to her family.

‘Throughout our years of operations and thousands of procedures performed, this is the first and only fatality we have endured,’ the statement stated.

‘Our team is devastated by this tragedy and feels that each and every one of our patients is part of our family. We strive to provide the most advanced plastic surgery treatment for our patients.

‘Each of our surgeons is board-certified or board-eligible by the American Board of Plastic Surgery, and we are constantly evaluating our practices to ensure our patients receive the safest and best care.

‘Despite these practices, serious surgery comes with the risk of rare, unintended and tragic results. We are fully dedicated to investigating why today’s tragedy occurred. We will be fully transparent with our patients and with the public as more details emerge.’

The mother’s death is the latest of at least 12 women who have passed in South Florida in recent years. A recent study found that people are 20 times more likely to die after a butt lift surgery than any other surgery.