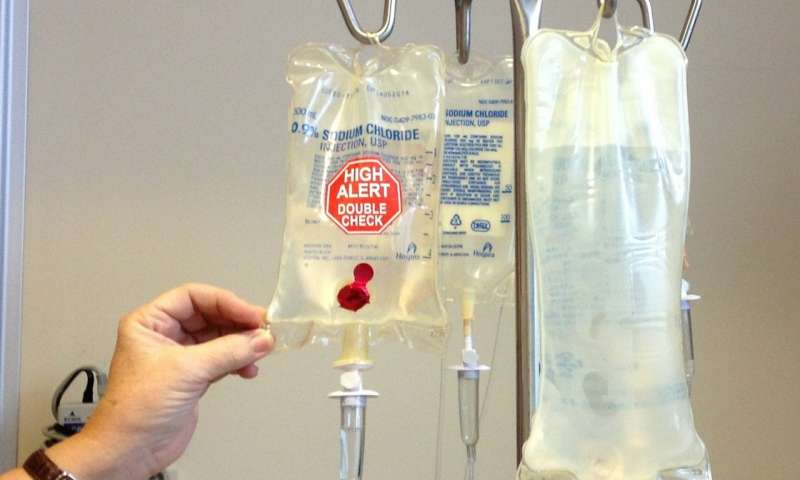 UCLA researchers have found that chemotherapy is not commonly used when treating adults with localized sarcoma, a rare type of cancer of the soft tissues or bone. In a nationwide analysis of nearly 20,000 patients whose cancer had not yet spread to other organs, the scientists learned that only 22% were treated with some form of chemotherapy.

The researchers found that even among patients with the largest and most aggressive tumors, less than half (45%) received chemotherapy. The team also found that patients were more likely to be treated with chemotherapy at facilities that perform at least 55 surgeries for sarcoma each year, versus people who received care at facilities that perform fewer such surgeries.

Although experts have debated the benefit of chemotherapy for people with localized sarcoma, several studies, including a recent randomized clinical trial, have demonstrated that chemotherapy can prolong the survival of patients with larger, more aggressive sarcomas. Because chemotherapy targets the cancer cells that have started escaping from the tumor and moving on to other places, such as the lungs or liver, it’s often the only way to prevent or reduce the risk of the cancer spreading. Although it can cause side effects, like nausea and hair loss, chemotherapy can help prolong survival or even help cure patients of the disease.

Other studies, however, have not found a clear benefit to chemotherapy for treating localized sarcoma, so there is a lack of clear guidelines on the role, number of agents or timing of chemotherapy for managing high-risk sarcoma in adults.

Using the National Cancer Database, researchers analyzed patterns of care for 19,969 adults who underwent surgery for primary high-grade soft tissue sarcoma from 2004 to 2016.