The coronavirus disease 2019 (COVID-19) pandemic threatens those with weakened immune systems the most, including both the immunocompromised and the elderly. The overwhelming majority of the over 4.87 million deaths worldwide were from at-risk individuals. Many of the restrictions that governments around the world used to protect their population, including wearing masks, social distancing, and closing public places, were even more severe for the immunocompromised, many of whom felt that it was necessary to 'shield' to stay safe, and had to avoid other people for far longer than the immunocompetent. 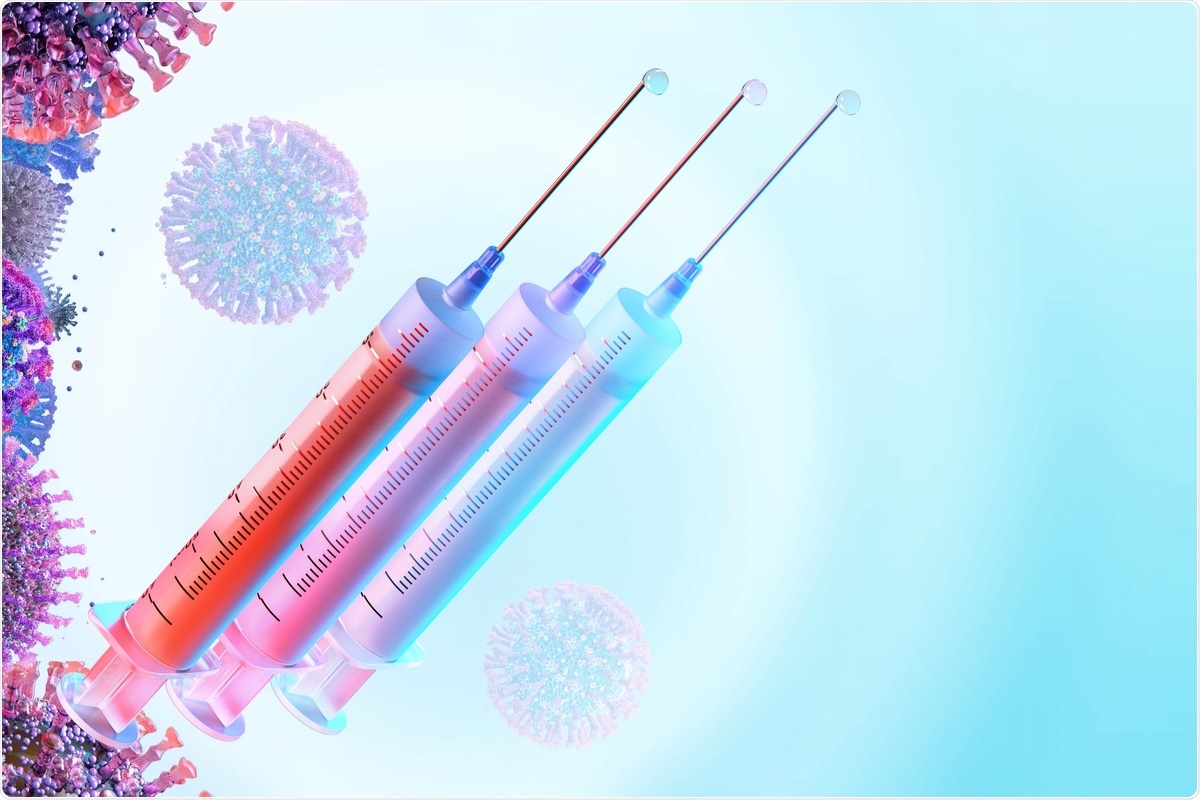 Researchers have published correspondence in The Lancet Gastroenterology & Hepatology on behalf of the British Society of Gastroenterology Inflammatory Bowel Disease section and the Inflammatory Bowel Disease Clinical Research Group detailing the reasoning behind providing a third booster dose to patients with inflammatory bowel disease that have been treated with drugs that can reduce the response to the COVID-19 vaccines.

Traditionally vaccines are made from attenuated viruses. These viruses allow the immune system to recognize viral surface proteins and produce B cells and antibodies against them with no risk of infection. However, this is dangerous in some cases as inactivated viruses reactivate, or attenuated viruses gain traits from an active virus already within the body. mRNA viruses avoid this as they only use viral mRNA that encodes for a viral protein. The host's cell machinery is used to express this, producing the antibody target without any structural proteins or replicative ability. This completely removes the risks caused by more standard viruses.

mRNA vaccines against severe acute respiratory syndrome coronavirus 2 (SARS-CoV-2) generally target either the complete spike protein or the receptor-binding domain (RBD) of the S1 subunit of the spike protein. The spike protein is critical for SARS-CoV-2 pathogenicity in humans. The RBD binds to angiotensin-converting enzyme 2 (ACE2) to permit viral cell entry, and the N-terminal domain of the S2 subunit is responsible for membrane fusion.

However, in immunocompromised individuals, immunity is known to be weaker in the first place and decreases over time. This can be due to the reduced lifespan of memory B cells, an overall reduced immune response, or an inability to produce enough neutralizing antibodies to prevent viral entry.

The researchers argue that there is comprehensive and clear evidence that those treated with anti-TNF drugs or anti-integrin agents show reduced serological response to SARS-CoV-2 and that this response becomes weaker over time.

However, the current doses of these drugs used in patients with inflammatory bowel disease are below the current threshold to receive a third dose, leaving many individuals at increased risk of becoming infected with COVID-19 and an increased risk of a more severe disease once infected. This leaves them faced with the choice of continuing with the medication and facing the danger of COVID-19, or ending their medication and risking the progression of the disease.

The researchers argue that inflammatory bowel disease patients receiving immunosuppressant drugs should be offered similar treatment to individuals suffering from rheumatism: they should be offered a third dose eight weeks after the second dose. As variants of concern are on the rise, studies are already showing that the current vaccines have reduced effectivity against strains such as the Delta variant. As the Delta variant has been shown to evade both natural and vaccine-induced immunity, transmission is possible even in double-vaccinated individuals.

As many of the current restrictions are removed, and borders begin to be opened once more, even more variants will likely begin to emerge. It is a key moment to ensure the protection of the immunocompromised against COVID-19. The British Society of Gastroenterology strongly recommends that the government extend the offer of a third dose to individuals suffering from inflammatory bowel disease.

Sam completed his MSci in Genetics at the University of Nottingham in 2019, fuelled initially by an interest in genetic ageing. As part of his degree, he also investigated the role of rnh genes in originless replication in archaea.