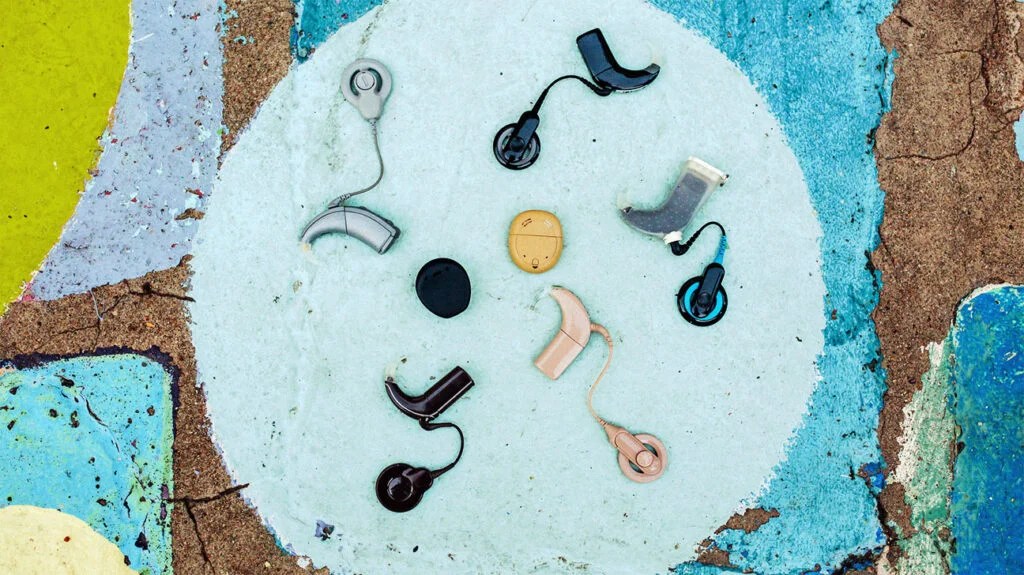 As we get older, most of us experience a gradual loss of hearing. One in 3 people ages between 65 and 74 has some hearing loss, and almost half of those over 75 have difficulty hearing.

Many people with age-related hearing loss, or presbycusis, find hearing aids — electronic implements worn behind or in the ear — effective. These devices receive and magnify sound so the person can hear more clearly.

Those with more severe hearing loss or who find hearing aids ineffective may benefit from a cochlear implant. This is a small surgical implant that bypasses damaged portions of the ear and directly stimulates the auditory nerve. Signals from the auditory nerve are then interpreted by the brain.

Hearing through a cochlear implant is different from typical hearing, so it takes time for a person to become accustomed to hearing with it.

Research has suggested that there may be an association between age-related hearing loss and dementia, although a causal relationship has not yet been found.

Now, a meta-analysis by researchers in Singapore, published in JAMA Neurology, has found that using hearing aids or having a cochlear implant to treat age-related hearing loss may reduce a person’s risk of subsequent cognitive decline, such as dementia, by as much as 19%.

“We’ve seen in previous research that sensory impairments, like hearing loss, are associated with a higher risk for dementia. But this research tells us that addressing hearing loss—in this case, with hearing restorative devices such as hearing aids—may reduce the risk of cognitive decline.”

Research has shown an association between age-related hearing loss and dementia. Although no causal link has yet been established, it is thought that hearing loss may increase the likelihood of dementia in one of the following ways:

In the new study, the researchers first screened 3,243 studies. Of these, they analyzed 31 studies with a total of 137,484 participants. They then further analyzed 19 studies quantitatively.

The researchers analyzed cognitive scores and longitudinal data to investigate the long-term associations of hearing aids and implants with cognitive impairment and dementia.

By pooling the results of several small randomized clinical trials and observational studies, they gave their analysis greater statistical power.

In their meta-analysis, the researchers found a significantly lower risk of cognitive decline in those with hearing aids than in those with uncorrected hearing loss.

Hearing correction reduced the risk of all stages of cognitive decline — mild cognitive impairment (MCI), conversion of MCI to dementia and incident dementia — by 19%.

Dr. Emer MacSweeney, CEO and consultant neuroradiologist at Re:Cognition Health, who was not involved in the study, told Medical News Today:

“The study certainly supports the early intervention, with hearing devices, for individuals with a decline in their hearing, especially in the context of concurrent cognitive decline.”

The researchers also analyzed short-term cognitive test scores for participants before and after using hearing restorative devices and found a 3% improvement in scores when the devices were used.

“There are multiple pathways possible to explain this association. For example, it could be that people with hearing restorative devices are able to more fully participate and follow through on the cognitive assessments, or there may be a more mechanistic connection. This shows us an association that if you address hearing loss with intervention, you may benefit how someone rates on a cognitive evaluation,” Dr. Snyder said.

However, Dr. MacSweeney urged caution in placing too much emphasis on the improvement in cognitive scores.

“It is well recognized on cognitive testing that an individual’s score is influenced, significantly, by how much of the question or instruction given by the examiner is heard, clearly, and therefore understood by the individual being tested. The MMSE and MoCA tests, used in the report, both require an individual to understand the verbal instructions, given by the examiner,” she stressed.

“It is not unlikely that the better scores, with a hearing device, indicated a greater ability for the individual to take part in the cognitive tests and therefore to gain a score which more accurately reflected their true cognitive ability,” she added.

The authors feel their findings show that it is likely that the cognitive burden of hearing loss may be responsible for the link with dementia rather than there being a linked physical cause.

In addition, there is a link between loneliness and social isolation, and dementia. One study found that an extensive social network seems to protect against dementia.

“When individuals have difficulty hearing they tend to ‘zone out’ and lose concentration in a conversation and become gradually less engaged in […] life around them, and then gradually make increasingly less effort to interact.”

So, by lessening a person’s social isolation, hearing aids may also lessen cognitive impairment. The researchers call for further research in this area.

Dr. Snyder advised it might also be beneficial to assess the two conditions in parallel:

“Assessment of sensory function should also play a role in assessing cognitive changes and diagnosing Alzheimer’s. People with sensory impairments like vision or hearing loss should track them and discuss them with their doctor. Family members can play an important role in paying attention to sensory changes and encouraging assessment and follow up.”

“This publication supports the long-held intuitive advice that it makes complete sense to get hearing devices as soon as one’s hearing declines, especially if an individual is also developing signs of dementia, for whatever cause.”
— Dr. Emer MacSweeney