Dementia expert tells ministers ‘put money where your mouth is’

John Barnes opens up on his aunt’s dementia on GMB

He said a speech by former health secretary Sajid Javid in May revealing plans for a 10-year national dementia strategy had repeatedly mentioned ambition. But Prof De Strooper insisted: “If you listen to what he was saying, it was basically all the same things that have been said already. “The only thing he was saying is that we need more ambition. I absolutely agree. Put your money where your mouth is.”

Prof De Strooper has led the esteemed UK Dementia Research Institute since it launched in 2017.

It involves more than 750 experts at seven centres across the UK coordinating studies into dementia, including those linked to Alzheimer’s or Parkinson’s plus vascular and frontotemporal.

The Belgian molecular biologist gave his full support to the Daily Express Time to Deliver Dementia Cash campaign as he spoke of his hopes. He said treatments to slow or even stop the condition were “much closer than people claim” and public opinion was finally shaking off the idea that dementia is an inevitable part of getting old.

But he criticised ministers for failing to deliver pledged funding, including the Dementia Moonshot detailed in the 2019 Conservative manifesto.

Boris Johnson had vowed to double funding for research to £160million per year over a decade and speed up drug trials.

Three years later, the cash injection has ­not materialised and funding ­has instead fallen to just £75million per year for all neurodegenerative diseases.

Prof De Strooper said: “The UKDRI budget is £30million a year, which sounds like a lot but is basically almost 30 percent less than what was promised. 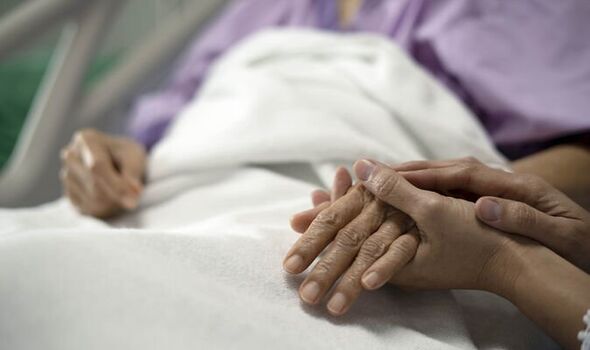 “A similar institute, the German Center for Neurodegenerative Diseases, has £80million.”

A 10-year government plan is expected to set out how new medicines and technology can be harnessed to improve patients’ lives.

Prof De Strooper said it must address the short-term need to improve the lives of people with dementia and their carers as well as the longer-term goal of curing the diseases that cause it.

He also called for more collaborative research across different types of neurodegenerative disorders, saying: “We need to think about them in the same way.”

New tools for early diagnosis are desperately required to be alert to the condition when brain changes are just beginning, the stage at which drugs are more likely to be effective.

There have been no new medicines approved to treat dementia in the UK for 20 years.

But Prof De Strooper is more optimistic than some experts about the potential for disease-modifying treatments that can slow or stop dementia, rather than just masking symptoms.

The drug aducanumab was approved for use in the US last year but rejected by the European Medicines Agency.

Prof De Strooper added: “I think we have some therapies on the shelves that need to be taken again and tested in very specific, stratified early populations.”

He also reflected on the experience of his mother having dementia, saying it triggered a “deep ­crisis” when he was not able to offer her any new treatments.

Prof De Strooper said the pandemic had shown how research can be accelerated dramatically if backed by large investments.

The Department of Health and Social Care said: “We have spent over £75million on dementia and neurodegeneration research in 2019/20, including research on the mechanisms of dementia, ways to prevent dementia, care and quality of life, and research on treatments.”