Diabetes is a common condition that affects more than four million people in the UK, and 90 per cent of cases are caused by type 2 diabetes. The condition may be caused by the pancreas not producing enough of the hormone insulin, or the body not reacting to insulin. Without enough of the hormone, the body struggles to convert sugar in the blood into useable energy. You could also be at risk of diabetes if you often feeling hungry, even after eating a big meal, it’s been claimed.

Feeling peckish after your dinner is a warning sign of high blood sugar, according to LighterLife’s Medical Director, Dr Matthew Capehorn.

Everyone should be full for at least six hours after an evening meal, he said.

So, if you suddenly find yourself wanting a snack before bed, you should consider being tested for diabetes, he added.

“It’s very important to remember that patients with undiagnosed type 2 diabetes may have no symptoms at all,” said Capehorn.

“The feeling of being hungry is complicated. You may be hungry for physiological reasons – when your body is telling you to eat because it’s low on fuel.

“However, many of us eat when we’re not really hungry – out of habit, or for comfort – and we know that people’s emotional relationship with food is a contributing factor to the growing rates of obesity in society. 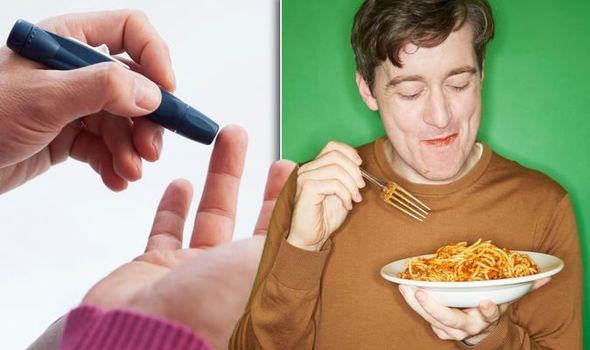 “After your evening meal you should be full for six to eight hours, so if you get the munchies an hour or two later in front of the television, it’s more likely to be psychological hunger.

“However, if your body isn’t correctly metabolising the sugars you eat and using them for fuel, you may be left feeling persistently hungry, so it’s always worth considering a diagnosis of diabetes.”

You could also be at risk of diabetes if you often feel thirsty, even after drinking, he added.

While most people need a drink after doing exercise, or after eating a particularly salty food, but it’s not normal to keep drinking for no obvious reason.

It’s linked to the kidneys needing extra water to flush out the excess sugar in the blood. 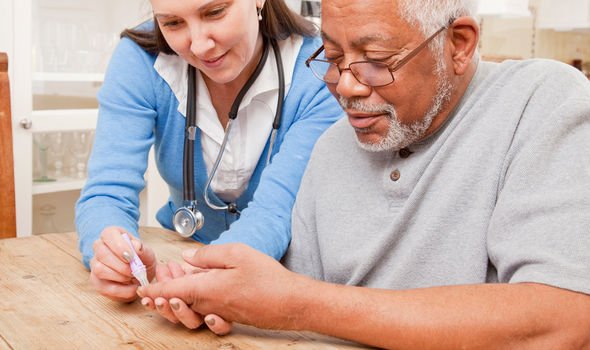 Diabetes is a common life-long health condition. There are 3.5 million people diagnosed with diabetes in the UK and an estimated 500,000 who are living undiagnosed with the condition

A classic symptom of diabetes can lead to rapid weight loss

But many people may have diabetes without even knowing it, because the symptoms don’t necessarily make you feel unwell.

Speak to a doctor if you’re worried about the symptoms of diabetes, or if you think you may be at risk.

You could lower your risk of the condition by eating a healthy, balanced diet, and by doing regular exercise.

Everyone should aim to do at least 150 minutes of moderate-intensity activity every week.