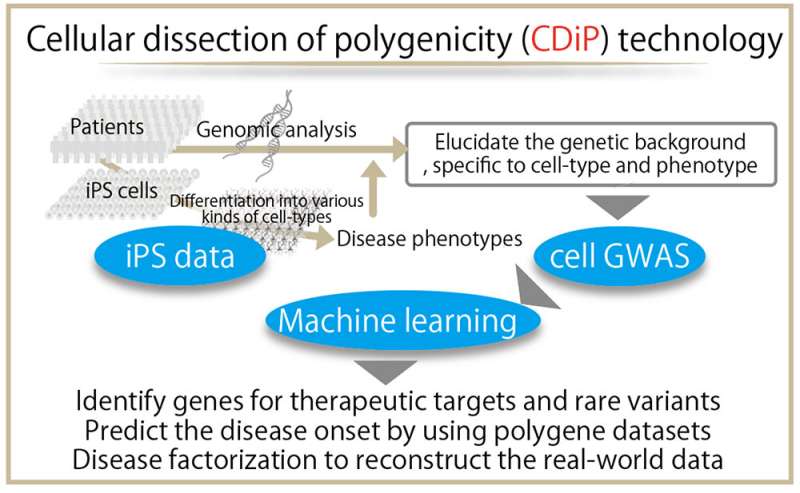 A research team led by CiRA Professor Haruhisa Inoue has developed a cellular dissection of polygenicity (CDiP) technology, which enables the reconstruction of the clinical conditions of Alzheimer’s disease (AD) from patients’ genetic data by using iPS cells and artificial intelligence.

First, the group used the “iPS Cohort,” which consists of iPS cells generated from 102 patients with sporadic AD, and then the iPS cells were differentiated into cerebral cortex neurons. A genome-wide analysis on the neuronal production of amyloid β was conducted to understand the cellular polygenicity of sporadic AD by decomposing the complicated AD pathology into cell types and phenotypes, which show pathological traits.