DNA accounts for 35% of feelings of loneliness, twin study finds 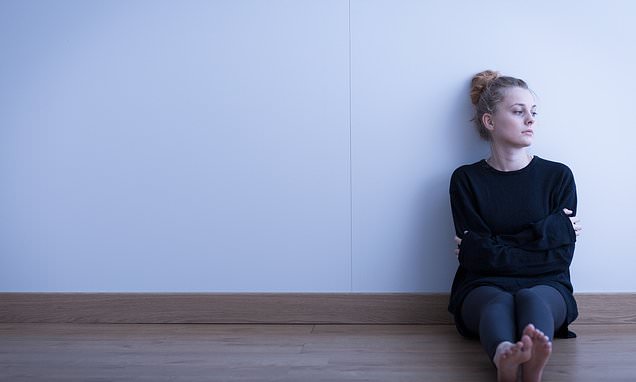 Loneliness IS genetic: DNA accounts for 35% of feelings of isolation – but quality time with friends can outweigh it, twin study finds

Loneliness is written into our DNA, according to a new study.

But these genes still respond to the world around us, so your DNA doesn’t necessarily doom you to be lonely, the University of Western Ontario study authors say.

Your DNA explains about 35 percent of your propensity to feel lonely, they discovered.

By studying adult twins, the researchers found that those who have many genetic factors for the personality trait of neuroticism are also more likely to feel lonely.

These factors mean that some people are simply more prone to feel lonely – but finding connections and companionship can still help undo genetic tendencies for isolation. 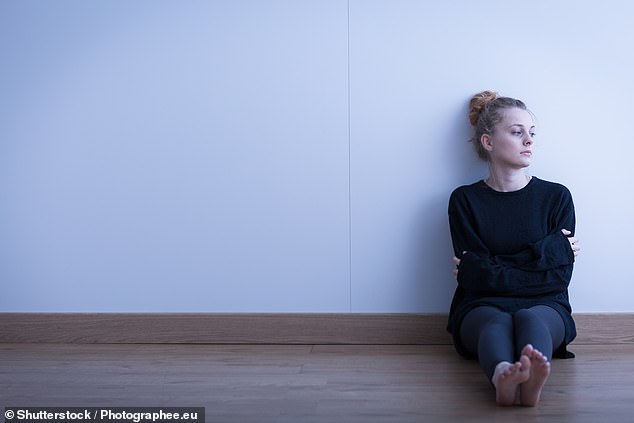 Our genes account for about 35 percent of our risks for loneliness, according to a new University of Western Ontario study that linked lonely DNA to neuroticism DNA

The so-called loneliness epidemic is not just making people sadder, it also poses dangers to our over-arching health.

Social isolation has been linked to higher risks of cardiovascular disease, obesity, diabetes and even death.

As social creatures, we have evolved to be at our best around others.

But if you’ve ever felt helplessly lonely in a crowded room, it might be your ancestors’ fault (in part).

To be more exact, about 35 percent of our loneliness is explained by our genes, according to the new study, published in the Journal of Research in Personality.

That doesn’t mean that some people are doomed to be lonely while others aren’t.

Instead, you can think about like the growth potential of a plant.

‘It inherits its potential height, but if it gets put in an environment without light, it won’t realize that height potential,’ explains Dr Julie Aitken Schermer, lead study author and a professor of management and organization at the University of Western Ontario.

Similarly, if someone with a predisposition to loneliness is ‘put into an enriching environment, they are more likely to experience loneliness.’

Parsing out the differences between genetic and environmental influences on loneliness is challenging for scientists, and where twin studies come in handy.

Take, for example a pair of twins, who are the exact same age, grow up in the same household with the same people and, depending on whether they are fraternal twins or identical, share 50 percent or 100 percent of their DNA.

In either case, they share more common factors than most two people, genetically and environmentally, until you put them in different classrooms.

‘If one makes friends in their class and is happy with the level of interaction they are having with other people, they are less likely to feel lonely,’ explains Dr Aitken Schermer.

‘The [identical] co-twin has the same genetic likelihood of loneliness and is in an environment that is not as fulfilling in terms of relationships, they are more likely to experience feelings of loneliness.’

Bolstering that notion, Dr Aitken Schermer’s study found that identical twins were more likely to feel similar levels of loneliness – even with different experiences – than were fraternal twins, who share only as much DNA as siblings.

While each of our personalities is unique and shaped by these experiences – enriching or not – there are some broad categories that are genetically inherited.

These are the ‘big five’ personality traits: openness, conscientiousness, extraversion, agreeableness, and neuroticism.

And neuroticism, previous research has shown, is linked to loneliness. But the new study ‘goes beyond that and says that there is a genetic factor causing co-expression of neuroticism and loneliness,’ says Dr Aitken Schermer.

‘If you’re neurotic you’re more likely to worry about your situation, your lot in life, and ruminate and that may exasperate your feelings of loneliness.’

Some may even fall into a category that Dr Aitken Schermer has created, informallly, or ‘meta-neuroticism’: worriers who worry about worrying.

‘This person worries about the fact that they’re making themselves harder to be with for others, but by focusing on that negative, they’re more likely to avoid interactions and feel more lonely because they’re not having that connection with others,’ she says.

But worriers, worry not – or at least not so much – there are things that you can do to counteract neuroticism.

Australian research has suggested that, paradoxically mindfulness – a practice of actively thinking about and being as mentally present in the moment as possible – may help stabilize neurotic people who have a tendency to be reactive.

That kind of presence doesn’t look the same for everyone, but probably means putting down our devices, suggests Dr Aitken Schermer.

‘As a society, I’m quite concerned we’re producing a lonelier group of people because they’re not inter-personally connected, they’re electronically connected,’ she says.

‘I’ve been teaching a long time and I used to walk into the classroom and all the students were chatting together and I had to tell them to pipe down for the lesson.

‘Now, I walk in and it’s silent and everyone is looking at their phones or laptops and, now, ironically, I tell them to put it down and talk to the people next to them. This is statistics! You might need help.

‘People are losing that support network because they’re isolating electronically.’

You can’t just spit in a tube and send it off to be tested for your loneliness risk factors, but you can take a moment to think about what feels less lonely to you, and consider what kinds of interactions will be like light to a plant and help you reach your ‘height’ potential.

‘Introverts may feel lonely but not need a lot of friends, just one good conversation. You can be honest with yourself in terms of deciding what degree of interaction you need to feel less lonely and more satisfied by life,’ Dr Aitken Schermer says.

And be honest with others, too, she advises.

‘We have to realize that we are social beings and having feelings of isolation is not a character fault and go interact with people,’ she says.

‘It’s not a weakness on your part, you’re showing insight into yourself. If you’re hungry, go eat.’