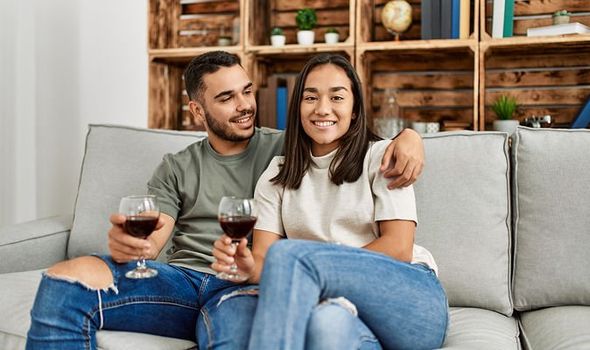 A similar proportion admitted they struggled to socialise without drink, though a third said they preferred socialising sober. Alcohol Change UK is urging people to consider the impact booze can have on relationships during Alcohol Awareness Week, which begins today.

The charity said the pandemic had created conditions for some people to drink more heavily while for others the easing of Covid restrictions may mean they feel pressured to drink more often when mixing with people.

Dr Richard Piper, chief executive of Alcohol Change UK, said: “With many of us drinking much more during the pandemic, our relationships at home, with friends and at work can become even tougher.”

The poll of 2,000 people also found that one in three agreed their relationships were healthier when they did not have alcohol.

Some 51 percent reported having, or having had, a friend, family member or partner with a booze problem.

Results varied among ethnic groups. A quarter of those from mixed ethnic heritage and 23 percent from Asian British backgrounds admitted having drink issues since May.

Almost a third of drinkers had felt anxious or stressed during or after drinking ‑ with 36 percent experiencing poor sleep, 28 percent being irritable and 31 percent feeling low.

Dr Piper added: “It’s important to remind ourselves and each other that alcohol is optional, not essential, to life. If it has become essential, we probably have a problem.

“By taking control of our drinking, rather than letting it control us, we can develop better, happier relationships as well as improved health and wellbeing.”

To find out more about Alcohol Awareness Week, visit www.alcoholchange.org.uk

What is happening where you live? Find out by adding your postcode or visit InYourArea

How my boozing indoors pressured our marriage

Dave, 57, admitted he realised there was a problem when he began boozing alone indoors and not just in the pub.

Emma said he became irritable and they fell out over silly things every night.

Dave left home and slept rough for four nights after one row, explaining: “It nearly killed me ‑ but the difference when I stopped drinking was incredible.

“After a couple of weeks, I slept better and I had more confidence.”

Emma, 50, said: “When he stopped drinking, positives began straight away.”