From sex dolls to kissing through plastic sheets: How Hollywood is filming intimate scenes during the pandemic 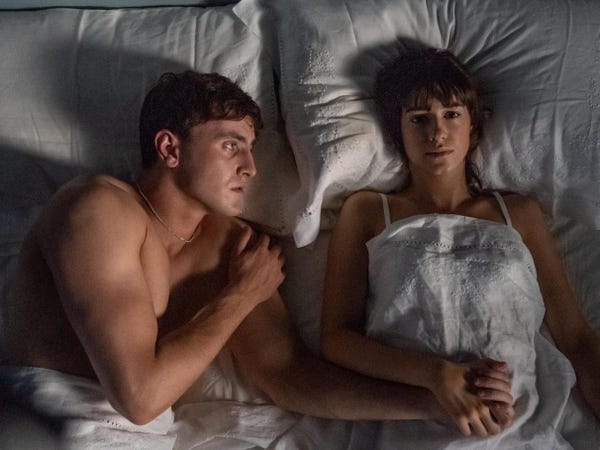 The coronavirus pandemic has changed nearly every industry, and Hollywood, where actors work in close quarters on indoor sets is no different.

As talents come out of lockdown ready to get back to work, producers have had to rethink how they shoot intimate sex scenes in television shows and movies.

Since the coronavirus spreads through tiny particles that an infected person exhales, talks, coughs, or sneezes into the air, Hollywood staffers are integrating methods and tools to prevent particle spread and keep their talents as safe as possible while on the job.

Limiting the number of people on set

In a June 16 interview with the Hollywood Reporter, "Bold & the Beautiful" soap opera producer Bradley Bell outlined his team's strategy for their first day back on set, June 17.

"We've been preparing for this over the last month, month and a half. We knew the day would come, so we've been modifying our spaces, modifying our studio, our booth, staying up to date on what the most important health and safety protocols are," Bell told THR reporter Rick Porter.

Those modifications include testing actors and the production team for COVID-19 at least once a week, keeping production team members at least six feet apart while filming, and limiting how many people can be on set at any given time.

When an actor has a scene that involves sex or romantic touching, Bell said that actor's significant other will be used instead of the typical professional double they would cast.

"So if you see hands touching faces in close proximity from a wide shot, instead of a stunt double we'll have a love-scene double, where it will be the husband or the wife doing the actual touching," Bell said. "Then when we edit it together, it will look like our couple on screen."

The concept came to fruition during an experimental take.

"When we were reviewing the scripts, we started taking out all the romantic scenes and [the scripts] just fell flat," Bell told the New York Post. "We put our heads together trying to figure out a way to make these scenes work without breaking the eight-foot [distancing] rule…and we brought out a doll we used years ago as a corpse."

Once they added hair and makeup to the doll and posed it in a certain way, Bell said it was convincing enough to use as a pandemic substitute.

For now, "Bold & Beautiful" will use one sex doll with interchangeable hair and makeup looks as "a stand-in to match some of our leading ladies," Bell said.

Piers Wenger, drama controller for the BBC, also floated the idea of using Perspex, a thin and flexible plastic sheet, for scenes that require kissing, the Independent reported.

He said editors could remove the translucent material from shots with post-production techniques.