High blood pressure: One risk factor you may not be aware of – do you do this activity?

High blood pressure is all too common in the UK. More than one in four people people live with the condition, although many people will not realise it as the symptoms are rarely perceptive. The excesses of modern day living may be partly to blame for high blood pressure – being overweight and regularly drinking large amounts of alcohol are significant risk factors. A study suggests an environmental factor may also account for high blood pressure.

In a study conducted from the heights of Mount Everest, Italian researchers found that a person’s blood pressure steadily increases if they ascend to great heights. Significantly, they also found that a drug widely used to treat high blood pressure was ineffective once climbers reached above a certain altitude.

The findings, published in the European Heart Journal, could have a number implications.

It could impact not just high-altitude trekkers but those at sea level who have sleep apnea, in which a blocked airway temporarily halts their breathing, as well as others with some chronic diseases.

The researchers joined an expedition of 47 volunteers who traveled to the Mount Everest base camp, which is at an altitude of 5,400 meters, or approximately 17,700 feet. The volunteers wore blood pressure monitors that took round-the-clock readings as they climbed up to the base camp.

The participants were also randomized to receive either 80 milligrams (mg) of the blood pressure-lowering drug telmisartan (MIcardis), or a placebo. Telmisartan is angiotensin receptor blocker (ARB) because it blocks the effects of a peptide called angiotensin II, which causes blood vessels to narrow. The researchers collected blood samples as well. 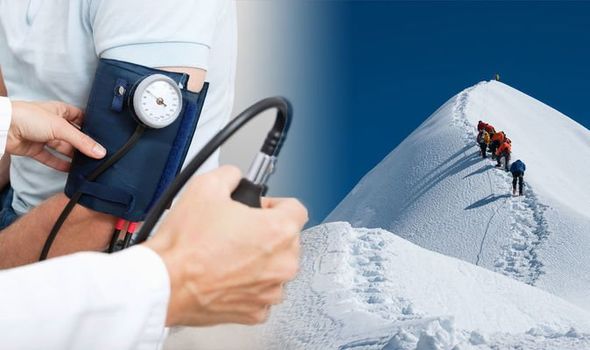 The findings may have a number of implications for those who have diseases or conditions that can result in oxygen deprivation, said study leader Gianfranco Parati, director of the Cardiology Research Laboratory at the Istituto Auxologico Italiano in Milan.

“This blood pressure increase is due to several factors, the most important being the effects of oxygen deprivation in increasing activity in the body’s sympathetic nervous system. This leads to the heart working harder and the peripheral blood vessels constricting,” he added.

It may shed further light on and assist “the management of patients with chronic diseases, including chronic heart failure, in which breathing is interrupted periodically, acute worsening of chronic obstructive pulmonary disease, obstructive sleep apnea and severe obesity. Together, these conditions affect more than 600 million people worldwide, making our results highly significant from a clinical perspective,” he said.

“Our findings will also enable us to take appropriate action to warn cardiovascular patients of the need for caution whenever they are going to be exposed to high altitudes for leisure or work,” Parati concluded. 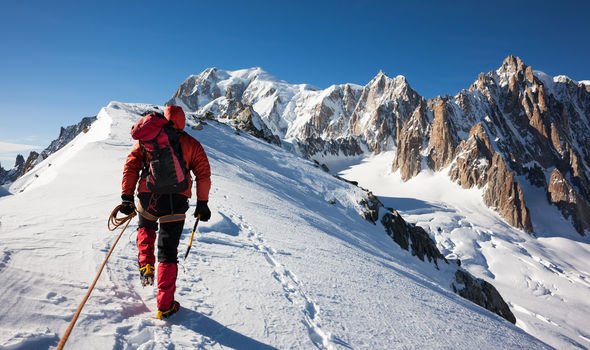 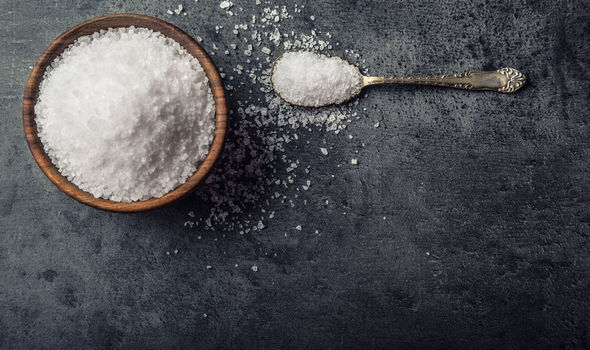 According to the NHS, you’re at an increased risk of high blood pressure if you:

It is important to monitor your blood pressure reading, added the health body. A blood pressure test can be conducted at a number of places, including at a local GP clinic and at some pharmacies.

A test can also be conducted at home using a blood pressure monitor. A relaxed environment may provide a more accurate reading, added the health site.