Hospitals will be hit by ‘mayhem’ this weekend as temperatures plummet 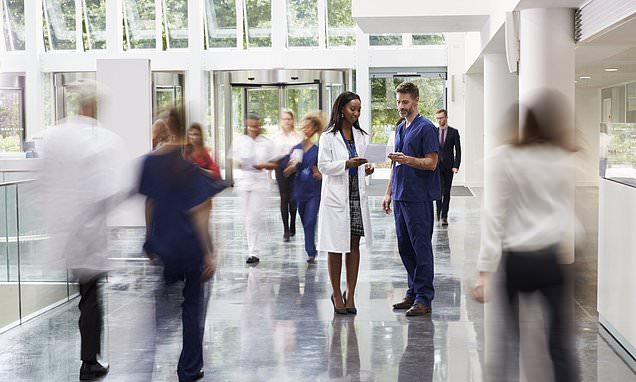 Hospitals will be hit by ‘mayhem’ this weekend as temperatures plummet to as low as -10°C, leading doctor warns

Hospitals in the UK will be hit by ‘mayhem’ this weekend as temperatures are set to plummet, a leading doctor has warned.

Dr Nick Scriven, president of the Society for Acute Medicine, has cautioned the pending cold snap, combined with a flu outbreak and staffing setbacks, will lead to ‘severe difficulties’ in an ‘already stretched’ NHS.

The Halifax Hospital consultant added A&E units are full, with the problem only set to get worse over the coming weeks. 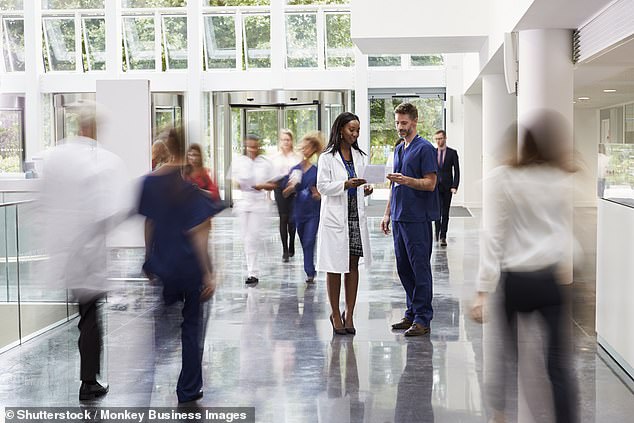 Hospitals in the UK will be hit by ‘mayhem’ this weekend as temperatures are set to plummet, Dr Nick Scriven, president of the Society for Acute Medicine, has warned (stock)

‘Influenza is here and is already impacting the NHS and, with colder weather starting to set in, this will further stress already stretched services,’ Dr Scriven told The Guardian.

‘I and many colleagues across the country are anticipating mayhem this weekend as temperatures drop, but it will come as no surprise to us.’

A cold weather alert has been issued for the Midlands and northern England, with overnight frosts and falling temperatures predicted.

According to the UK Met Office, there is a 60 per cent chance severe cold weather will last until January 5. Bitter cold temperatures alongside harsh winds are thought to make it feel as chilly as -10°C (14°F) in some areas.

This, combined with low staffing levels, is set to cause ‘profound problems’.

‘“Skeleton staffing” of social care services over the festive period has meant patients who were medically fit to leave had not been able to get home from hospital,’ Dr Scriven said. ‘The capacity problems this will cause will be profound.’

Almost 40,000 patients have also been forced to wait at least half-an-hour for an ambulance crew this winter alone due to A&E units being overstretched.

Overstretched A&E departments were even forced to divert patients to nearby hospitals 87 times in the four weeks ending last Sunday.

This is 15 more than the 72 diversions in the first four weeks of winter last year, which was at the time considered a ‘crisis’. 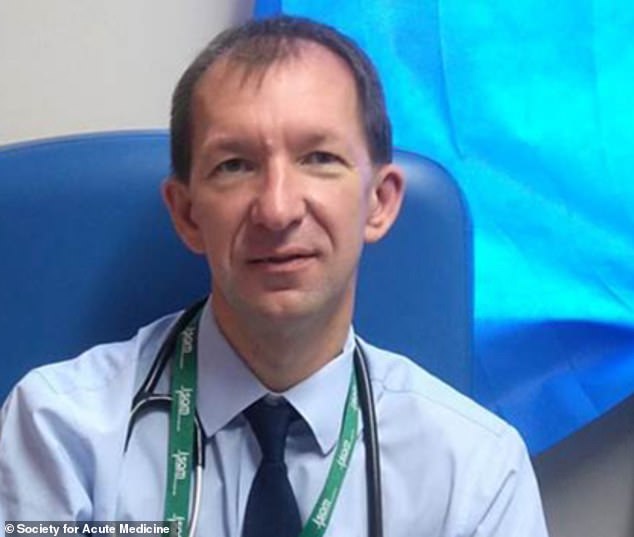 Dr Nick Scriven (pictured), who is also a consultant at Halifax Hospital, has warned the pending cold snap, combined with a flu outbreak and staffing setbacks, will lead to ‘severe difficulties’ in a ‘stretched’ NHS, with his colleagues already experiencing difficulties

Tracy Bullock, chief executive of the Mid Cheshire hospitals trust, even said the usual winter pressure has not kicked in yet but the service is ‘braced’ for it.

The NHS is said to be preparing for winter by adding extra beds and expanding its A&E units.

A spokesman said: ‘Thanks to the hard work and preparation of NHS staff, the health service is performing better this winter than last, with people being seen more quickly in emergency departments, fewer ambulance delays, evening and weekend GP appointments across the country and more people able to leave hospital and get home sooner, all of which is good for patients and makes best use of NHS resources.’

‘Thanks to the efforts of NHS staff who again have shown extraordinary effort, professionalism, leadership and dedication, services are not quite as bad at this point as last year.

‘But let’s be under no illusion: hospitals remain dangerously overcrowded, nearly 40,000 patients have had to wait in backed up ambulances so far this winter, while 54,000 sick patients endured waits of over four hours in November and 12 hour breaches more than doubled compared with last November.

‘This is still unacceptably far from the standards expected, adding up to a winter of misery for patients and their families.’

Official figures showed in February that 41 per cent – around 10,000 doctors – are 50 or over and are expected to quit within the next five to ten years.

Fewer young doctors are choosing to specialise as GPs, and are opting for more ‘macho’ career paths as surgeons or specialists.

Numbers of GPs are known to be dwindling in recent years, placing even more pressure on an over-stretched health service.

Many are retiring in their 50s, moving abroad or leaving to work in the private sector, as practices have threatened to close their waiting lists until action is taken.

This continued crisis has left many patients at risk, with staff unable to cope with the rising demand and slashed funding.

The shortage of doctors comes despite the NHS adopting a plan in April to recruit 5,000 extra GPs by 2021.

Mr Hunt’s pledge of £2.4 billion was said to be the answer to the staffing shortage, helping plug the growing number of vacancies.

This money was devised to lure GPs to move to the worst-hit areas of England, and to stop them from seeking another career.

Thousands of new ‘doctors on the cheap’ are also being trained to prop up the cash-strapped NHS, it emerged in June.

An army of ‘physician associates’ will work in GP surgeries and hospitals to diagnose patients, recommend treatments and perform minor procedures.

Scores of practices also believe they are working well beyond maximum capacity – feeling pressured to take on a higher workload and risk mistakes.