• Years of unhealthy eating led Ryan Lensman’s weight to climb to more than 350 pounds.
• After health problems began to surface, he committed to losing weight, focusing first on eating healthier and lifting six days a week.
• As a result, Lensman completed a dramatic 180-pound weight loss transformation and feels healthier than ever.

For as long as he can remember, Ryan Lensman was heavy. “I’ve seen pictures from when I was very young, and thin,” the 30-year-old administrative assistant from Long Island, New York, says, “but I don’t remember looking that way.” An unhealthy diet and lack of exercise led him to hit 360 pounds. He felt terrible—constantly sweating and out of breath—and hated looking at himself in the mirror. He rarely let anyone take a picture of him. But no matter how bad he felt, and how much he hated looking at himself, he kept on eating.

That had to change once he was diagnosed, in October 2017, with Type 2 diabetes. He’d gone to the doctor with what he thought were symptoms of a urinary tract infection, only to have the doc send him to the emergency room. When the diagnosis came back, he realized his whole lifestyle needed an overhaul.

He honed in on his diet—portion control was an obvious first step. Lensman started eating lean meats like white-meat chicken and turkey. He ate a lot of salad and watched his carbs and sugar.

Then he introduced cardio. Slowly at first, walking a mile a day. Eventually he got that up to six miles, spread throughout the day. And he started lifting weights, with a pair of dumbbells in his room that he’d use every other day. This January, he joined a gym—now he’s lifting six days a week: chest, shoulders, and triceps on Monday, Wednesday and Friday; back and biceps on Tuesday, Thursday, and Saturday; and leg days twice a week. He’s dialed back his cardio to a fast workout in the morning and a three-mile walk after dinner.

When he first started, he was doing it all on his own. When he decided to add weight lifting, he turned to a friend who was a former bodybuilder to help him train. “Just seeing the numbers on the scale go down, and my clothes getting bigger was enough to keep me motivated,” he says. “Constant cheering from friends and family helped keep me motivated as well. Always great to have people you love in your corner.”

In a year and a half he went from 360 pounds down to 180, his target weight. “I think I was averaging about 2 pounds of weight loss a week,” he says. His health has improved, and so has his self-esteem. “I never really entered the dating world before, because I was terrified of being shot down, which in my head, was an absolute certainty,” he says. “Now, I’m in a relationship with a great girl, and couldn’t be happier.” 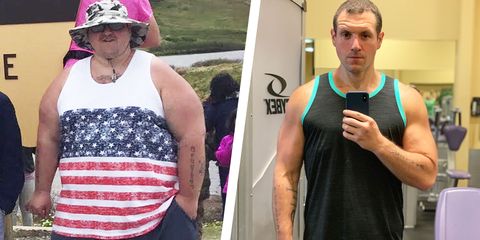 For a long time he’d been self-conscious of how much he weighed, and what kind of person he believed that made him. “The scale has gotten in my head a lot, and I wouldn’t wish that feeling on anyone,” he says. But with the support of family and friends (and in part by not checking his weight more than once a week), he’s completely changed himself.

“This has been one of the hardest things I’ve ever had to do in my life, but it has also been one of the most rewarding,” he says. “I’ve learned so much about myself since I started this journey, and my willpower is much stronger than I ever knew.” 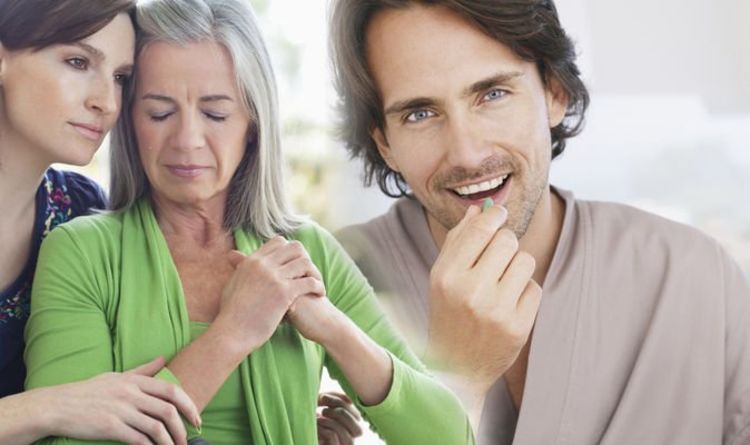 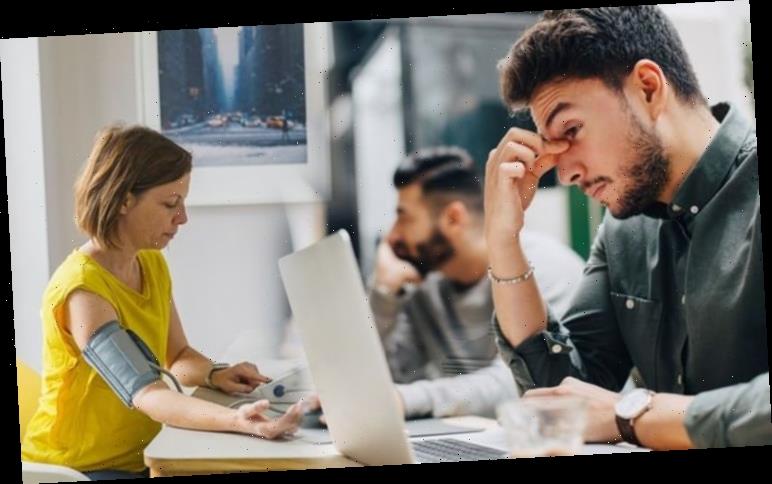