How to get better at accepting compliments with grace 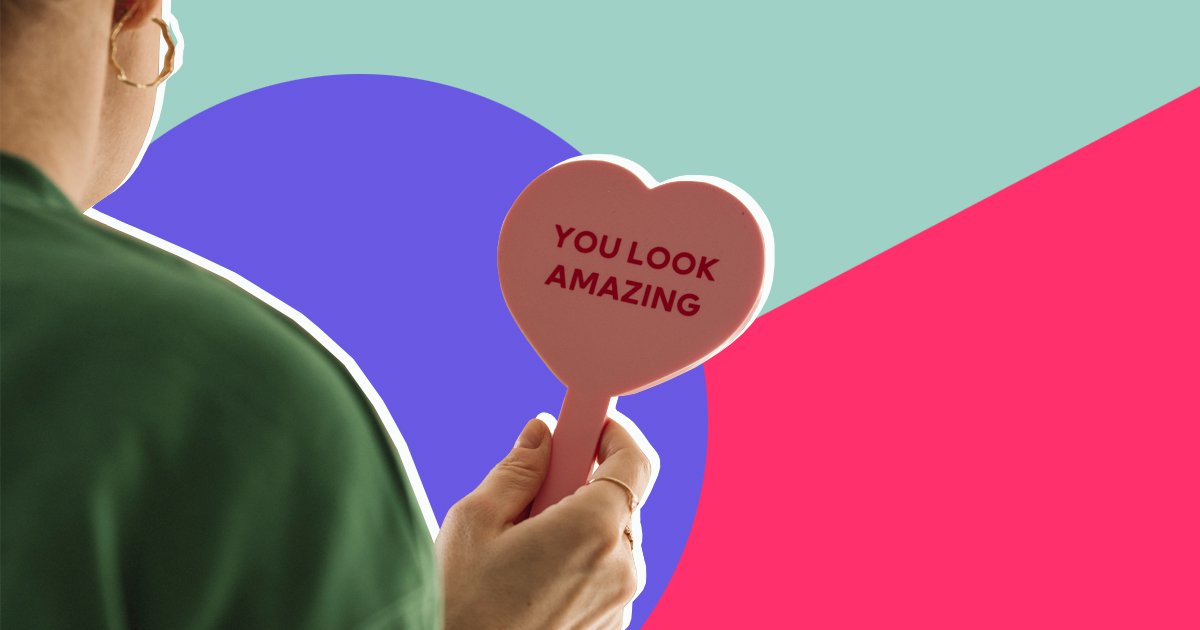 I have one dress that attracts a compliment almost every time I wear it. Of course, I manage to say thank you as it would be rude not to, but my default follow-up is to explain that it’s an upmarket brand but I bought it on eBay.

I suppose it’s a step up from the ‘oh, this old thing’ cliché, but I can’t help wondering why I feel the need to inform a perfect stranger that I’m not really successful and well off enough to afford a posh dress.

Like so many people, particularly women, I tend to bat a compliment away, make a joke of it, or point out a shortcoming in the thing being praised.

Often, I have a sort of involuntary reflex which causes me to bounce the compliment straight back at them. They love my dress? Well, I love theirs too, I gush, which I’m sure sounds forced and inauthentic.

Receiving compliments, as well as giving them, can have a positive impact on mental health, says psychologist and cognitive behavioural psychotherapist, Kasia Szymanska.

‘Being able to accept a compliment at face value can improve confidence and self-worth, and a positive response from the recipient can make the giver feel better too,’ she tells Metro.co.uk. ‘It’s really a win-win situation.’

So, why do many of us find it hard to capitalise on this and accept a compliment with grace? And how can we get better at it?

Why do compliments make us cringe?

For some of us, it’s a self-esteem issue, psychotherapist, counsellor and life coach, Hilda Burke tells Metro.co.uk: ‘We may struggle to receive a compliment as it conflicts with our own image of ourselves.

‘Our self-image has been formed by the age of seven. If you were the fat kid who was made fun of at school, then when someone tells you look stunning, it’s going to jar because inside you’re still that kid.’

Growing up with a lack of praise and positive reinforcement means we don’t learn how to respond to it.

‘Your immediate reaction is, “this doesn’t compute, it’s not who I am so I have to deflect it”,’ says Hilda. You may also have a suspicion that the person doesn’t really mean what they say.

It can also be about the values and behaviours that have been modelled for us.

Hilda notes: ‘It’s often instilled in us that it’s bad to appear big-headed, and that it’s polite to refute a compliment, so we struggle as we’ve never been shown how to appreciate them and let them in.’

This can be a big factor if you’ve grown up in a culture that values humility. Social anxiety can also exacerbate the problem.

Compliments often catch us off guard so it’s easy to become tongue-tied as we just don’t know the right thing to say.

The more you do this, the more you’re reinforcing negative beliefs about yourself and not absorbing the positive, warns Hilda. It’s also negating the opinions of the other person.

‘Saying something nice to someone and then having them throw it back in your face isn’t great,’ she points out. ‘If you deflect a compliment, you’re leaning on that person for more reassurance. They’re giving you a gift and you’re asking for more.’

It seems women are often worse at receiving compliments than men. A study found that almost half of women overall, and seven in 10 younger women, find compliments embarrassing, while two thirds of men enjoyed receiving them.

‘With female groups, a lot of bonding is done around self-deprecation and mutual reassurance, while men tend to bond over ribbing,’ says Hilda. ‘The other day, I was with a couple of male friends and one said to the other: “Those shorts! Why don’t you get a bigger size?” Imagine if a female friend said that.’

The tendency of women to dismiss compliments is satirised brilliantly in a sketch by Amy Schumer. It features a group of women who are all trading compliments and deflecting them, when another comes along and just responds with a thank you when her jacket is admired. Cue a shocked silence, followed by a violent group implosion.

So, what advice do the experts have to help us react in a positive way?

‘Try not to respond automatically,’ she suggests. ‘Take a breath before you speak so you don’t just blurt out the first thing that comes into your head.’

All that’s really needed is a genuine thank you and a smile, although this may feel uncomfortable at first.

‘Take the compliment at face value, and remind yourself it’s not arrogant to accept it,’ adds Kasia.

‘Most of us can tell an inauthentic compliment from a genuine one,’ says Hilda.

‘It’s fine if you have a real compliment to give back, but if you haven’t really got anything to say, just leave it.’

Spend some time thinking about how the compliment made you feel, advises Kasia. This can give you more insight into why you react in a negative way.

It’s also important to savour the positive feelings that come from it as this helps these come to the fore. Write it in your gratitude journal, if you have one.

Give as well as receive

Research suggests we often underestimate the positive effects complimenting someone can have.

‘Expressing what’s inside of us is always good for our mental health, so remark on something you like or a behaviour you admire,’ says Hilda.

Specific comments, such as saying you like the way someone injected humour into their speech, or how their outfit enhances their eye colour, makes them more sincere and meaningful.

I tried accepting compliments – here’s how it worked out

So, is it working for me? I stop off at the supermarket wearing the ‘compliment dress’ and sure enough the checkout assistant admires it.

I manage to resist the urge to compliment her right back on her outfit, which is just as well as she’s wearing her work overall.

Later, I reflect on the fact that someone thinks I have good taste and have chosen something that suits me. It’s a start.