Inflatable pill that swells in the stomach could monitor cancer 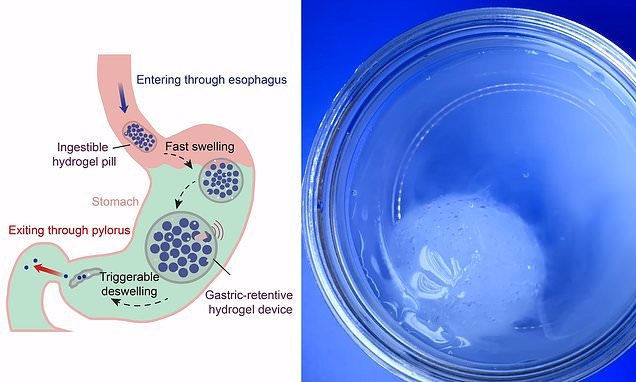 An inflatable pill that swells to the size of a ping-pong ball in the stomach could be used to monitor cancers and ulcers, or spot signs of infection, say scientists.

A test version of the device, inspired by the pufferfish, contains a sensor that continuously tracks temperature in the stomach for up to a month.

The pill is made from two kinds of jelly-like hydrogel material that allow it to resist the effects of stomach churning and acidic digestive juices.

Its creators sought to mimic the defence mechanism of the pufferfish, which responds to threats by rapidly sucking in water and blowing up its body to resemble a spiky balloon. 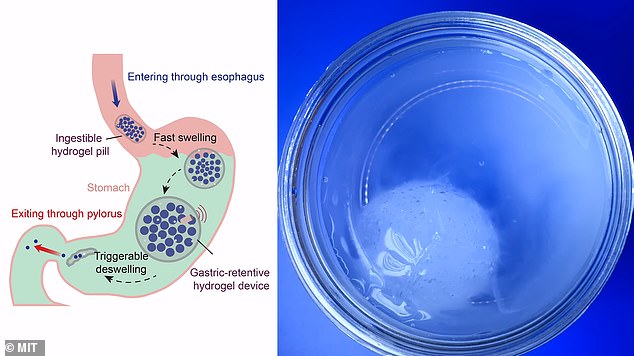 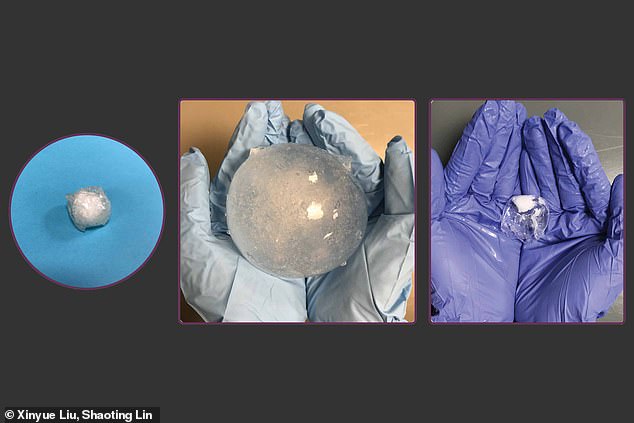 Upon reaching the stomach, quickly swells to the size of a soft, squishy ping-pong ball big enough to stay in the stomach for an extended period of time. The inflatable pill is embedded with a sensor that continuously tracks the stomach’s temperature for up to 30 days

The ‘puffer pill’ is made from super-absorbent particles covered by a protective layer that stops them breaking apart.

In laboratory tests it was dunked in various solutions of water resembling gastric juices, and mechanically squeezed to simulate ‘grinding’ stomach contractions.

The pill inflated to 100 times its original size in about 15 minutes, fast enough to prevent it passing out of the stomach before doing its job.

Lead researcher Dr Xuanhe Zhao, from Massachusetts Institute of Technology, said: ‘The dream is to have a jell-o-like smart pill, that once swallowed stays in the stomach and monitors the patient’s health for a long time such as a month.’

In further tests small temperature sensors were embedded in several pills which were fed to pigs.

The sensors were able to track the animal’s daily activity patterns for up to a month.

The researchers, whose work is reported in the journal Nature Communications, envisage puffer pills that can deliver a number of different sensors to the stomach.

These could monitor acidity levels or look for signs of certain bacteria or viruses. 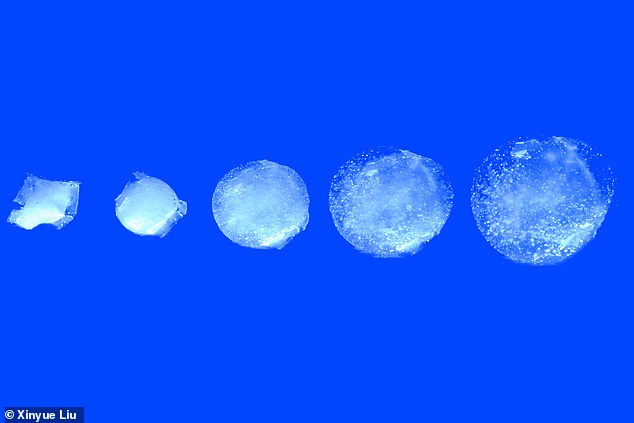 The new pill is made from two types of hydrogels – mixtures of polymers and water that resemble the consistency of Jell-O. The combination enables the pill to quickly swell in the stomach while remaining impervious to the stomach’s churning acidic environment 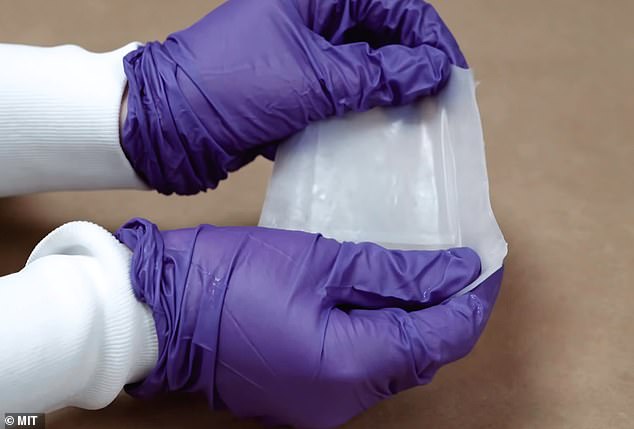 If the pill needs to be removed from the stomach, a patient can drink a solution of calcium that triggers the pill to quickly shrink to its original size and pass safely out of the body

Tiny cameras could even be installed in the pills to image the progress of tumours or ulcers.

Another application could be a safer and more comfortable alternative to gastric balloons, which are used to suppress over-eating and manage weight gain, said the scientists.

Dr Zhao said: ‘With our design, you wouldn’t need to go through a painful process to implant a rigid balloon. Maybe you can take a few of these pills instead, to help fill out your stomach, and lose weight. We see many possibilities for this hydrogel device.’