Is alcohol consumption more helpful than harmful? It depends on your age 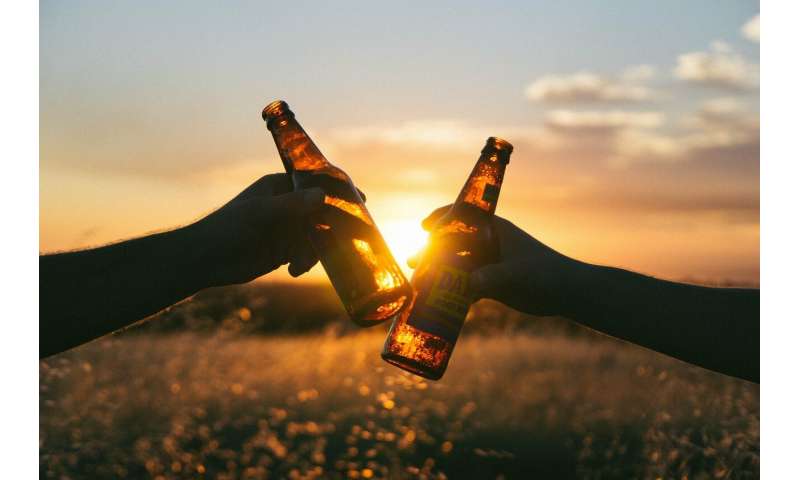 Studies of health effects of alcohol consumption may underestimate the risks of imbibing, particularly for younger people, according to a new study in the Journal of Studies on Alcohol and Drugs.

The research demonstrates that although cohort studies—the type of observational investigations typically used to study health benefits and risks—sometimes show benefits from moderate alcohol consumption, they tend to enroll people age 50 and older. Studying people at this age range eliminates all those who have died before age 50 because of alcohol consumption.

Simply put, “deceased persons cannot be enrolled in cohort studies,” write the authors, led by Timothy Naimi, M.D., M.P.H., of the Boston Medical Center. “Those who are established drinkers at age 50 are ‘survivors’ of their alcohol consumption who [initially] might have been healthier or have had safer drinking patterns” compared with others.

In fact, more than 40% of overall deaths from alcohol occur before age 50, according to the study. This suggests that most current studies underestimate alcohol-related risk compared with what would be observed across the full age spectrum. Further, the study demonstrates that most study participants are not representative of all persons who begin to drink alcohol.

To obtain data for the current research, Naimi and his colleagues used the Alcohol-Related Disease Impact software application from the U.S. Centers for Disease Control and Prevention. The data used were derived from government statistics on cause of death and health benefits from 2006 to 2010 in the United States.

Although those ages 65 and older saw a similar 35.0% of the mortality caused by drinking, 80% of the deaths that were prevented by alcohol consumption occurred in this group.

A somewhat similar pattern emerged when the researchers looked at years of potential life lost as a result of drinking. Of the overall years of life lost, 58.4% occurred in those ages 20 to 49. But this younger group saw only 14.5% of the years of life saved from drinking.

People 65 and older accounted for 15% of the overall years of life lost from alcohol consumption. However, more than 50% of the years of life saved occurred within this older group.

In general, their results show that younger people “are more likely to die from alcohol consumption than they are to die from a lack of drinking,” according to the authors, whereas older people are the ones most likely to see the health benefits of moderate drinking often mentioned in the news.