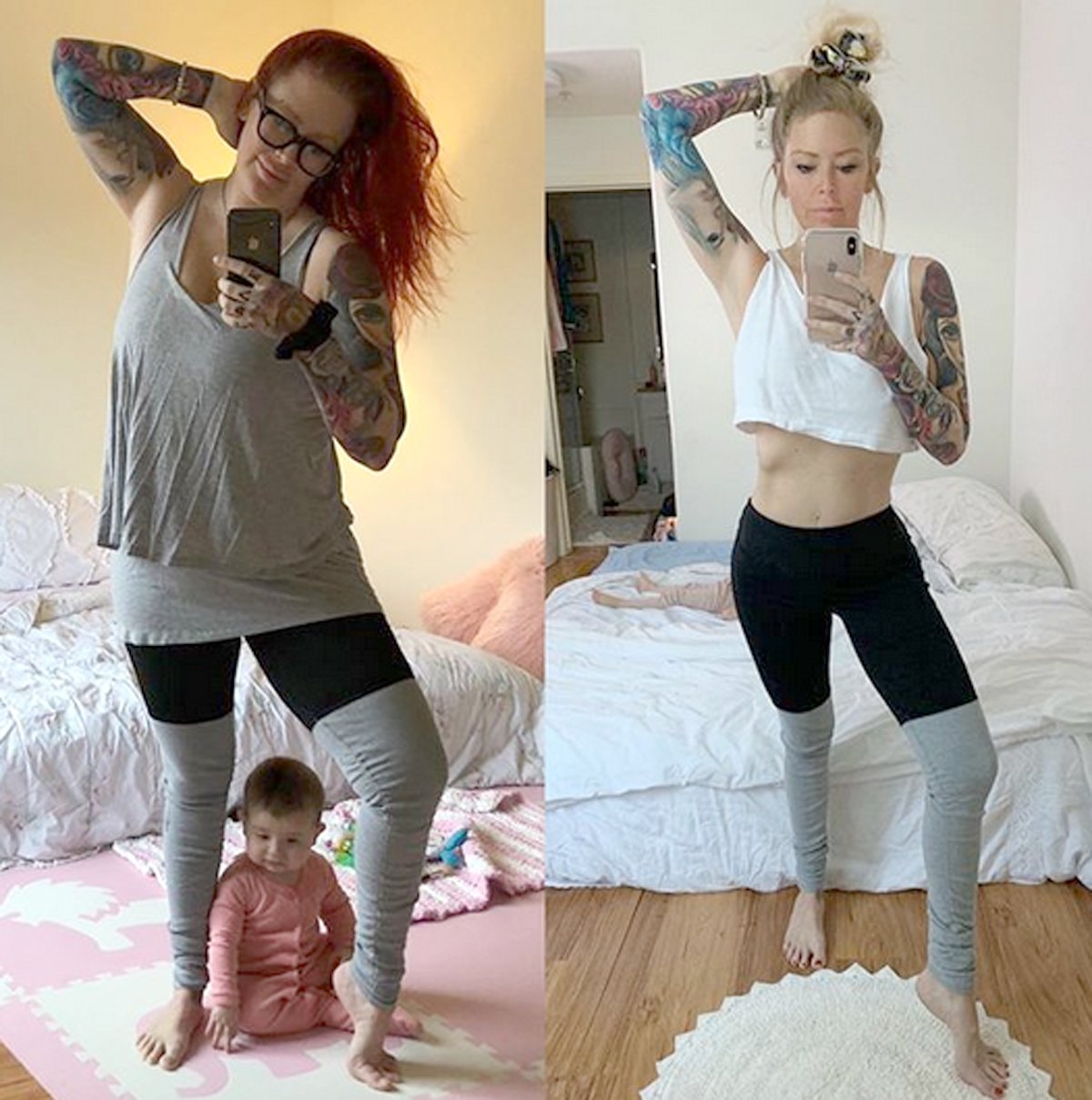 Jenna Jameson is the latest star to weigh in on the keto diet controversy.

The former adult film star, 44, proudly opened up on Instagram Tuesday about her own success with the high-fat, low-carb diet and her advice for achieving noticeable results.

Her post comes in the midst of heated debate surrounding the keto diet and whether or not the plan is actually beneficial to one’s body, after celebrity trainer Jillian Michaels publicly slammed the eating plan for being unhealthy and a bad idea.

“Let’s talk intuition. I have found that people get scared into overthinking keto,” Jameson began her post, alongside a photo of herself and daughter Batel Lu before and after she started the diet.

“That if they intake too much protein, or don’t have the correct macros they will fail,” she continued. “I call bulls—. Trust your intuition and your body.”

Since beginning the diet in March, the former adult film star has lost more than 80 lbs. Jameson first tried it as a last-ditch effort to lose the baby weight that stuck around after she gave birth to Batel in April 2017.

She also does intermittent fasting, where she condenses all her meals into a short period and fasts for the rest of the day.

Knowing what her body was capable of, Jameson advised her followers to follow the same tips she practiced in order to see results.

“Stop buying foods labeled keto and MAKE your own foods! Buy whole foods,” she explained. “Eat until satiated and implement intermittent fasting. YOU WILL LOSE. Not only will you lose, your skin will be tighter and brighter, your mind I’ll fire on all cylinders.”

“I am not pushing a product, I’m only pushing my way of thinking and my healthy lifestyle,” Jameson added before leaving one final message to her followers. “I love you ? ”

RELATED: Jillian Michaels Slams the Keto Diet: ‘Why Would Anyone Think This Is a Good Idea?’

Last week, Michaels slammed the keto diet in a video for Women’s Health and called it a “bad plan”.

“I don’t understand. Like, why would anyone think this is a good idea?” she said, before imitating a keto creator. “‘You know what we need to do? All fat and animal protein!’ No! Bad plan. For a million reasons.”

The top trainer, 44, explained that the keto diet deprives your body of essential nutrients.

“Your cells, your macromolecules, are literally made up of protein, fat, carbohydrates, nucleic acids. When you do not eat one of the three macronutrients — those three things I just mentioned — you’re starving yourselves,” she said. “Those macronutrients serve a very important purpose for your overall health and wellbeing. Each and every one of them.”

RELATED: These Celebrities Are Not Happy with Jillian Michaels Since She Slammed the Keto Diet

Cohen was the first to clap back, addressing her anti-keto comments during an episode of Watch What Happens Live.

“Tonight’s ‘Jackhole of the Day’ goes to Jillian Michaels, who slammed the keto diet as an awful diet,” the host, 50, said. “Don’t feel bad, keto diet. A lot of people think Jillian Michaels is a bad idea.”

One day later, Roker said that Michaels’ time on The Biggest Loser made her a poor source for health advice.

“So @JillianMichaels says #Keto is a bad idea,” the Today weatherman tweeted. “This from a woman who promoted on camera bullying, deprivation, manipulation and more weekly in the name of weight loss. Now those sound like bad ideas.”

Guadagnino — the self-proclaimed “Keto Guido” after losing 50 lbs. on the program — was next, after he also saw the SHAPE video on Instagram and sarcastically commented that he’s quitting keto.

“S—, I guess I have to go back to eating pasta and bread now,” Guadagnino, 31, wrote on Instagram, as spotted by Comments by Celebs.

He then posted a pre- and post-keto photo on his Keto Guido Instagram account, with the caption, “Sorry Jill #ketoguido,” which Jameson later liked.