Kids DO judge a book by its cover: Children as young as five decide if people are ‘mean or nice’ based on their faces alone, study finds

Children as young as five judge adults based solely on your facial features, a new study reveals.

Whether we want to admit it or not, as adults we are constantly using physical appearance to make character assessments of one another.

And those snap judgements shape the way we treat people.

A new study from Harvard University reveals that we’re not only making quick, random judgements by age five, but have created a mental stereotype for what we think ‘mean’ and ‘nice’ people look like. 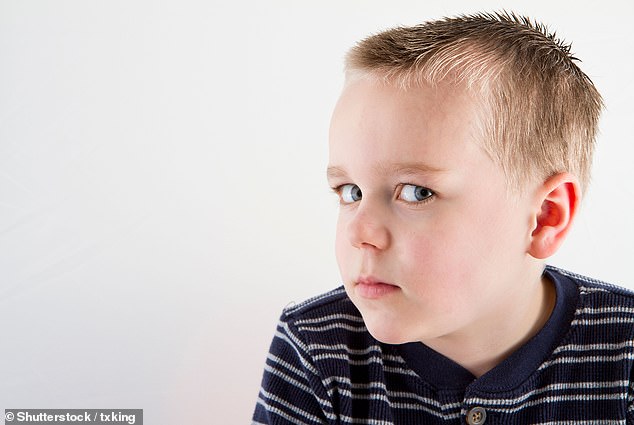 We start making character judgments of people’s faces when we are as young as age five – and treat them differently based solely on how they look, a new study suggests

Psychologists recognize that, for better or worse, we use physical appearance to inform major decisions – and the new study suggests we start doing so at a young age.

In September of 1960, Americans got to see their presidential candidates go toe-to-toe in the first-ever televised presidential election debate.

Richard Nixon was only four years older than his opponent, John F Kennedy, but they cut quite different figures.

There was no official winner or loser of the debate, but in the court of public opinion, Kennedy was the clear winner.

And when he won the election shortly thereafter, many said he had television to thank, because it was his physical appearance that made the American people trust their next president.

The theory has been repeated over and over and whether or not Kennedy really won on the basis of looks is impossible to know.

But the debate was just one example of what science has borne out: we do judge a book by its cover.

What’s more, according to the new study, even children watching the 1960 debate at home with their parents would probably would have voted for Kennedy too.

Not only would they have voted for him, but five-year-olds already have a stereotypical notion of who looks trustworthy and competent, who doesn’t, and they treat them accordingly.

The researchers determined this by showing 350 children between three and 13 computer generated pictures of men’s faces.

Some of them had features stereotypically associated with trustworthiness or untrustworthiness, competence or incompetence, dominance or submissiveness.

The researchers showed the children this series of faces with features we tend to associate with trustworthiness or untretustworthiness (left), dominance or submission  (center) or incompetence or competence (right)

We scan people’s faces for these traits by looking at physical traits like the curve of their mouths or the distance between their eyes.

The team was not surprised to find that, by three, children would deem people ‘nice’ or ‘mean’ and determine who looked capable of lifting something heavy on facial features alone.

But by age five, these decisions were consistent, and the children chose to give a theoretical ‘gift’ to those whose faces they liked.

Gift-giving told the scientists that, by this age, the judgement they made about people’s faces were already shaping the way they behaved toward and treated others, as well as how they expected those people to act.

‘We have a misguided notion that children are empty vessels into which culture slowly pours itself as they mature,’ said Dr Mahzarin Banaji, one of the study’s co-authors and a Harvard psychologist.

‘This research shows that perceptions of people, however inaccurate those judgments may be, emerge early in humans.

‘What this study uniquely shows is that these inaccuracies don’t just sit around in a child’s head, they manifest in the child’s behavior toward others who are viewed as good or bad based on features of the face that are irrelevant to decisions about character and personality.’