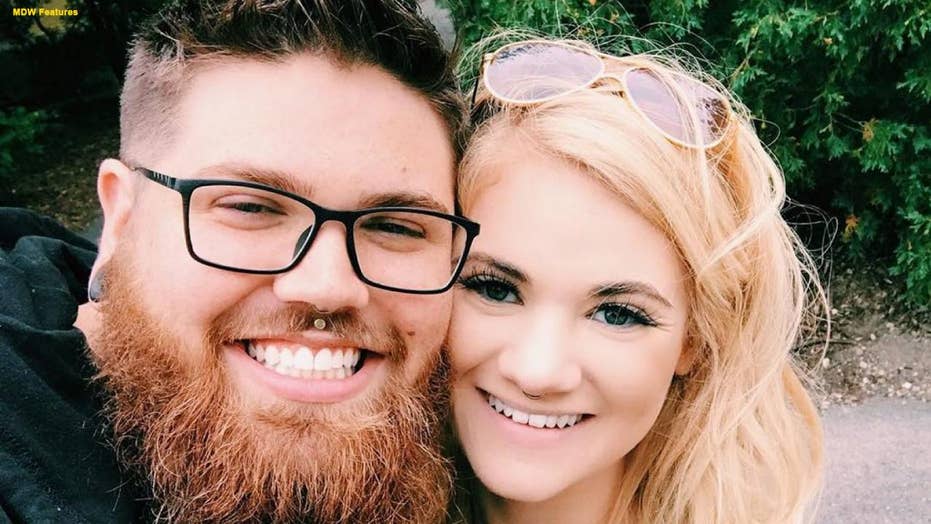 Doctor tells patient her cough was due to allergies, when it was really a symptom of cancer

27-year-old Meagan Bechtold from Las Vegas, claims she went to the doctor multiple times after repeatedly being told her cough was a cold or allergies before an X-ray revealed signs of cancer.

A 27-year-old woman whose persistent cough was allegedly dismissed as allergies three times before a fourth visit to the doctor landed her in the hospital with a cancer diagnosis is urging others to advocate for their own health.

“I visited urgent care on three separate occasions,” Meagan Bechtold, of Las Vegas, told MDW Features. “The first time they told me I had a cold that wouldn’t go away, the second time they told me it was bad allergies, and the third time he told me my bronchitis was coming back.”

Bechtold, who was eventually diagnosed with Hodgkin’s lymphoma 2B, said she saw the same doctor each time, and that he told her if antibiotics prescribed for the suspected bronchitis didn’t work, he would send her for an X-ray.

Bechtold said she was nervous and did a Google search of what else her symptoms could be, but “wasn’t confident asking questions at the time,” so she went along with what the doctor said. An X-ray reportedly revealed a 13-centimeter mass on her diaphragm, and fluid in her lungs. She was diagnosed with Hodgkin’s lymphoma, and immediately began chemotherapy. 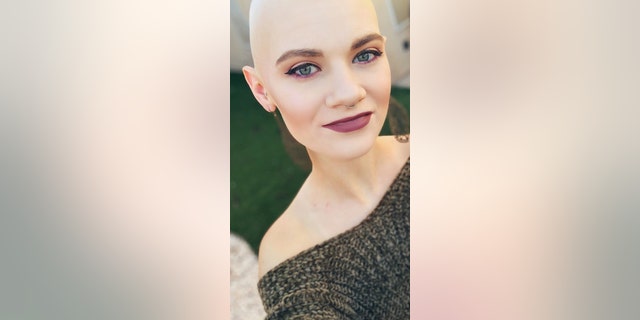 She said losing her hair was both the most traumatic and most empowering moment of her diagnosis.
(MDW Features)

The most common symptom of Hodgkin’s lymphoma is a lump located in the neck, under the arm or in the groin area, according to the American Cancer Society. Drenching night sweats, fever without infection or weight loss may also be symptoms of Hodgkin’s lymphoma, which Bechtold experienced shortly after diagnosis. Patients may experience a cough or have difficulty breathing.

According to the American Cancer Society, patients with Hodgkin’s lymphoma are classified by stage, and possibly a letter of A or B. Bechtold’s diagnosis, 2B, means that the cancer was found in two or more lymph node areas on the same side of the diaphragm and that it extended locally from one lymph node into an organ. The B classification means that she also experienced one or more of the following symptoms including night sweats, unexplained fever, or loss of 10 percent of body weight over the previous six months.

Bechtold said she was initially hospitalized for 11 days, and began her first round of chemotherapy which saw her lose 10 pounds, gave her mouth sores and caused constant nausea. She said she began losing her hair during her second round of treatment.

“Losing my hair was hands down the most traumatizing part of this whole experience,” she said, telling MDW Features that she asked her husband to help her shave the rest.

“My hair was a huge part of my identity and I was extremely blessed with long, thick hair and just like that I felt as if I lost myself completely,” she told MDW Features. “I honestly believe that the main reason hair loss is the worst is because that’s the first time you truly look and feel like a cancer patient.”

She said she eventually felt empowered by her new look, and that it helped her “learn what truly matters during this process.”

“It was both the absolutely worse and the most empowering of experiencing,” she told MDW Features.

Bechtold said seeing other cancer survivors post inspirational photos signifying the end of their treatment helped keep her optimistic, and she started her own Instagram blog as well.