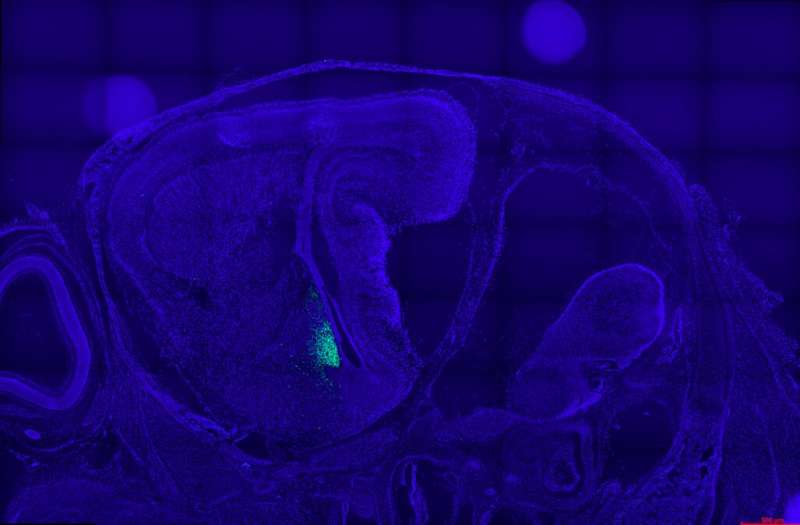 The onset of puberty, the developmental stage at which adolescents reach sexual maturity, is known to be associated with the activity of a specific class of neurons, namely gonadotropin-releasing hormone (GnRH) neurons. Past neuroscience research revealed that while these neurons are already activated before humans and other mammals are born, they then remain dormant until puberty. A new study published in the Journal of Neuroscience now provides molecular insight into the mechanism controlling the activity of the emerging reproductive neural circuitry in the mouse brain.

A premature activation of GnRH neurons was previously found to be associated with an early onset of puberty in both mice and humans. While there are now countless studies examining the role of this class of neurons in adults, the mechanisms underlying their developmental control are still poorly understood. In addition, while it has long been known that sex steroid hormones, such as estrogen, are important regulators of neural circuits controlling reproductive physiology in the adult brain, the action of these steroids on the embryonic and juvenile brain has remained elusive.

Researchers at Saarland University School of Medicine in Germany had previously characterized the neural circuitry of GnRH neurons in pre-natal mice. They found that GnRH neurons start to communicate with another specific class of neurons that secrete kisspeptin before birth. Kisspeptin is a compound known to activate GnRH neurons and trigger puberty.

“The idea for our new study stems from our surprising experimental finding that the kisspeptin neurons talking to GnRH neurons in the embryonic hypothalamus already express steroid hormone receptors, suggesting hormone action on these cells in utero,” Ulrich Boehm, senior author of the study, told Medical Xpress. “We thus came up with the hypothesis that neurosteroids are locally produced in the embryonic brain to regulate the emerging reproductive neural circuitry.” 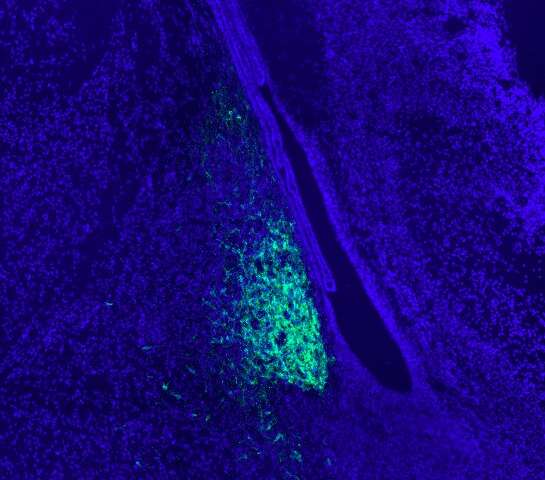 To test their hypothesis, Boehm and his colleagues analyzed the expression of aromatase, a key enzyme involved in the production of estrogen, in mouse embryos. Other teams had already attempted to do this in the past but found it challenging, as they were unable to generate reliable antibodies labeling cells that express this enzyme.

“Instead, we generated reporter mice that genetically label neurons firing the aromatase promotor with green fluorescence,” Boehm explained. “Using this experimental approach, we identified a network comprising ~6000 aromatase neurons in the embryonic brain. By birth, this network has become sexually dimorphic in a cluster of aromatase neurons in the arcuate nucleus adjacent to kisspeptin neurons.”

The researchers then went on to show that to regulate kisspeptin neuron activity, male aromatase neurons convert testosterone to estradiol. They created reporter mice, allowing them to label neurons activating the aromatase promotor and their projections.

“Acute expression of mRNA of aromatase and other key genes for estrogen synthesis were also analyzed by quantitative PCR,” Boehm said. “In addition, looking for paracrine neurosteroid action, we measured the distance between aromatase neurons and estrogen-sensitive neurons using immunohistochemistry. Finally, we employed electrophysiological (whole-cell patch-clamp) recordings to investigate the influence of estrogen (produced by adjacent aromatase neurons) on kisspeptin neuron firing in juvenile males and females.”

Finally, the researchers also showed that aromatase neurons communicate gonadal (i.e., reproductive gland producing gametes) and/or brain-derived androgen signals to adjacent estrogen-sensitive neurons. Overall, the findings they collected offer valuable new insight about the cellular substrate underlying aromatase action in the developing brain of mice and other rodents. If these results were found to also be applicable to humans, they could significantly improve the current understanding of the activity of hormones and neurons associated with the onset of puberty before birth and in juvenile years.