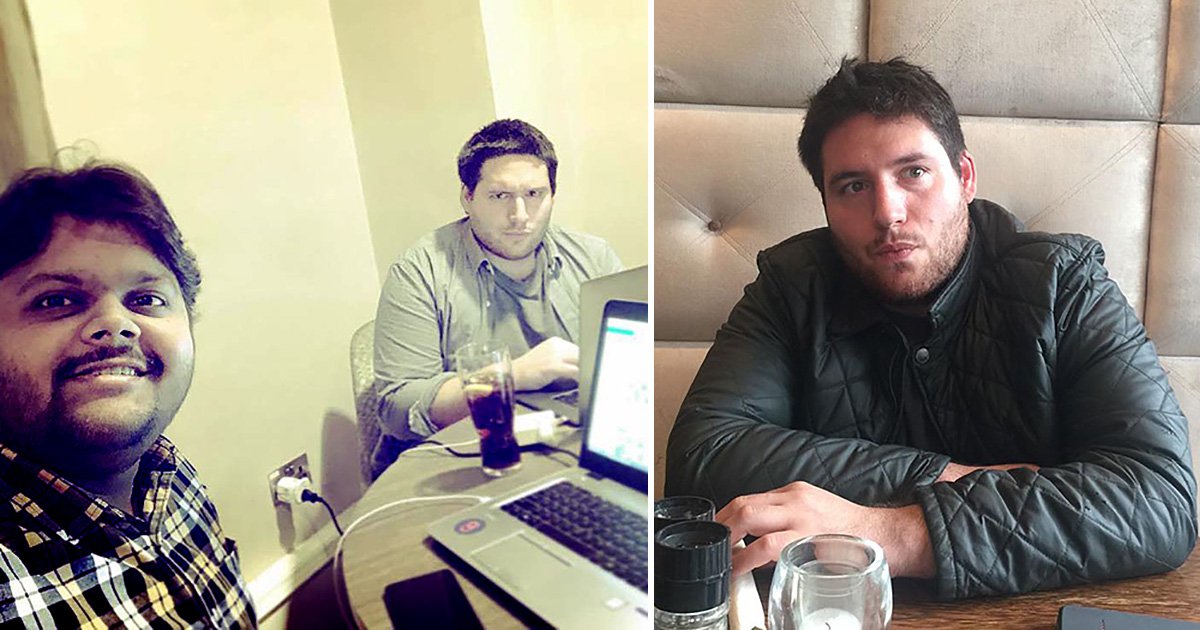 Jack Symons, now 34, got sucked into the world of gambling when he was just 14.

Drawn in by the ‘cool’ portrayal of poker-playing in films, the teenager began playing online – but soon the habit spiraled into addiction.

‘It got to the point where I was gambling for up to 14 hours a day,’ he said.

‘Playing online didn’t feel real. In a way, you’re not even aware that you are gambling as it’s all virtual and the sites are so game like.

‘I think that’s what’s so troubling about gambling online, it’s seeped into gaming. Most of the time you don’t even realise that you are gambling.

‘Most people think problem gamblers are addicted to winning, but the reality is that you are addicted to the action, not the reaction. It was the spin I loved, the anticipation, the excitement, that was the addictive part.’

It was when Jack tried to stop gambling that he realised he had a problem.

Each time he tried to quit, he would only manage going two weeks before adverts and bonuses pulled him back in.

‘I never hit rock bottom, I maintained relationships and managed to keep my job, without losing all my money,’ said Jack.

‘What I lost was my time and my ability to think clearly.

‘And I viewed money completely differently – I was frivolous. I’d spend recklessly because gambling had made money mean nothing to me.

“I didn’t spend thousands online. I had a cap of £500 a session and wouldn’t go over that, but I’d lose it in seconds. It was just mind numbing. It became my way of winding down.

‘I knew I had a problem and I had tried to stop for years – not with outside help, just on my own.

“Online casinos are clever, if you spend a lot of money on them you are given so many incentives to stay. It took me 32 attempts to close a gambling account in America as they refused to take no for an answer, and just kept offering more incentives to stay.’

This is what gave him the idea to create an app to block all gaming sites, to help people quit gambling amid being overwhelmed by temptation.

He said: ‘It was a Friday evening and I realised that no matter how many sites I blocked, another one would just pop up in the ads to tempt me.

‘It became impossible to avoid them. I couldn’t find a way to have an enforced breathing space – to have a break from gambling.

‘At first, I set up parental controls on my laptop, but I couldn’t keep up with the all new sites, as I needed to block them manually.

‘That’s when I thought up Gamban. I needed something that would automatically block the sites for me, so I could avoid temptation.’

Over the next year, Jack teamed up with his friends, Mavia Siddiqui, 32, and Matt Zarb-Cousin, 31, a recovering gambling addict and director of Clean Up Gambling, to create Gamban, an app to help fellow gamblers overcome their addiction.

Now Gamban has partnered with GAMSTOP and GamCare – a free service letting people put controls in place to restrict online gambling activities – to offer people in the UK the app for free.

Jack, who lives with his partner in Southampton, Hampshire, said: ‘I was addicted to slots and casino games. They’re like the crack cocaine of the gambling world as they’re such a fast fix.

‘I was in a cycle of trying to stop, but every time I blocked one website, I’d get pulled into using another online casino.

‘I just needed something to block the sites for a while, to force me to take a break and to stop getting drawn in.

‘When I couldn’t find anything, I decided to invent an app of my own and came up with Gamban.

‘I never realised the difference the app would make. It feels great to have made such a positive impact.

‘I started the app for selfish reasons, as I just wanted to end my own addiction. But now, seeing the impact it has had is amazing. I’ve become so passionate about helping my community stop unhealthy gambling habits.’