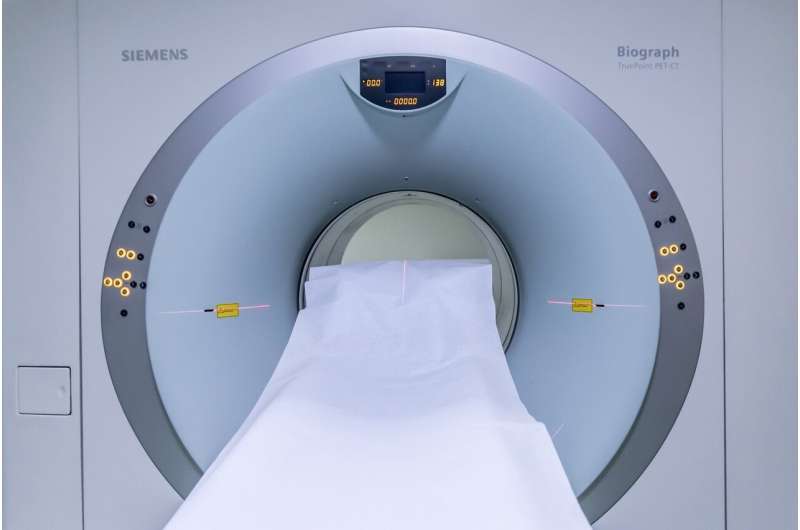 In screening for prostate cancer, the risk of overdiagnosis can be halved, a University of Gothenburg study shows. With the proposed diagnostic pathway, considerably fewer harmless tumors are found. This solves a big problem and makes general screening feasible.

Researchers at Sahlgrenska Academy, part of Gothenburg University, and Sahlgrenska University Hospital performed the present study, which is now published in the New England Journal of Medicine.

It focuses on a major problem in screening for prostate cancer: a very high proportion of the cancer cases detected represent small, usually harmless tumors. This carries a risk of many men being treated unnecessarily, with the associated risk of permanent complications in the form of urinary incontinence and impotence—effects that adversely affect their quality of life.

In the present study, 37,887 men in Sweden aged 50–60 years were invited to take the prostate-specific antigen (PSA) blood test. In the event of their PSA levels being elevated, they were offered magnetic resonance imaging (MRI) of the prostate. The 17,980 men who took part (47% of all invitees) were divided into two groups.

In the reference group, all those with elevated PSA levels were offered systematic tissue sampling, with 12 “blind” tissue samples taken from various parts of the prostate. If the MRI showed anything suspicious, another three or four targeted tissue samples were taken in the area concerned. Today this strategy is, broadly speaking, standard worldwide.

In the experimental group, only men with suspicious findings revealed by MRI were selected for tissue sampling. Four targeted tissue samples only were taken in the area of suspicion.

The results show that the risk of finding an indolent (harmless) cancer was halved in the experimental group, while serious, potentially deadly cancers were found on an almost equal scale in both groups.

The researcher in charge of the study was Jonas Hugosson, Professor of Urology at the University of Gothenburg and senior physician at Sahlgrenska University Hospital.

“We must get away from the blind sampling of tissues that’s still standard today, rely on the MRI examination, and thus switch diagnostics to taking samples only in those men in whom MRI has depicted tumors—and then only do targeted samples in the area involved,” Hugosson says.

“This strategy is sharply reducing the number of people who need to undergo tissue sampling, which is an unpleasant procedure with an associated risk of infection. What’s more, the strategy halves the risk of detecting a harmless tumor, which has been the biggest obstacle to introducing general screening for prostate cancer,” he continues.

In the experimental group, there was a greater probability that detection of a moderately severe cancer would be slightly delayed in a small proportion of individuals. Nevertheless, the overall result indicates that there are now sound medical arguments for introducing screening in line with the current model.

“The results from this study can pave the way for the introduction of general screening for prostate cancer. But assessment must include also other factors, such as costs and access to MRI scans,” Hugosson concludes.