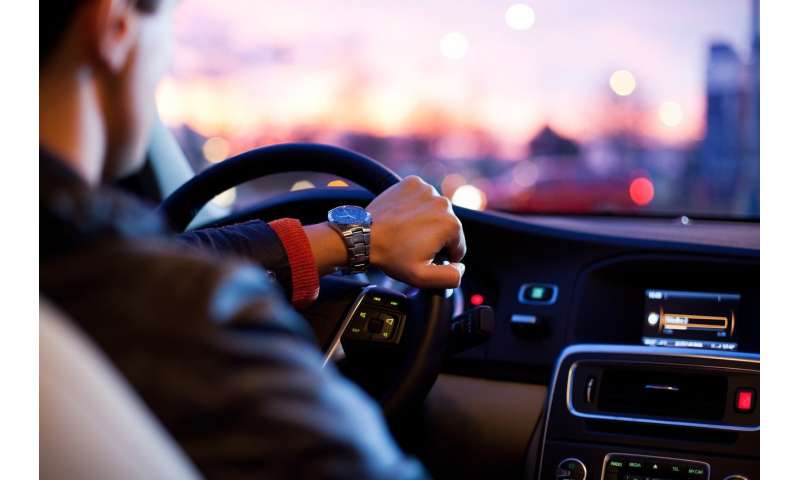 According to a roadside survey conducted in Washington State, 14.1% of drivers with children in the car—nearly one in seven—tested positive for THC, the principal psychoactive compound in marijuana. The results are published in the latest issue of the Journal of Studies on Alcohol and Drugs.

Because detecting THC in blood or saliva does not correspond to impairment as does a positive alcohol test, it’s unclear if these drivers were actively impaired by THC. Nonetheless, the study sheds light on the potential for increased impaired driving, and the risks for children, for states considering legalizing marijuana, and the need for better roadside testing for THC.

“Currently, there are a number of different tests being developed and validated to detect whether drugs are present, including saliva and even breath tests for THC,” according to study coauthor Angela Eichelberger, Ph.D., from the Insurance Institute for Highway Safety. “However, there is still a need for reliable, valid measures of impairment.”

For their research, the group, which was led by Eduardo Romano, Ph.D., of the Pacific Institute for Research and Evaluation, analyzed data from a roadside survey of more than 2,000 drivers age 21 and older conducted in Washington State in 2014 and 2015, after the legalization of recreational marijuana sales there.

During both daytime and nighttime hours, researchers asked drivers at stop lights and stop signs if they wanted to volunteer for the study. They obtained breath samples as well as blood and saliva samples from the volunteers and noted if children were present in the car, and surveyed the drivers about their attitudes regarding substance use.

Whether drivers had a child in the car seemed to affect their choice to drive while impaired by alcohol (that is, have a breath alcohol concentration over .08%).

“Encouragingly, we . . . found that among those with children [in the car], most did not drink and drive,” the authors write. No study volunteers had breath alcohol concentrations above .08% if they had a child in the vehicle. But nearly 1% of those without children in the car were above this legal limit. Further, only 0.2% of drivers of children had any alcohol in their system compared with 4.5% of drivers with no children present.

The authors also found that most of those surveyed said marijuana was “very likely” to affect driving. Still, some drivers did not recognize the risk of impairment, and those who thought marijuana was not likely to impair driving were more likely to test positive for THC than were other drivers. Among drivers with children who thought marijuana was not impairing, 40.6% tested positive for THC. Eichelberger notes that her previous research has shown that people tend to think that marijuana is less likely to impair driving than is alcohol.