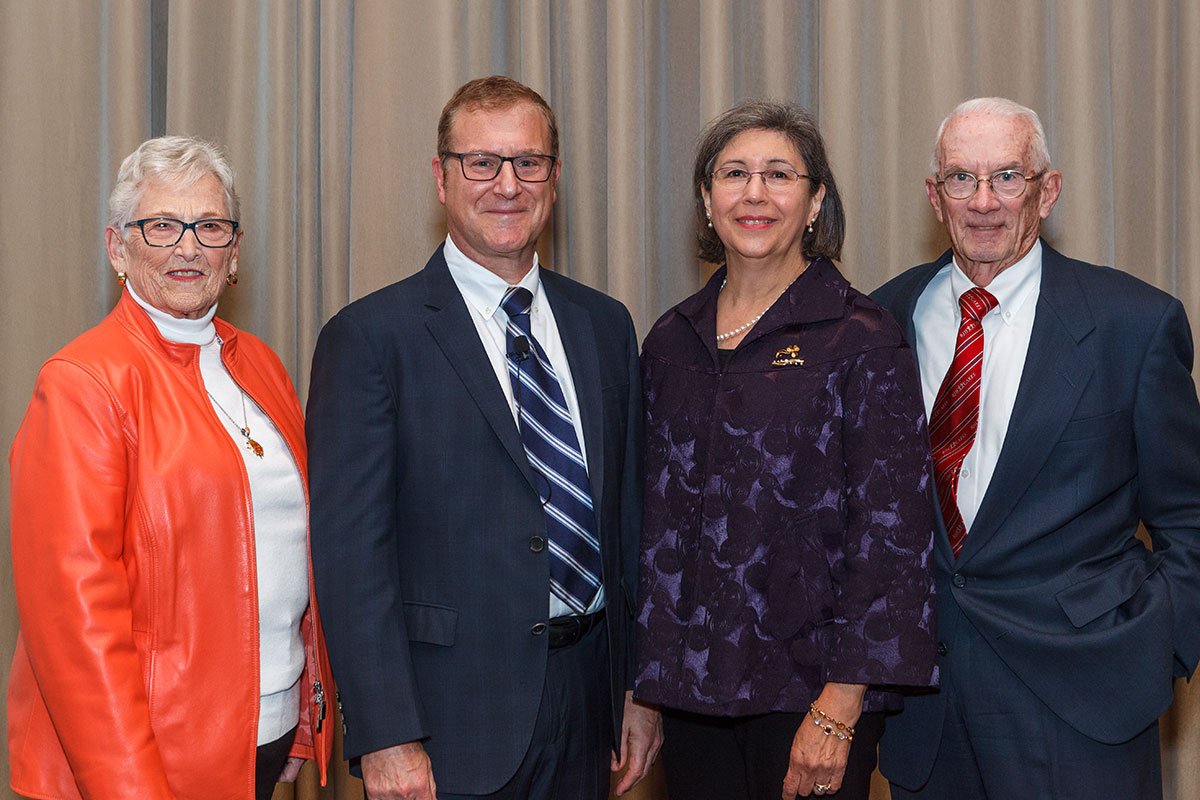 The honor, bestowed by The Foundation for Barnes-Jewish Hospital, recognizes Poplack’s contributions to the field of breast imaging. He has developed new techniques to detect early signs of breast cancer using X-rays, infrared light and microwaves, and by analyzing electrical impedance – the speed with which a small electrical current passes through tissues.

“Dr. Poplack has established several multidisciplinary collaborations that have great potential to change the method of treatment and improve outcomes for breast cancer patients,” said Bob Cannon, president of Barnes-Jewish Hospital (BJH) and group president of BJC HealthCare. “Through his expertise and leadership, Dr. Poplack is improving the patient experience and quality of care in women’s health at Barnes-Jewish, across the St. Louis region and beyond.”

Poplack’s many accomplishments include pioneering research in the development of breast tomosynthesis – a form of mammography that uses X-rays to create a 3-D image of the breast. He helped lead a multisite clinical trial of tomosynthesis that resulted in the Food and Drug Administration approving the technique. He continues to work on new clinical applications for tomosynthesis. He also is studying whether combining the powers of optical imaging and ultrasound can aid in monitoring the effectiveness of chemotherapy or endocrine therapy that is given to patients before surgery to remove a breast tumor.

“Steve Poplack is a very special faculty member at Washington University School of Medicine,” said Richard L. Wahl, MD, the Elizabeth E. Mallinckrodt Professor and head of the Department of Radiology, radiologist-in-chief at BJH and director of the university’s Mallinckrodt Institute of Radiology. “Steve is a true innovator in breast imaging, whose work has helped lead to the introduction of important imaging technologies such as breast tomosynthesis that directly improve our patients’ care. He continues to innovate and is constantly exploring and carefully validating new methods in well-performed clinical trials.

“In addition, he is a superb breast imaging clinician and educator. He is deeply deserving of this endowed chair, which will help support continued innovation. We are extremely grateful to the BJH foundation and to the Ron and Hanna Evens family for their continuing support.”

Poplack received his undergraduate degree from Stanford University in 1984 before completing medical school and an internship in medicine and surgery at Boston University. He completed his residency in radiology at Yale University, as well as fellowships in breast and body imaging during his fourth year of residency. Poplack served as a faculty member in the radiology department of Dartmouth-Hitchcock Medical Center for 21 years before joining the radiology faculty at Washington University in 2015.

The Ronald and Hanna Evens Endowed Chair in Women’s Health was established in 2004 by The Foundation for Barnes-Jewish Hospital to honor the distinguished career of Ronald Evens, MD. The chair is generously supported by many friends, colleagues and board members, as well as Evens and his wife, Hanna. Hanna is a 1960 graduate of Barnes Hospital School of Nursing and a former nurse at St. Louis Children’s Hospital.

Evens has held many leadership roles at BJC HealthCare and Washington University School of Medicine, including president and CEO of St. Louis Children’s Hospital, vice chancellor for financial affairs of Washington University, senior executive officer for special projects at BJC HealthCare, interim president of Barnes-Jewish College, and board member of Goldfarb School of Nursing. Evens received multiple degrees, including his medical degree, from Washington University School of Medicine, from which he graduated at the top of his class in 1964. When Evens became president of BJH in 1999, he worked with Timothy J. Eberlein, MD, the Bixby Professor of Surgery and head of the Department of Surgery, to create the Alvin J. Siteman Cancer Center at Barnes-Jewish Hospital and the School of Medicine. Eberlein is Siteman’s director.

The chair previously was held by Barbara S. Monsees, MD, who retired in July and is a professor emerita of radiology. Monsees has been a national leader in breast imaging, noted for her exceptional skills and dedication as a mentor of residents and clinical fellows.