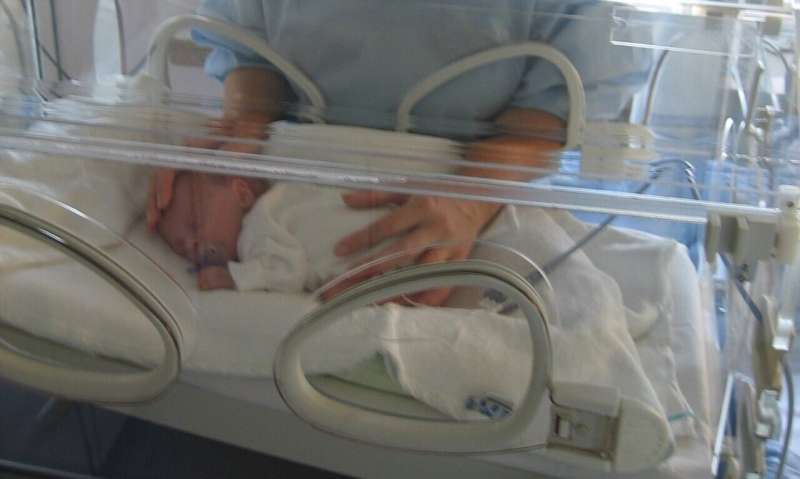 In a study of medical registry records of nearly 400,000 parent-child pairs from Denmark, a Yale School of Public Health study found that parents who were themselves born very prematurely were nearly twice as likely to have children with autism spectrum disorder.

The study, recently published in the International Journal of Epidemiology, provides solid evidence that autism spectrum disorder risk factors can span multiple generations—a new hypothesis that previously lacked much empirical evidence in humans. According to senior author Zeyan Liew, assistant professor in the Department of Environmental Health Sciences, these findings can help spark further research into the underlying mechanisms of autism risk transmission in families.

For their research, Liew and his team evaluated data collected from families across Denmark from 1978 to 2017 as part of its central medical records database. Researchers linked birth records of the parents to the medical records in their offspring to investigate whether there is a link between neonatal characteristics of the parents and autism spectrum disorder risk in their children. Their results suggest that women and men who were born at less than 37 weeks or low birth weight were more likely to have children diagnosed with autism spectrum disorder than those without adverse birth characteristics. The study authors reported that some other possible multigenerational risk factors they analyzed, such as grandparents’ education, place of residence, and their age at the time of pregnancy, only contributed minimally to the observed associations.

It remains unclear how exactly autism spectrum disorder risks travel across generations, but Liew said he has some hypotheses. For one, there has been growing evidence showing that changes in gene activity in response to environmental stimuli could be inherited across generations without changing the underlying DNA sequences—a phenomenon known as epigenetic inheritance. “These adverse characteristics at birth may act as a proxy measure of possible heritable epigenetic modifications as a result of harmful prenatal exposures affecting early life growth, which could help explain the multigenerational transmission of disease risk we observed,” Liew said.

Parents who were born with unfavorable characteristics may also be more likely to encounter challenges in the physical, mental, reproductive, or social domains of health in childhood and adulthood. Liew and his group evaluated these factors and found that educational achievement and mental health status of the parents before pregnancy played a small mediating role in the observed associations.

Genetics and other environmental or household factors shared across generations could play a part as well, but the researchers did not have that information for their sample in this study.

Liew and his team plan to do more research in this area to see if the same conclusions hold in other parts of the world and in other populations, with additional considerations of potential methodological challenges of conducting multigenerational studies like this.

“From previous studies, a lot of the findings that we’ve seen in Denmark hold up in other countries as well,” he said. “We think that this is not specific to Denmark, but we need more evidence from other places.”