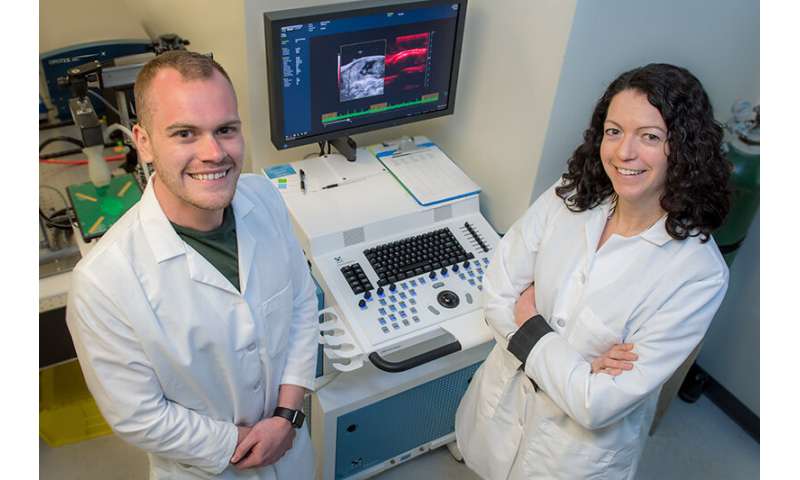 An imaging technique used to detect some forms of cancer can also help detect preeclampsia in pregnancy before it becomes a life-threatening condition, a new Tulane study says.

Preelcampsia is a hypertensive disorder that accounts for 14 percent of global maternal deaths annually and affects 5 to 8 percent of all pregnancies. Symptoms may include high blood pressure and protein in the urine and typically occurs after the 20th week of pregnancy.

The study, published in the open-access journal Scientific Reports was led by Carolyn Bayer, an assistant professor of biomedical engineering, along with a team of graduate students and researchers with the Tulane School of Medicine and Tulane School of Public Health and Tropical Medicine.

The study was conducted on pregnant rats using spectral photoacoustic imaging, a noninvasive procedure that can detect placental ischemia—a sign of possible preeclampsia—prior to the onset of symptoms, such as high blood pressure, severe headaches and dizziness.

“Spectral photoacoustic imaging is a powerful preclinical tool that has many promising applications in the understanding and treatment of pregnancy-related diseases,” Bayer said.

“It provides new imaging techniques to look at the progression of the disease through gestation, which might be a better way to understand which patients need interventions to treat the preeclampsia.”

Because it is a noninvasive procedure, it poses little to no risk to the fetus, compared to cordocentesis, a fetal blood sampling that is much more dangerous.