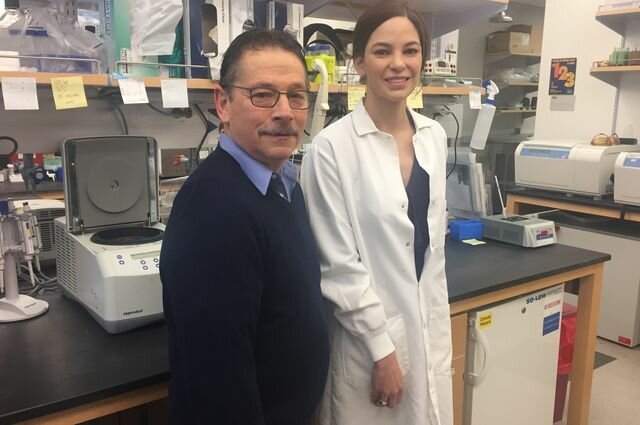 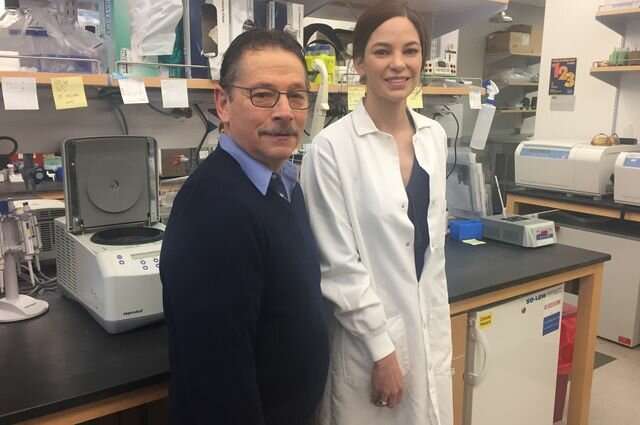 UCLA researchers led by Dr. Donald Kohn have created a method for modifying blood stem cells to reverse the genetic mutation that causes a life-threatening autoimmune syndrome called IPEX. The gene therapy, which was tested in mice, is similar to the technique Kohn has used to cure patients with another immune disease, severe combined immune deficiency, or SCID, also known as bubble baby disease.

The work is described in a study published in the journal Cell Stem Cell.

The approach adds a normal copy of the FoxP3 gene to blood stem cells, which can produce all types of blood cells. In the study, the approach corrected the genetic mutation in mice with a version of IPEX that’s similar to the human version of the disease, and it restored proper immune regulation.

To get the normal copy of the FoxP3 gene to the proper place within the blood stem cells, the researchers used a tool called a viral vector—a specially modified virus that can carry genetic information to a cell’s nucleus without causing a viral infection. The UCLA team engineered the viral vector used in the study so that the gene is turned on only in regulatory T cells, but not in other types of cells.

“It’s exciting to see how our gene therapy techniques can be used for multiple immune conditions,” said Kohn, a professor of pediatrics and microbiology, immunology and molecular genetics at the David Geffen School of Medicine at UCLA and member of the Eli and Edythe Broad Center of Regenerative Medicine and Stem Cell Research at UCLA. “This is the first time we’ve tested a technique that targets an autoimmune disorder, and the findings could help us better understand or lead to novel treatments for other autoimmune conditions such as multiple sclerosis or lupus.”

The name IPEX stands for immune dysregulation, polyendocrinopathy, enteropathy, X-linked. The syndrome can affect the intestines, skin and hormone-producing glands such as the pancreas and thyroid, as well as other parts of the body. It is typically diagnosed within the first year of life and can be life-threatening in early childhood. IPEX can be treated with a bone marrow transplant, but finding a matched bone marrow donor can be difficult, and the transplant procedure is often risky because people with IPEX can be very sick.

In the new study, the UCLA researchers used viral vectors to deliver normal copies of the FoxP3 gene to the genome of the mice’s blood stem cells so that they produced functional regulatory T cells. All of the mice in the study were virtually free of IPEX symptoms shortly after the treatment.

“It’s incredibly important that we only create regulatory T cells that have the non-mutated FoxP3 gene,” said Katelyn Masiuk, a student in the ULCA physician-scientist degree program and the study’s first author. “We found that if the FoxP3 protein is turned on in blood stem cells, the whole blood system functions abnormally. We realized that we needed a vector that only made FoxP3 in the regulatory T cells made from the blood stem cells, but not in the blood stem cells themselves or other types of blood cells they make.”

Kohn, who also is a member of the UCLA Children’s Discovery and Innovation Institute and the UCLA Jonsson Comprehensive Cancer Center, said the results are promising and the researchers hope to test the approach in human patients.