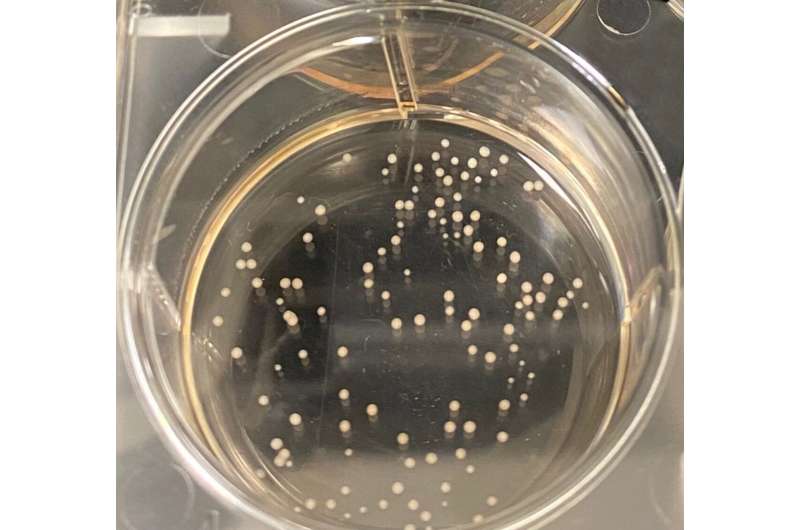 It could be the world’s tiniest EEG electrode cap, created to measure activity in a brain model the size of a pen dot. Its designers expect the device to lead to better understanding of neural disorders and how potentially dangerous chemicals affect the brain.

This engineering feat, led by Johns Hopkins University researchers and detailed today in Science Advances, expands what researchers can accomplish with organoids, including mini brains—the lab-grown balls of human cells that mimic some of a brain’s structure and functionality.

“This provides an important tool to understand the development and workings of the human brain,” said David Gracias, a Johns Hopkins chemical and biomolecular engineer and one of the creators. “Creating micro-instrumentation for mini-organs is a challenge, but this invention is fundamental to new research.”

Since organoids were first created more than a decade ago, researchers have modified stem cells to create small-scale kidneys, lungs, livers, and brains. The complex, miniature models are used to study how the organs develop. Researchers study unaltered organoids next to ones that are genetically modified, injected with viruses, and exposed to chemicals. Organoids, particularly mini brains, are increasingly important in medical research because they can be used in experiments that would otherwise require human or animal testing.

But because the conventional apparatus to test organoids is flat, researchers have been able to examine only limited cells on their surface. Knowing what’s happening to a larger number of cells in the organoid would help understanding of how organs function and diseases progress, Gracias said.

“We want to get information from as many cells as possible in the brain, so we know the state of the cells, how they communicate and their spatiotemporal electrical patterns,” he said.

Humans “are not ‘Flat Stanley,'” said co-author Lena Smirnova, a research associate in the Department of Environmental Health and Engineering at the Bloomberg School. “Flat measurements have inherent limitations.” 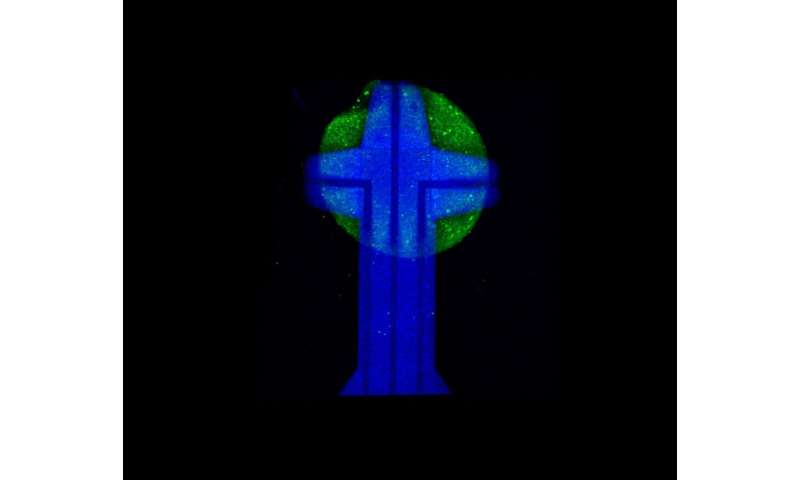 Inspired by the electrode-dotted skull caps used to detect brain tumors, the team created tiny EEG caps for brain organoids from self-folding polymer leaflets with conductive polymer-coated metal electrodes. The microcaps wrap around the entirety of an organoid’s spherical shape, enabling 3D recording from the entire surface, so that, among other things, researchers can listen to the spontaneous electrical communication of neurons during drug tests.

The data is expected to be superior to the current readings from conventional electrodes on a flat plate.

“If you record from a flat plane, you only get recordings from the bottom of a 3D organoid sphere. However, the organoid is not just a homogeneous sphere,” said first author Qi Huang, a Ph.D. Candidate in Chemical & Biomolecular Engineering. “There are neuron cells that communicate with each other that’s why we need a spatial-temporal mapping of it.”

With more detailed information from organoids, researchers can study whether chemicals used in consumer products cause problems in brain development, said co-author Thomas Hartung, director of the Center for Alternatives to Animal Testing at Johns Hopkins Bloomberg School of Public Health.

“Some chemicals like pesticides are especially suspicious as many kill insects by damaging their nervous system,” Hartung said. “Flame retardants are another class of chemicals where we have concerns.”

Researchers hope that readings from the caps could reduce the number of animals needed to test chemical effects. Traditional testing of just one chemical requires about 1,000 rats and costs about $1 million, Hartung said. The results from organoids are also more germane, he added, because human brains are very different from rat and mice brains.