Should you add a blue light filter to your glasses? 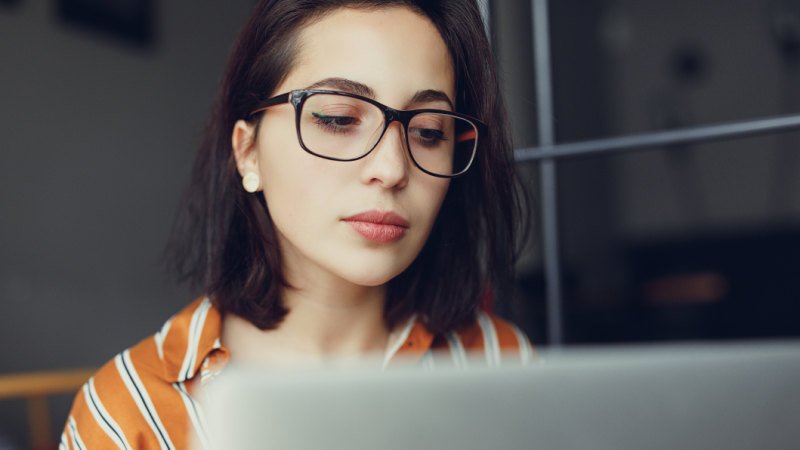 January brings with it a swathe of advertising from glasses retailers, jumping on the recently renewed health insurance benefits of the bespectacled. But this summer, the hot product isn't new frames, it's new lenses.

Simultaneously tapping into our fears that we are spending too much time on devices and not getting enough sleep, blue light blocking technology is being touted as the next big thing for glasses wearers. 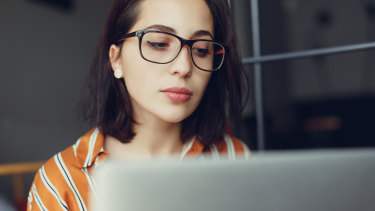 Are blue light glasses worth it?Credit:Shutterstock

Bailey Nelson will add a blue light filter onto a new pair of specs for $50, while Oscar Wylee's blue light lenses will cost you $80. OPSM's glasses come with a "BlueGuard" lens for an additional $50 for adults and $25 for children. It isn't just happening in the prescription glasses market: Melbourne sunglasses brand Quay Australia have made a name for themselves internationally with their blue light range.

With all the hype, one has to ask: are blue light glasses worth it?

Exposure to blue light before bed can affect our ability to sleep in three ways: by suppressing our body's production of melatonin (which helps us to sleep), increasing alertness, and affecting our body's internal clock (or circadian rhythm).

"Even though it may be 11pm, you're giving a signal to your clock that it's daytime, that it's several hours earlier, and then it's harder to get to sleep," Associate Professor Cain explains.

There's also evidence that blue light exposure can affect the quality of the sleep you have throughout the night: a 2013 study by Swiss researchers found blue light exposure even at relatively low levels (i.e. sitting in a room lit by a standard LED lightbulb) can lessen the amount of slow-wave sleep (the most restorative type of sleep) a person has earlier in the night.

Because it isn't just your phone that is causing problems. Although humans are exposed to less blue light each day than we would have received from the sun while living largely outdoor lifestyles centuries ago, our exposure is now occurring through artificial sources at unnatural times, particularly room lighting when the sun goes down.

"Most Australians have a lot of blue light in their environment because of the decision to switch to more energy-efficient LEDs," Associate Professor Cain says.

"That's fine for saving some money on energy, but it replaced light which had less of an effect on our internal clock. Now we have these LEDs, which are very blue-enriched, and we have them on in our houses all the way up to bed."

Can blue light damage your eyes?

The short answer to this question is: yes, but probably not at the levels at which you are exposed to it.

A lot of the marketing around blue light lenses is focused on screen use during the day – Bailey Nelson's website claims their filter "helps reduce eye strain and fatigue caused by screens and devices", while the Oscar Wylee blue light lens is "for those who spend their days in front of a computer screen" – and how this can supposedly lead to eye strain.

However, Melbourne optometrist and Optometry Australia spokesperson Sophie Koh says more evidence is needed as to whether blue light exposure specifically causes eye strain, a notion which has come about as a result of "limited, smaller studies and anecdotal evidence".

"Research is ongoing in this area and there are many other components which contribute to digital eye strain or 'computer vision syndrome'," she says.

As for more serious eye problems, it is unlikely these can be caused by your smartphone habit.

A 2018 report by New Zealand government science organisation Royal Society Te Apārangi found that, while retinal damage can occur following high intensity exposure to blue light, this would require a level of blue light far greater than that emanated by an LED screen.

With this evidence, Koh says "at this stage… we don’t need to worry about computers or phones ‘frying’ our retina".

"Recent research has shown that even in extreme conditions, the level of blue-light exposure from computer screens and mobile devices is less than that absorbed from natural daylight, and this is below the international safety limits," she says.

Blue light glasses: are they worth the investment?

If you are worried about having sore eyes from sitting at a computer all day, Koh recommends seeking the advice of an optometrist to rule out common vision problems like uncorrected refractive errors (which can be fixed with a prescription) or dry eye.

There are also other measures, such as following the 20-20-20 rule – every 20 minutes look up from your screen and at least 20 feet (six metres) into the distance for 20 seconds – or using an app like like F.lux or Apple Night Shift to filter out blue light on your smartphone, which may be useful.

But if you are mainly looking to improve the quality of your sleep, Associate Professor Cain says he would be "very much supportive" of someone wearing blue light filter glasses in the evenings, particularly putting the glasses on at the same time each night to encourage the body to develop a regular circadian rhythm.

However, he would warn against wearing glasses with strong blue light filters during the day, as this could "potentially" impact alertness.

"It's not been tested directly, but we know that blue light is alerting during the day, so exposure to lots of blue light during the day could be quite good for, not just for alerting you, but [also] giving your body a strong signal that it's day," he says.

"If you're blocking that, you're in a situation where there isn't enough of a signal to your clock to tell the difference between day and night. I think it would be a terrible idea to wear these things at all times of day."

And, if you want to buy blue light glasses so you can text into the early hours, keep dreaming: ultimately, no special pair of glasses will beat putting your phone away before you go to bed.

"It's obvious that if you're using devices in a way that makes you more activated – if you're looking at work emails or worrying about the next day – it's going to be harder to fall asleep."