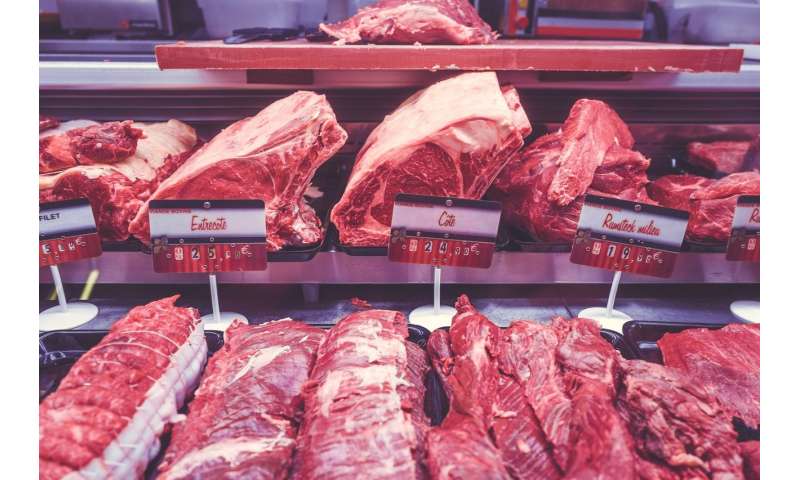 Should you stop eating red meat for health reasons?

That’s the question rocking the nutrition and scientific community after guidelines published in a peer-reviewed journal said people should continue eating red meat, running counter to what many scientific and health organizations have said for years.

The paper’s authors say the existing evidence is not strong enough to back a guideline that urges people to avoid eating red meat.

However, the study’s authors reject these sweeping public health claims.

“It’s a form of patriarchy if we just tell people they should eliminate or reduce their meat consumption,” said Bradley Johnston, the lead study author. “We don’t believe that there should be broad public health recommendations, almost like scare tactics, for the population as a whole.”

However, the paper has drawn sharp criticisms from doctors who say the methodology used to grade the existing research misrepresents the vast data that shows red meat’s ties to adverse health outcomes, like heart disease, cancer or type 2 diabetes.

What did the research find?

The recommendations were based on five analyses of existing research: four on the health effects of eating red meat and one on people’s health-related preferences on red meat, meaning how much they value meat and its effects on their health.

Johnston, a professor of community health and epidemiology at Dalhousie University in Halifax, Nova Scotia, said his group used the GRADE standard of analyzing scientific evidence to make a determination about existing research.

GRADE is one method to review existing scientific evidence and make a recommendation based on its strength, and it gives higher weight to randomized controlled trials than to observational studies, which many nutrition studies are.

“Based on these reviews, we cannot say with any certainty that reducing red meat or processed meat will prevent cancer, diabetes or heart disease,” Johnston said.

Why are people criticizing the research?

The Annals’ paper has drawn sharp criticism from some researchers in the scientific community who say evidence does show the link between eating red meat and health problems.

“Nothing new is coming out of the study,” said Dr. Frank Hu, chairman of the Department of Nutrition at Harvard T.H. Chan School of Public Health. “There was no breakthrough. It just confirmed previous findings.”

Dr. Neal Barnard, a professor of internal medicine at George Washington University who is also critical of the guidelines, said the Johnston group’s analyses show “clear evidence that if you do reduce red meat that your risk of stroke, diabetes, heart attack and cancer not only goes down, but that it’s statistically significant.”

The issue, the doctors say, is that the guidelines published in Annals do not match up with the analyses Johnston’s group did.

Barnard, also president of the Physicians Committee for Responsible Medicine, has since filed a petition with the Federal Trade Commission through his group, saying the Annals of Internal Medicine misrepresented the new guidelines as definitive and did not accurately describe the risks of red meat.

What much of the difference comes down to is whether the use of the GRADE system to rate the quality of existing data was appropriate.

Dr. Christine Laine, editor of the Annals of Internal Medicine, said the reviews and guidelines are valuable because they provide a transparent and independent look at existing data and make a recommendation based on the clear methodology of the GRADE system.

She and study author Johnston, head of the independent research group NutriRECS, say that existing recommendations from international health groups are not transparent in how they create the standards for their guideline.

However, critics of the Annals’ research say that GRADE is more applicable for analyzing evidence like a drug trial.

Hu, of Harvard, acknowledged the limitations with observational studies—they don’t show causation because a variety of compounding factors like a person’s lifestyle or other dietary choices could be causing the adverse health effects.

However, when nutrition data is replicated across demographics, age and geography—as was the case with the more than 6 million participants from more than 100 large studies in the Annals’ analyses—it should be taken seriously, Hu said.

Should I eat less red meat?

The guidelines published in the Annals are not an official statement from a health organization and haven’t changed existing international guidelines.

But some doctors say it’s another reminder that diet is complex and personal part of our lives.

“If you really want to look at the bottom line, nutrition is more about eating patterns and lifestyle than it is about a single, particular food,” Mount Sinai’s Mechanick said.

For some, eating red meat is a fact of life. But how the meat is prepared and what is is served with also matters, Mechanick said. Meat cooked in heavy grease or served with foods high in sodium and saturated fats should not be overconsumed, he said.

While there may be a fear that these findings could encourage people to disregard the potential risks of eating red meat, he also said that he sees it as a positive because it can spark a conversation with a patient.