Sick of being sick: The resilience backlash is thankfully here

Resilience has become the catchphrase of the pandemic and the catch cry for every hardship we endure, no matter how high the steaming pile has become.

Many of us have felt the drain of domino illnesses and difficult events over the past three years. 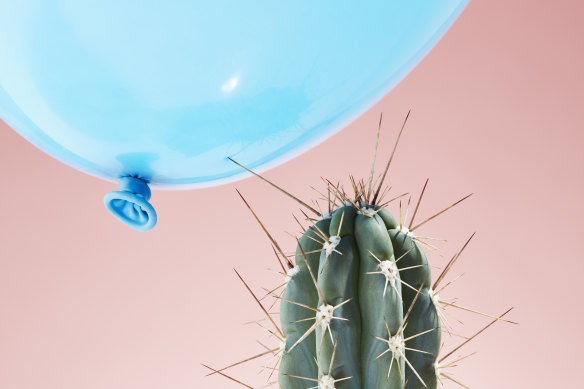 The bubble is bursting on resilience as the answer to all things.Credit:Getty

There is the human Petri dish of daycare that brings a revolving door of illness to young families; there is the flu season that has knocked many of us when we were already down with COVID; there are the multiple rounds of multiple variants of COVID; there are the enduring emotional and financial impacts of the lockdown; and there are the devastating natural disasters that have left people surrounded by flames, droughts and floods.

But, be resilient or build resilience, right? Its definition is the ability to cope with difficulties and bounce back from crises. For many, however, it has come to feel like another way of saying ‘suck it up’.

The call for resilience is not just permeating our personal lives. It has become a top priority in the workplace, where, some research suggests, bullish behaviour that is lacking in self-awareness can sometimes be mistaken for resilience.

Thankfully, the backlash has arrived.

And if we’re not? What if we feel exhausted by the onslaught, or we can’t just bounce back every time?

The call to be resilient can make people feel pressured to be fine when they are not. It also implies that some people are innately resilient whereas others are not, says Dr Norman Swan, explaining his aversion to the word.

“Militaries around the world have spent a fortune trying to recruit ‘resilient people’ so they don’t get PTSD, and they’ve failed,” he says. “We have resilient times in our lives, and we have times when we’re not… It’s not that resilience is bullshit, it’s just another excuse for victim blaming: ‘some weak person who’s not resilient’.”

Research published in the journal Psychiatry Research in July, found low-to-moderate levels of stress are associated with increased resilience, better cognitive functioning, and a lower risk of psychopathology.

But, the authors noted, chronic stress is “toxic” and affects our immune system, emotional regulation, and brain functioning.

Appreciating that the dose of stress affects our ability to be resilient is one aspect, says Hurley. Our access to support and resources is another. Either way, few people just ‘bounce back’.

“It sort of infers I should get back to my ‘normal’ self very quickly but how can anyone go through adversity and not be unchanged by it?” he says.

“I would think anyone who has been exposed to adversity would do some reflection on them and their place in the world, and they might [come out] a slightly different person, hopefully a bigger person and that can be a slow process and that’s OK.” 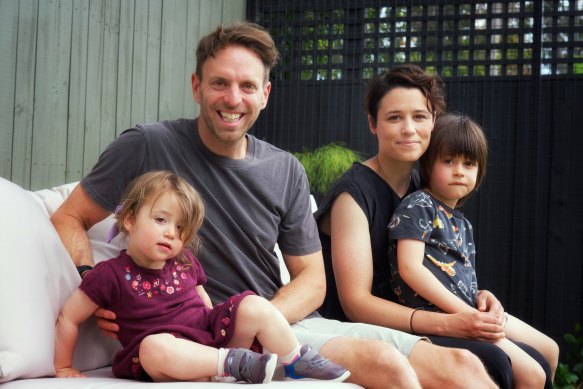 “I don’t think that concept [of resilience] resonates for a lot of people right now”: Hugh van Cuylenburg with wife and two of his three children. Credit:Luis Enrique Ascui

Hugh van Cuylenburg started The Resilience Project in 2013 to deliver programs, talks and strategies to build resilience. Since the pandemic started, he says demand for his business is stronger than ever, and although he thinks it is a “beautiful word”, he acknowledges that the connotations around resilience have changed.

“I’ve been using the word ‘cope’ a lot more than ‘resilience’ because resilience is when you go back to what you were beforehand or possibly even stronger,” says the father of three children under five. “I don’t think that concept resonates for a lot of people right now. I don’t think a lot of people feel we are back to where we were or stronger.”

Instead, van Cuylenburg, whose Resilience Project tour is on at the Sydney Opera House on Saturday 10 September, says he is “working very hard” on accepting where life is at right now: “Acceptance is a very powerful tool that allows us to deal with what’s going on.”

He also runs – “it’s one of the main ways I cope” – and thinks about the good things that are coming up that can’t be cancelled: “The weather will get warmer here in Melbourne, we will see more of the sun, flowers will bloom.”

Doing what we can to fill our well is essential, says Hurley, who also suggests talking to friends, talking to professionals, and putting ourselves in green, natural environments as much as possible.

Sometimes we have to just sit with uncomfortable emotions too, Hurley adds. “I’m not going to call them negative because that infers there’s something unhelpful about them,” he says. “We’ve all experienced great hurt out of love and achieved great things out of anger. Hopefully as we sit with them, we learn something new about ourselves and when future challenges come, we’ve built up some additional capacity.”

This additional capacity might simply come in the form of self-awareness – a key component of resilience, which contrasts with denial and the aggressive ploughing through challenges it is sometimes confused with.

“The more self-aware I am, the more alert I am to being overwhelmed by any stresses I am trying to respond to and can do something about it now rather than collapse into a hole,” Hurley says.

Resilience, he adds, is not a binary “I’m coping, or I’m not coping”, it is navigating our way through smooth and rough patches, becoming stuck, recalibrating and finding a way to move forward again. It doesn’t mean grinning and bearing everything life throws at us or being unaffected by life’s tumult.

“I have an innate suspicion of people who claim to be 100 per cent well all of the time. We very periodically get there.”