Stomach bloating: Could your bloated stomach pain be a sign of cancer? When to see a GP

Stomach bloating usually happens after eating, as a result of difficulty digesting certain foods. It can also be caused by a more long-term problem such as IBS or a particular food intolerance. But bloated stomach pain is also a symptom of a few different types of cancer, so how do you know if your bloated stomach is something serious? Here’s what you should look out for which would require a visit to your doctor.

These symptoms are often caused by other, non-cancerous illnesses, but it’s important to see your GP so they can investigate

Health experts advise seeing a doctor if stomach pain and bloating persists, if there is no obvious cause for it, or if you experience other symptoms alongside it.

Stomach bloating and pain is a common symptom of cancers including bowel cancer, stomach cancer and ovarian cancer.

Bowel cancer is one of the most common types of cancer in the UK, but worryingly, symptoms can be subtle and don’t necessarily make you feel ill.

More than 90 per cent of sufferers, however, will experience abdominal pain, discomfort or bloating brought on by eating, as well as a persistent change in bowel habits, and blood in the stools.

Most people with these symptoms will not have bowel cancer, however the NHS advises seeing your GP if they persist for more than four weeks. 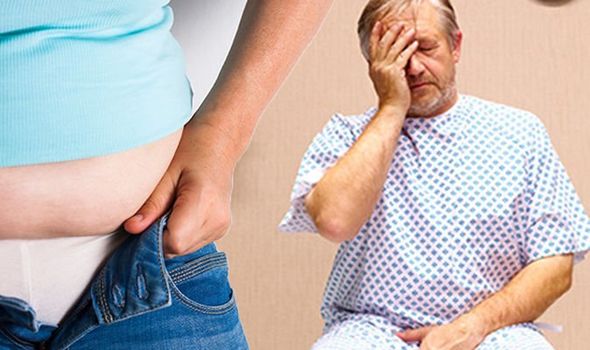 Stomach cancer is fairly uncommon, with around 7,000 people each year in the UK being diagnosed.

Symptoms of advanced stomach cancer include blood in the stools, loss of appetite and weight loss. 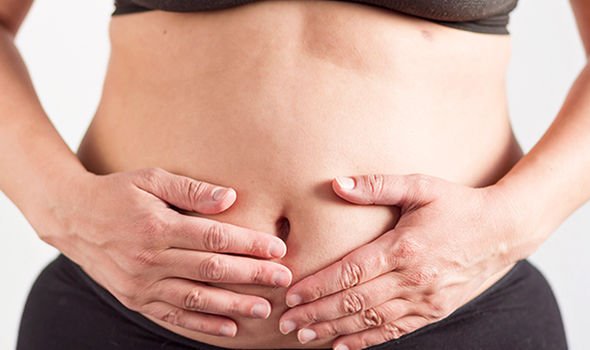 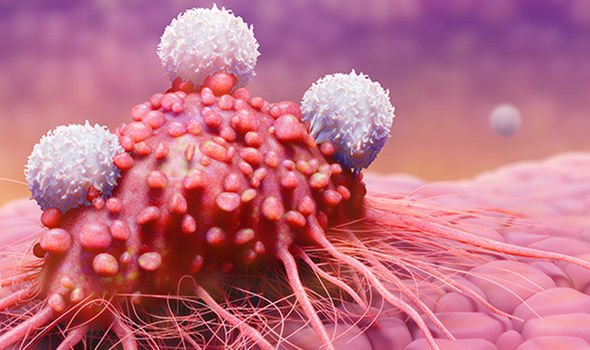 It has been reported that DOUCHING could double the risk of developing Ovarian Cancer – a disease which has been dubbed the ‘silent killer’. We take a look at the signs and symptoms of the disease

In women, the symptoms of ovarian cancer can often be confused with irritable bowel syndrome or pre-menstrual syndrome.

The most common symptoms are discomfort in the tummy or pelvis, feeling constantly bloated, a swollen tummy, feeling full quickly when eating or loss of appetite, and needing to wee more often than normal.

Other symptoms include persistent indigestion or nausea, pain during sex, changes in bowel habits, back pain, vaginal bleeding, feeling tired all the time and unintentional weight loss.

“It’s important to be aware of any unexplained changes to your body, such as the sudden appearance of a lump, blood in your urine, or a change to your usual bowel habits,” said the NHS.

“These symptoms are often caused by other, non-cancerous illnesses, but it’s important to see your GP so they can investigate.”