Sue Nicholls, 75, made her debut on ITV’s Coronation Street in 1979 and became a permanent member of the cast in 1985. During her time on the show she’s won achievements such as the 2000 British Soap Award for Best Comedy Performance and the 2003 British Soap Award for Best Dramatic Performance. Sue’s character has been embroiled in a number of dramatic storylines on the show. Back in 2010, Audrey was involved in a love triangle involving Nigel Havers as Lewis Archer and Rula Lenska as Claudia Colby, and in an effort to win Lewis’s affections, she took to wearing a revealing outfit. But as well as Audrey grabbing the male attention she desired during that episode, she also grabbed the attention of nurse Anna Bianconi-Moore, who had just returned home from a busy shift in the dermatology clinic at Addenbrooke’s Hospital in Cambridge.

Anna’s attention was drawn to an irregular-looking mole on Sue’s shoulder, which is one of the signs of skin cancer

Anna’s attention was drawn to an irregular-looking mole on Sue’s shoulder, which is one of the signs of skin cancer.

“I noticed it was irregular in shape and had at least three different colours that I could distinguish by standing close to the television,” Anna told Mail Online in 2012.

“These are two of the red-flag signals that distinguish the most deadly form of skin cancer – malignant melanoma. I was obviously incredibly worried for Sue, and felt I needed to do something.”

Before the episode had ended, Anna went online and contacted ITV expressing her concerns.

She added: “I wrote that I had observed a sinister-looking lesion and suggested that Sue should see a specialist, sooner rather than later, as it may require urgent attention.”

The mole was checked-out by the company doctor, who then measured the mole and asked Sue to return a few months later to check if it had grown. 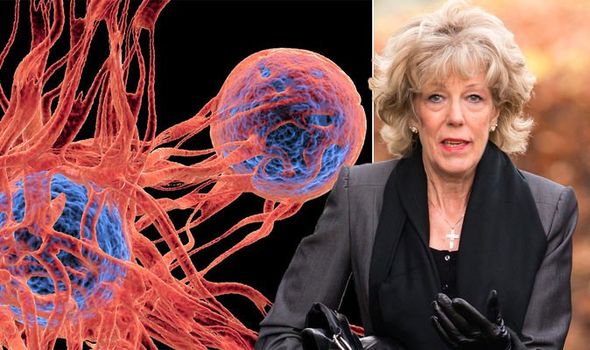 In that time frame the mole was found to have grown a quarter inch, so Sue was referred to a skin cancer specialist who then decided the mole should be removed.

ITV at the time said: “Anna Bianconi-Moore was watching a scene in which Sue Nicholls – who plays Audrey Roberts – was in a sleeveless nightie when she noticed a mole on her shoulder. That mole turned out to be the most deadly form of skin cancer.

“Whilst millions watched the same scene in their living rooms at home, specialist skin care nurse Anna was able to diagnose the blemish as malignant melanoma after pausing the TV and taking a closer look.

“The 55 year old who’s from Suffolk then got in touch with the show to warn Sue to get the mole checked.

“In the end, almost a year passed before Sue had the mole removed and the diagnosis of malignant melanoma was confirmed. The actress then appealed for the viewer to get back in touch. 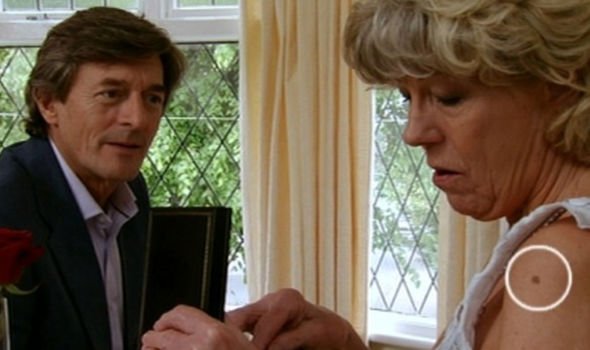 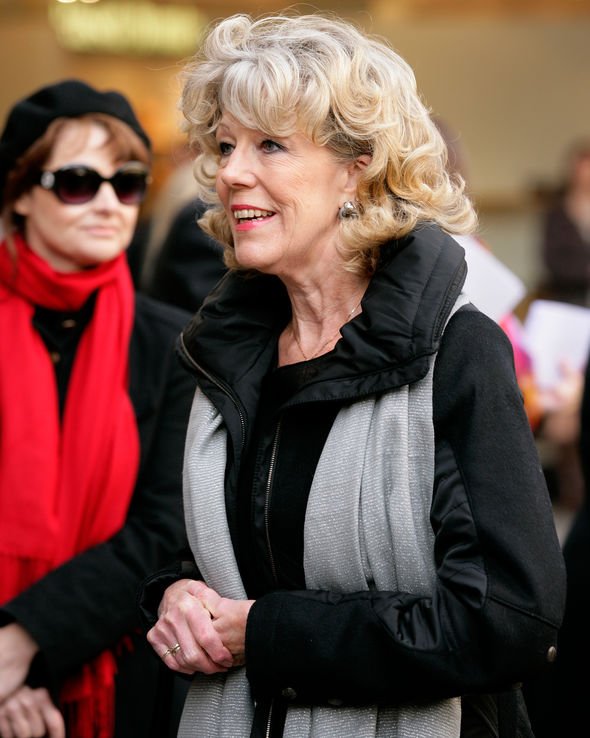 “The two finally met on the Coronation Street set at the end of May so Sue could thank her in person – for potentially saving her life.”

The first sign of melanoma cancer tends to be a new mole or a change in the appearance of an existing mole, according to the NHS.

It explains: “Normal moles are generally round or oval, with a smooth edge, and usually no bigger than 6mm (1/4 inch) in diameter.

“But size isn’t a sure sign of melanoma. A healthy mole can be larger than 6mm in diameter, and a cancerous mole can be smaller than this.

“See your GP as soon as possible if you notice changes in a mole, freckle or patch of skin, particularly if the changes happen over a few weeks or months.”

The health body notes the signs to look out for: