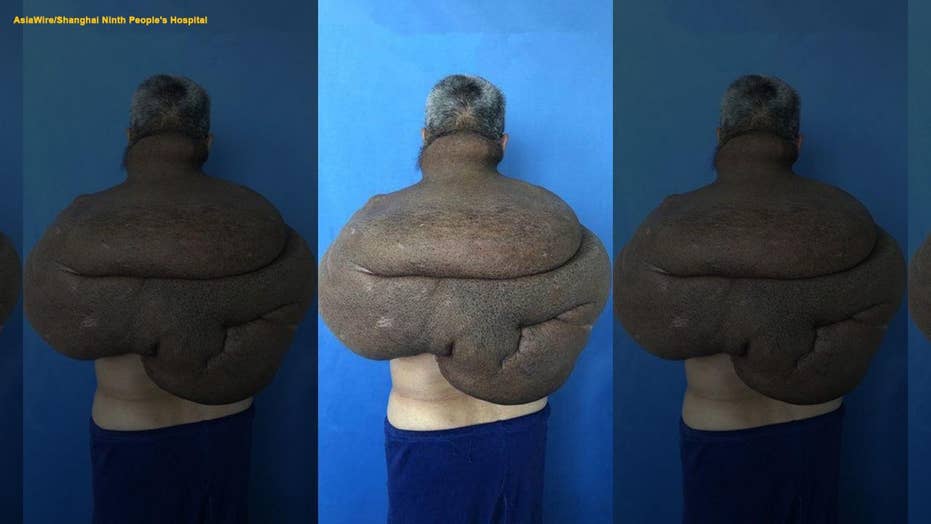 Surgeons in Shanghai remove a 61-pound tumor from a man’s neck and upper back in a 33-hour marathon surgery.

A 68-year-old man in China reportedly underwent life-changing surgery to remove a 61-pound cancerous tumor from his neck and upper back earlier this month. The patient, identified as Mr. Tang, had reportedly had the tumor for over 30 years but couldn’t find a doctor willing to operate. 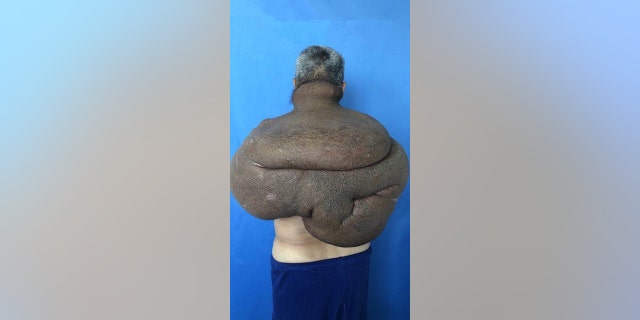 Tang reportedly lived with the tumor for over 30 years but could not find a doctor willing to take on his case.
(AsiaWire/Shanghai Ninth People’s Hospital)

According to AsiaWire, Dr. Yang Jun at Ninth People’s Hospital of Shanghai agreed to take on his case following a medical emergency related to the tumor last year. The tumor, which measured 33 inches long by 25 inches wide, was allegedly attached to Tang’s lungs, spine and major blood vessels. 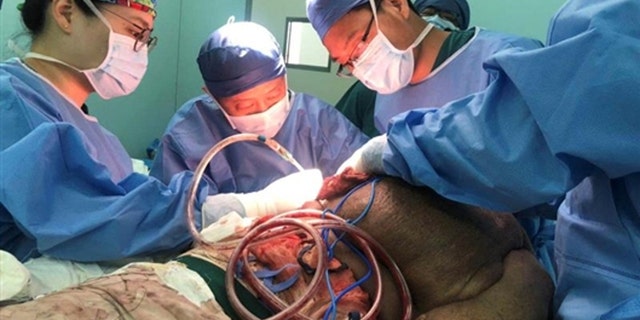 The marathon surgery reportedly took 33 hours to complete, but doctors removed the entire growth from his neck and back.
(AsiaWire/Shanghai Ninth People’s Hospital)

Yang reportedly led the 33-hour marathon surgery on April 1, and said Tang experienced major blood loss due to the complexity of the tumor, but that they stabilized him and were able to remove the entire growth.

Tang was reportedly well enough to begin eating normally five days after surgery, and has since recovered to the point where he can walk on his own.