The Big Happiness Interview: DJ Fat Tony on addiction, abuse, and opening up

‘I was homeless, I had no teeth, I was dying,’ writes DJ Fat Tony (real name Tony Marnach), in his brutally honest Sunday Times best-selling memoir, I Don’t Take Requests.

In the book he recounts his journey from growing up on a council estate in South London to becoming a super-star and infamously hedonistic DJ, playing for everyone from Madonna to Prince, and how he counts the likes of Kate Moss, Boy George and Vogue Editor-in-Chief Edward Enninful as close friends.

Struggling with a decades-long addiction to drugs and alcohol, Tony finally hit rock bottom and chose a life of sobriety in 2006.

‘These days nothing gets me high like music does,’ he tells Metro.co.uk. ‘I’ve learned that it all starts with what’s going on inside.

‘Once you get your head sorted out, everything falls into place around it.’

A passionate LGBTQ+ activist, Tony is here to talk to us about therapy, healing and his take on happiness.

You are appearing at Ferne Cotton’s Happy Place Festival this summer, so what’s your happy place?

My happy place is the English rose garden in Battersea Park. I used to go there when I was really young.

It’s such a tranquil place within all the chaos of London. It’s right in the centre of the park. Most people don’t even know it’s there. It’s beside the little brown dog statue – which was erected in honour of a little stray dog which was cruelly treated by vivisectionists.

You have DJ-ed at the parties of some of the most famous people in the world. What do you think the connection is between fame and happiness?

If you’re striving to be famous, you’re never going to be happy, you just become depressed. When you stop craving that stuff, and you start living in the moment, really good things start to happen to you again.

Some of my best friends are the most famous people in the world. And it’s not about fame to them, they’re just normal people.

For instance, Kate (Moss) is just wonderful and one of the most normal people, Elton (John) is just so down to earth and such an incredible human being. When you’re with them, you forget that they are famous.

I think that people who are chasing fame need to do the inner work. 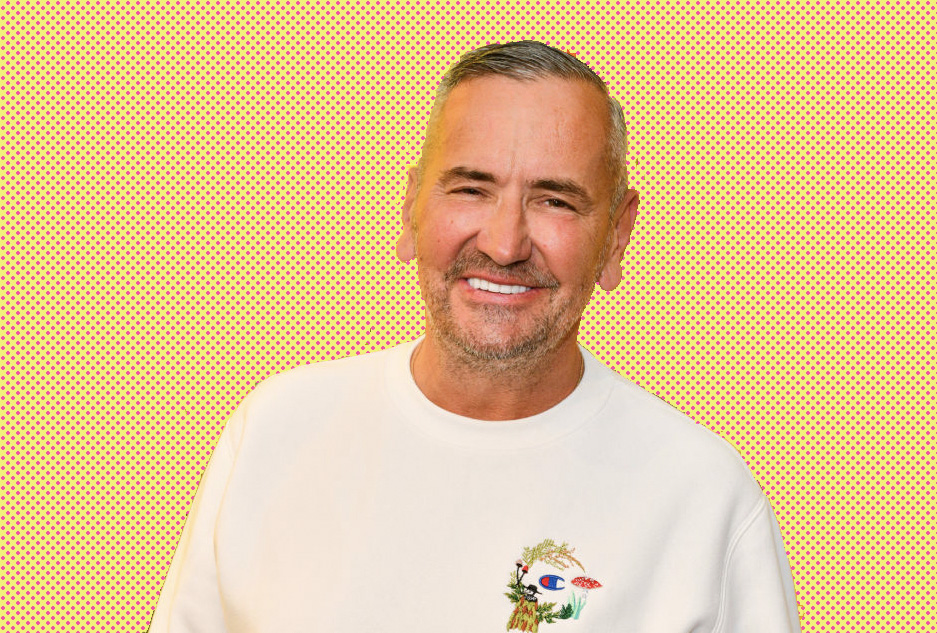 Stop looking to other people to make them feel loved. You have to build your self-esteem from the inside out.

How do you do that?

The first thing we need to do is look at the baggage that we carry and then try and heal it.

I spent a lifetime carrying trauma and baggage to every relationship I had – be it with a friend or a boyfriend or my parents.

If you’re carrying trauma, you can’t let people in, you push them away because you can’t cope with intimacy. So it’s much easier for us to keep people at arm’s length because otherwise – God Forbid – people will get to know the real us. So we hang on to our baggage and we go through life, living in ego and fear.

But once we drop that sh*t, and realise our behaviours are learned behaviours, that’s when change happens.

If you’re striving to be famous, you’re never going to be happy.

What kind of change?

I treat myself with love and respect now. I don’t abuse myself anymore. I’ve learned that you have to learn to love yourself before you can love anyone else.

Don’t get me wrong. I can wake up in the morning and think, ‘oh my god, I’ve put on so much weight’. I can either allow that thought to process and to stay with me for one day, a week, two weeks a month, right? Or I can shake it out my head and decide to think positively.

The only reason I eat the wrong foods is when the self-loathing takes hold. I won’t let it now but when I was doing the publicity tour for the book, I did struggle.

I was talking about trauma of being sexually abused when I was ten. I’d be sitting there and people would be asking me questions about the abuse chapter. And as soon as they started talking about that, I would remember all over again – even the smell of the man who abused me.

I’ve dealt with the trauma of it, but it’s never going to go away. But when you’re talking about it constantly and with new people, it made me feel vulnerable.

Your book is very honest.

I used to wake up at three in the morning thinking, ‘why have you written that and put it all out there? Why have you done that when your life’s really good right now? People are going to really judge you’. By six o’clock in the morning, I would have completely annihilated myself.

So yes, I felt vulnerable and it’s learning to to cope with that vulnerability.

But I’ve had the most incredible response. After three days, it went into the Sunday Times bestseller list. When my publisher told me, I just burst into tears. I couldn’t believe that people loved it. I felt such love and acceptance.

In the book you write about the shame you felt about being abused.

I was ten years old. I had nothing to be ashamed of but somehow you do feel ashamed. You think people are going to shame you on or throw bricks at you.

I’ve been honest about my addictions and I’m being shown love for everything that I thought people would hate me for. It’s a remarkable process.

If someone has been abused in childhood and is reading this article, what would you say to them?

Find someone that you can sit and talk to about it is. But do it in a safe place with someone who you either trust and love or find a professional. It’s a very, very hard thing to do so it’s important to find the right person. It’s a very difficult process.

When I wrote about it in the book, I got physically ill. For four days, I thought I had food poisoning, but it wasn’t food poisoning at all. Writing about it brought that stuff to the surface. I lay awake at night, I could smell him, I could see him. I had the same reoccurring dreams that I used to have years ago.

I found an amazing therapist who allowed me to process it and free myself of the albatross around my neck. It was ridiculous that I felt guilty. I was a ten-year-old child and my innocence was taken from me. And that was replaced with guilt and shame.

Getting therapy was probably one of the best experiences of my life.

You have written about your addiction to drugs in the book. If someone is reading this interview and they are struggling with addiction, what is the first step?

They must open their mouth to speak and tell someone that they have got a problem. Just say it. ‘I need help’. They will be the hardest words that will ever come out your mouth.

So if you’re struggling, if you’re in in the darkest of hours, and you’re at home, locked in a room, pick up the phone and ask for help. If I didn’t ask for help, I’d be dead right now.

It takes a lot of courage to say ‘I can’t do this anymore. I really need your help.’ Because as an addict, the last thing we want is someone’s help. We want their pity because we love being the victim.

Love being a victim?

If we’re a victim, it makes us okay to be a mess. I spent a long time being a victim of everything. I blamed my dad for this, blamed my mum for that. I used to blame everyone but didn’t look at myself. I was the problem.

Today I try to take responsibility for how I feel. I don’t let other people affect me anymore. I have learned that no one has the power to make me feel bad.

I know you’re playing at the Fearne Cotton’s Happy Place Festival. Are you looking forward to it?

I’m not playing. Fearne is interviewing me live for her podcast. For once in my life, I’m going to a festival where I’m not playing music.

There were about six people that I really wanted to read my book and Fearne was one of them. She’s been amazing. She has done nothing but support this book. And literally she sent me a message again two days ago to tell me that she’s re-read it and that she feels it’s going to help a lot of people.

Are you happy now?

To still be invited to play for big crowds and be at the top of my game at 55 is incredible and I don’t take a moment of it for granted.

I’m also in a very loving relationship. And for the first time in my life, I can actually love someone without thinking that I’m worthless and I’m not good enough for them. And I can reciprocate that, take his love on board for once and that is remarkable in itself.