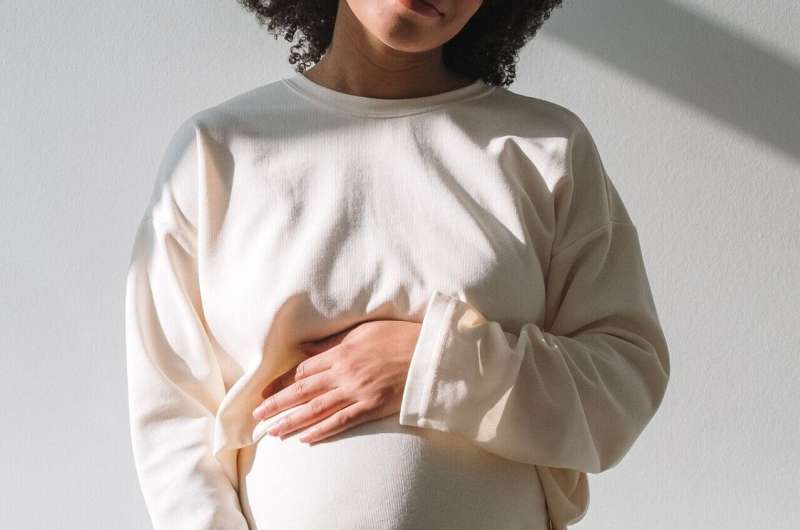 New research from Scotland published in Anaesthesia shows the increased risk of severe maternal sickness/complications (morbidity) is associated with a range of risk factors including increasing maternal age and levels of obesity, and also previous cesarean section.

The study, by Dr. Nazir Lone, of the University of Edinburgh, and colleagues suggests the increasing prevalence of all these risk factors could have combined to stall decades of progress in reducing maternal mortality in the UK. However, even though maternal mortality is no longer reducing (although the UK rate is low by international standards), it is not going up—and the authors believe a possible explanation for this is that UK maternity services are continually adapting to meet the needs of this increasingly complex pregnant population.

The number of women dying during pregnancy and childbirth in the UK is at an all-time low. Consequently, inquiries into maternal death have limited power to improve maternal care, whereas measures of severe—but usually non-lethal—events during pregnancy and the puerperium (the period of about six weeks after childbirth during which the mother’s reproductive organs return to their original non-pregnant condition)—may continue to inform care in the UK. A composite of various individual indicators of maternal ill health (or morbidity) is up to 100 times more frequent than maternal death, and thus interventions that can impact these indicators would provide opportunities to intervene to reduce both morbidity and mortality.

In this study, the authors analyzed 17 diagnoses and 9 interventions (including critical care admission) as a composite measure of severe maternal morbidity for pregnancies recorded over 14 years in Scotland. Any woman presenting with any of these conditions or needing any of these interventions was considered seriously ill.

The authors say, “The increasing prevalence of these factors in UK mothers might stall historical reductions in maternal mortality, and will increase the need for healthcare during pregnancy and childbirth.” They explain that one quarter (26%) of pregnant women had obesity (BMI>30) at the time of antenatal booking in 2021, while over half of pregnant women in Scotland had overweight or obesity (BMI >25) at the time of booking in 2021. The proportion of pregnant women with obesity has increased from 1 in 5 (20%) in 2011 to 1 in 4 (26%) in 2021.

Women with severe maternal morbidity experienced greater adverse events than those without, including longer hospital stays following delivery (11% versus 3%), a greater frequency of stillbirths (1.7% versus 0.4%) and higher maternal death rates (365/100 000 pregnancies vs 1.6/100 000). Across all the pregnant women combined, the mortality rate was 5.4 per 100,000 pregnancies (this figure is lower than the 9.7 per 100,000 recorded in UK’s national figures but as the data are recorded differently the two numbers are not directly comparable).

The identified risk factors are increasing in frequency, and the authors note that those that are modifiable, such as obesity, require public health interventions on a population level, and are unlikely to change quickly. The situation around previous C-sections is complex as it includes some needed medically to reduce risk to the mother and baby due to older maternal age, increasing levels of obesity and pre-existing health problems.