What It's Like When Your Brain Can't Form New Memories 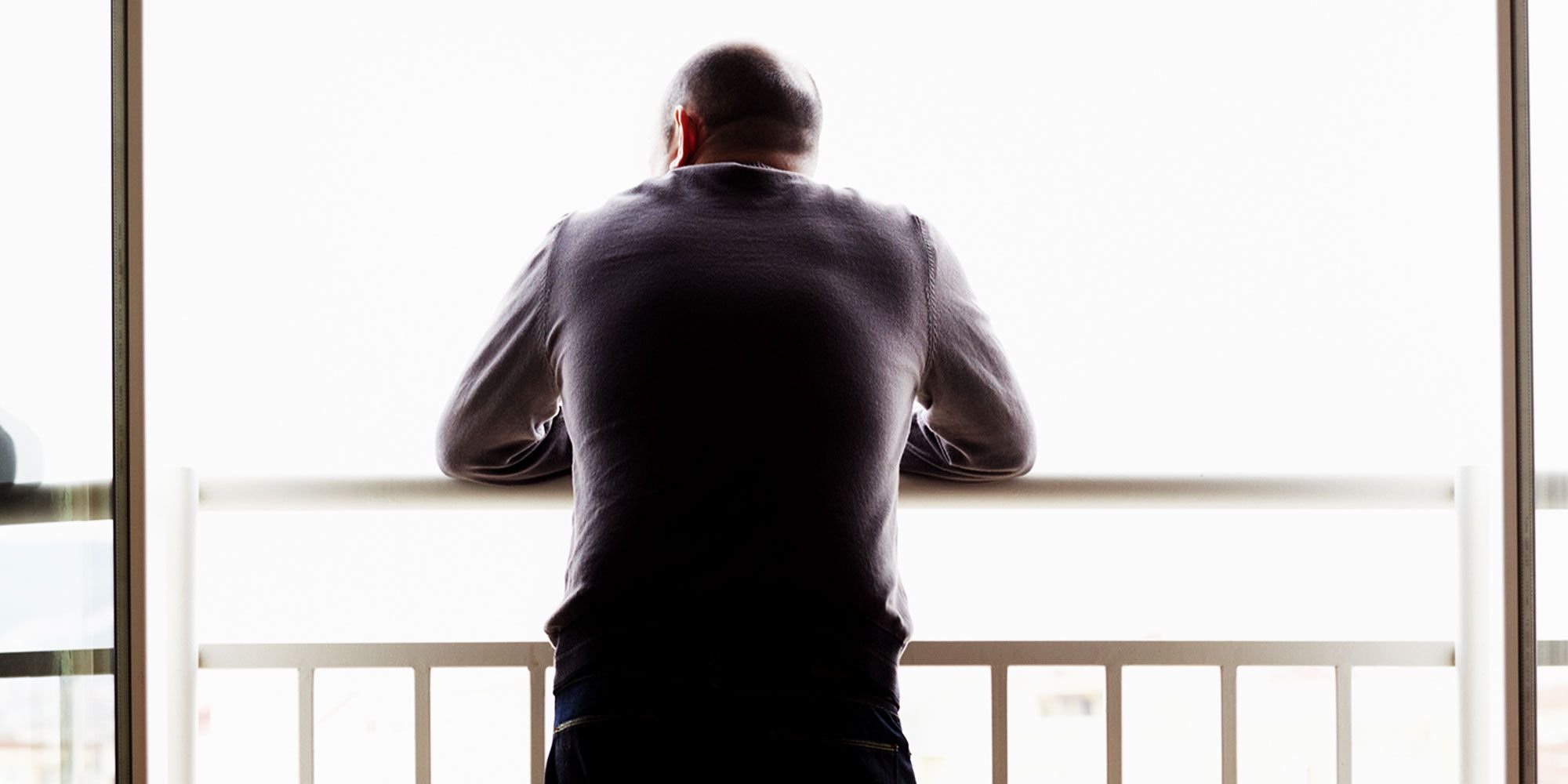 Henry Molaison was perhaps the most-experimented-on person in history. At the age of 27, parts of his brain were surgically removed to curtail his severe seizures. A doctor destroyed most of his hippocampus, an area now known to be central to memory, as well as some closely connected structures. The result: He retained most of his existing memories, but was nearly unable to form new ones.

For decades, he was a fascination to scientists and was known in textbooks as HM. Donald MacKay, a psychologist now at UCLA, conducted about 25 experiments on Henry, first in 1966 and again between 1997 and 1999. “My work with Henry basically revolutionized my concept of memory,” he says. MacKay’s book about his observations, Remembering: What 50 Years of Research with Famous Amnesia Patient H.M. Can Teach Us about Memory and How It Works, comes out this month. He spoke with us about scientific controversy, the daily life of an amnesiac, and how to remember people’s names.

What was your motivation for writing the book?
It was to make good on a promise that I and other scientists made to Henry when we were asking him to participate in experiments, that what we learned would help others. The book applies what I learned about memory to ordinary people, including myself, and how they can maintain their memory, mind, and brain.

What were Henry’s symptoms?
He basically couldn’t remember anything new, whether it was events or facts or new phrases in a sentence or new aspects of the visual world. So that requires an expanded definition of what memory is. It’s an internal representation of experience, basically. It’s not just facts and events. Besides an inability to remember, he became generally passive. He would generally speak only when spoken to. He had to be reminded of basic things like showering and brushing his teeth and combing his hair and turning off the stove or the TV.

What was it like interacting with Henry?
It was very boring. He was basically just repeating clichés. There were occasional surprises when he would make spectacular errors that we’d then ask him about but he wouldn’t be able to explain. And he wouldn’t remember his keeper at MIT, whom he interacted with for 45 years. It was sort of frustrating for people he couldn’t remember from one day to the next. They felt they couldn’t form real relationships with him.

Could he carry on a conversation?
Many people interacting with him thought his language was normal because he would simply repeat stories he’d already told dozens of times. So it would seem like he was part of the conversation. But if you looked closely or ran him in experiments that required him to process new information, then it was immediately apparent that he had severe comprehension difficulties.

What kinds of experiments uncovered those difficulties?
I think the best and most informative study that I ran was a test called the Test of Language Competence that requires people to describe a novel picture using two or three prespecified words. He couldn’t make coherent sentences. And on a test of visual perception, he would mistake the performance chart of a company as mountains seen through a window in the distance, unable to connect that with the situation.

That’s how the hippocampus forms new memories in general. So I just learned your name. It forms a combination of Matt and Hutson by super-activating Matt and Hutson, and that would burn in a new representation of your full name in the cortex. And then I would associate everything I learned about you with that. Henry could form new memories through a very slow process of repetition, which does the same thing as the hippocampus, except it’s very inefficient.

What does that tell us about how to remember people’s names?
There are various techniques. One is to transform a proper name into a common noun. Think of a Mr. Butler as a butler. That would then allow you to image this person in the various roles that a butler plays. The hippocampus is forming new representations of the person. In your case, Hutson, I immediately think of Hudson, so I associate you with the Hudson River and New York and the famous explorer. In the last 10 years of my teaching career I learned about 1000 first and last names of students, many of them in foreign languages.

How do creativity and humor rely on memory?
Both involve the creation of new and useful internal representations. Humor is a form of creativity. You have Woody Allen saying, “The brain is my second favorite organ.” You’re forming a new representation of what he says, but then you’re forming another new representation of his most favorite organ, and that’s surprising that he’s actually talking about his penis in this seemingly serious context. It’s a form of creativity to produce that or even to comprehend that. Henry couldn’t comprehend humor. We’d present a cartoon and ask him to describe what made it funny and he was completely unable to do that.

Why did people say he had a keen sense of humor?
They basically misinterpreted what was happening when he said things. The most famous example was when his keeper came across Henry working on a crossword puzzle, and she said, “You’re the puzzle king, Henry,” and Henry said, “Yes I’m puzzling.” They interpreted this to mean he’s not only working on a puzzle but he’s puzzling to other people, puzzling to himself. But all that interpretation was done by the genius level experimenters at MIT. In fact, if you test his ability to understand metaphors, as I did—puzzle king is a metaphor—he was absolutely hopeless. He would understand the individual words but not how they related beyond the individual words themselves. He probably heard “You’re the puzzle king” as “You’re, uh, puzzling.”

Your work encountered a lot of opposition.
Yeah, especially when I was a graduate student at MIT. I met Henry in 1966. I encountered resistance because my mentor firmly believed or wanted this patient of his to be a pure memory case, no problems with other aspects of cognition because that would complicate the picture. He desperately wanted this to be the best pure memory case ever. And that’s how Henry is still referred to in neuroscience textbooks. So yeah, I got major resistance publishing my work, I got resistance requesting other people to share their data on their amnesiacs or to allow me to test their patients.

My mentor died in 1977. Suzanne Corkin took over as Henry’s keeper at MIT and she allowed me to test Henry again starting in 1997. We published one of our studies that showed he had these severe language deficits and in 1999 she basically withdrew her invitation. Before she died, she said she shredded many of her research files on Henry, perhaps to hide those deficits.

What questions do you wish you’d been able to pursue with Henry?
I wish that I’d been able to study the effects of his amygdala damage. The amygdala is a structure right in front of the hippocampus, closely connected to the hippocampus and to memory. The amygdala reacts emotionally to information: We better remember emotionally charged information. I’ve formed a well-supported hypothesis that the amygdala basically sets priorities for the hippocampus. I strongly suspect that part of Henry’s problem in general was the amygdala. The operation completely destroyed his amygdala. That had all kinds of effects on his emotional life and his sex life—he had no interest in sex. And I think it had effects on his ability to coherently produce sentences, that he sort of lost the thread.

This is a subjective question, but how much of Henry as a person remained after the surgery?
That’s a difficult question. You say, how much of a person was Henry, or even how much of a man was Henry, to take the cliché. That depends on an underlying stereotype of what a man is supposed to be like, or what a person is supposed to be like. And I prefer to avoid stereotypes like that. If I said he’s only 50 percent a person, I myself don’t know what that answer might mean. Clearly he was a person who contributed invaluably to science and to, well, humanity though his simple participation in hundreds and probably thousands of experiments. What more do you want? [Laughter.]

What advice do you have for maintaining our memories?
Keep active, keep learning new skills, keep using your old skills. That’s critical for older adults. Don’t fall into habits like passively watching television. Keep using your mind and your body. Exercise is extremely important for keeping your brain and your mind sharp, and there’s extremely good evidence on that. Keeping active intellectually, emotionally, socially, and physically. That’s what I advise.

*This interview has been edited for brevity and clarity.

BARNEY CALMAN: Is it possible the Queen simply died of old age?