What’s lurking in the ball pit? The FIVE deadly bacterial infections to watch out for

The body needs certain bacteria to help with a number of biological processes, including digestion. But, there are also ’bad’ bacteria that can lead to infections, and subsequently a number of potentially life-threatening medical conditions. Children’s ball pits could be providing the perfect environment for germs to live and thrive, according to scientists. Under the right conditions, these ball pits could contain the bacteria that cause septicaemia, pneumonia, meningitis, urinary tract infections, and even sepsis.

Ball pits have become more popular since the 1980s, said researchers from the University of North Georgia.

But they’re often found to be contaminated with dirt, vomit, urine, or even faeces, which helps the bacteria to grow.

While these play areas are commonly found in restaurants and children’s play areas, the researchers assessed the cleanliness of ball pits at paediatric physical therapy clinics.

They found “considerable” colonisation of bacteria, and some balls as had up to 1,000 bacteria living on them.

In total, there were 31 different bacteria species living in the ball pits, as well as one species of yeast.

“We found considerable variation in the number of microorganisms between the different ball pit samples,” said researcher May Ellen Oesterle. 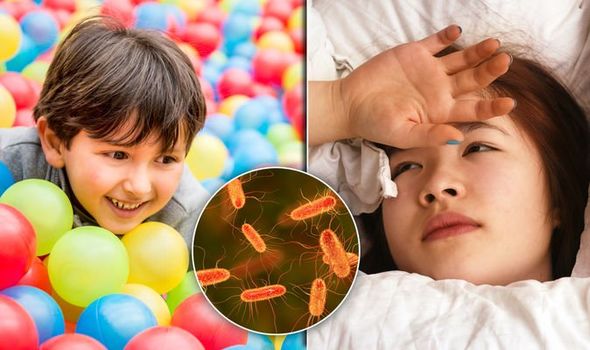 “This suggests that clinics utilise different protocols for cleaning and maintenance, potentially representing a broader need to clarify and establish standards that reduce the risk of transmission.”

Bacteria that could cause deadly infections in humans include Enterococcus faecalis, which can cause endocarditis and meningitis.

Staphylococcus hominis can cause bloodstream infections and sepsis, while Streptococcus oralis can lead to streptococcal shock.

The scientists also found Acinetobacter Iwofii, which has been reported to cause pneumonia, urinary tract and skin infections.

“This research shows that ball pits may pose an infection hazard,” said Association for Professionals in Infection Control and Epidemiology (APIC) President, Karen Hoffman. “Facilities should establish a program for regular cleaning to protect patients and healthcare workers from potential infection risks.” 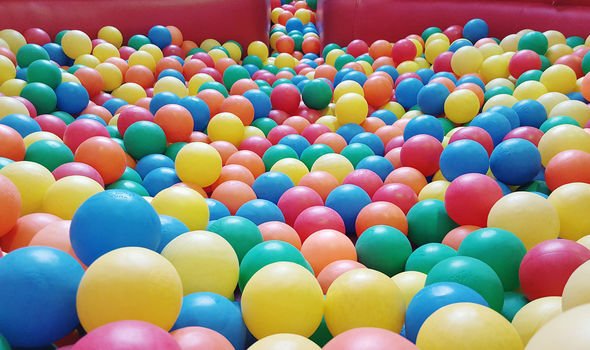 Sepsis is also referred to as blood poisoning or septicaemia, it is a potentially life-threatening condition triggered by an infection or injury

Pneumonia is a type of bacterial infection in the lungs, that causes the air sacs to become inflamed. The inflammation sometimes causes them to fill up with fluid and pus.

Common pneumonia symptoms include difficulty breathing, a bad cough that won’t go away, a fever, and the chills.

Meanwhile, meningitis is an infection that affects the brain and spinal cord, said the NHS.

It can be very serious if it’s not treated straight away, although a number of vaccinations are available to protect against the infection.

Meningitis symptoms include a very high temperature, vomiting, headache, a rash, stiff neck, and a dislike of bright lights.