With pandemic and streaming boom, mental health support is coming to some film sets 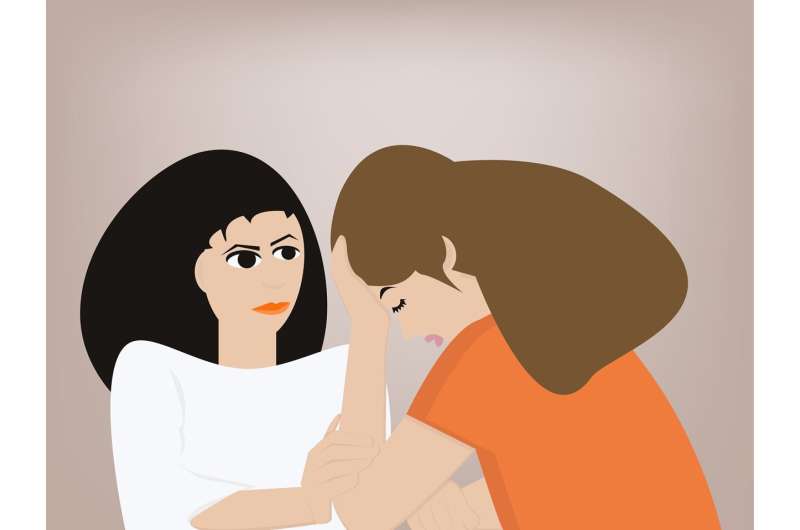 In summer 2021, when producer Joanna Laurie was planning production of “The Son,” an upcoming drama from Oscar-winning writer and director Florian Zeller, she knew stress levels would be exponentially high for cast and crew. They had to contend with strict COVID-19 safety protocols and the movie’s difficult subject matter: suicide.

So the London-based producer did something unconventional: She arranged to hire a company that would provide confidential virtual therapy sessions to anyone on set who needed it during shoots in New York, London and France. The program was so popular, she plans to replicate it on other productions.

“We just had to make completely sure that in the process of making a movie about mental health, that we really took total care of the cast and crew who are going to be dealing with this, which is a very sensitive subject,” said Laurie, a producer at See-Saw Films. “I think it’s something that we’ll see a lot more of.”

Regardless of the subject matter, film and TV sets can be stressful and dangerous places to work. The pandemic added a raft of anxieties as cast and crews returned to work to face rigorous safety protocols such as testing, masking and social distancing. The streaming boom put more pressure on film workers as production of new shows spiked and crew worked longer hours to keep up with demand, fueling burnout and rising labor tensions.

As a result, more producers are considering offering therapy services, both on set and virtually, to help film workers cope with on-the-job stress.

Among the beneficiaries is Solas Mind, the British firm hired by See-Saw Films for the Sony released feature “The Son.” The company has developed a digital platform to allow crew members to schedule therapy sessions, and it has worked with studios such as Apple TV and NBC Universal. With a team of 30 counselors and psychotherapists, Solas Mind is looking to expand in the U.S. and Canada to meet demand from producers for its services.

“That sense of isolation where people are away from families, locked down in hotel rooms, all the nice stuff about the industry, the social side, had gone,” said the company’s founder, Sarah McCaffrey. “There was a massive demand for people just to be able to speak to somebody at the end of the working day.”

While it is typical to hear of producers catering to every whim of A-list stars, crews often get little support.

And despite rising costs, some producers recognize the benefit of offering therapy services as an additional perk to attract crew members.

“Productions are longer, I think budgets are tighter, so schedules are tighter, which has all those knock-on effects of people being exhausted, leading ineffectively,” said McCaffrey, a psychotherapist and former actor.

The International Alliance of Theatrical Stage Employees, which represents technical workers on film and TV sets, favors the push to add more therapists to productions.

The use of therapists on film sets is relatively uncommon, but there have been a few high profile examples.

Georgia-based therapist Kim Whyte was tapped to assist the 2020 production of Amazon’s acclaimed limited series “The Underground Railroad” to help the cast and crew cope with the difficult subject matter on set.

“Studios and producers are really becoming more mindful about the pressures and the stressors that are going on in our society in general, and they are wanting to help their people involved with their project,” Whyte said, adding that common issues clients raise include stresses of gig work, financial insecurities and separation anxiety.

After “The Underground Railroad,” Whyte also helped the Amazon production of “The Lord of the Rings: The Rings of Power,” Core said. Amazon’s “The Boys” spin-off “Gen V” also participated.

“If we make it where people walk away from our sets feeling the most respected, the most heard, the most seen, we know if we come back there, they’re going to pick us as their top priority for their jobs,” Core said.

The use of mental health services on film sets is more prevalent in the U.K.

Since 2021, the British Film Institute has underwritten a program that funds “well-being facilitators,” who advise productions on stress and mental health issues, and that helps implement industry guidelines to prevent bullying, harassment and racism. The BFI funding was expanded last year.

Well-being facilitators are not therapists, but they can refer crew members to qualified psychotherapists, mediate disputes and coach newly promoted crew members or those supervising a team for the first time.

So far, there is little of anything comparable in the U.S for freelance crews, said McCaffrey, whose company also receives funding from the U.K. government as part of the new mental health initiative. Some companies offer employee assistance programs, but these are often not available to freelance crew members.

She launched her business in 2020 and today works across more than 80 productions. McCaffrey declined to disclose what her firm charges but said pricing depends on the level of support each production needs.

Many clients struggle to balance home life with very long days on productions for months at a time without breaks, she said.

“It’s very hard to have a work-life balance when you’re working those kinds of hours,” McCaffrey said.

Experienced crews have been in high demand since production restarted in 2020, and offering services such as free mental healthcare for freelance workers makes producers more attractive employers.

When Karl Liegis started production on Apple TV’s “The Essex Serpent” at the height of the pandemic in 2020, he knew he wanted to provide mental health support to his U.K. crew.

Liegis was hired as head of production at 60Forty Films, which has an exclusive production deal with Apple TV and which has committed to have Solas Mind available for all its future productions, such as the upcoming Idris Elba thriller “Hijack,” he said.

“Competition is now between the production companies trying to get experienced and good crew,” Liegis said. “I think the reason why my employers have now hired me is because they want to be attractive to an employee.”

For nonfiction film workers, the nonprofit organization American Documentary has funded an initiative called DocuMentality, a research project investigating key mental health challenges that exist in that sector, according to the project’s U.K. co-founder, Rebecca Day.

Day, a documentary producer who trained as a psychotherapist, started her own U.K.-based therapy company called Film in Mind in 2018. Her work includes psychological consultations, as well as workshops and speaking events.

She helps filmmakers resolve communication problems—often between directors and producers —or navigate difficult subjects and financial pressures in the industry.

“It doesn’t feel very sustainable,” Day said of the current crisis facing documentary filmmakers. “There’s lots of money around, but it’s not trickling down to freelancers who are feeling underresourced and overworked.”