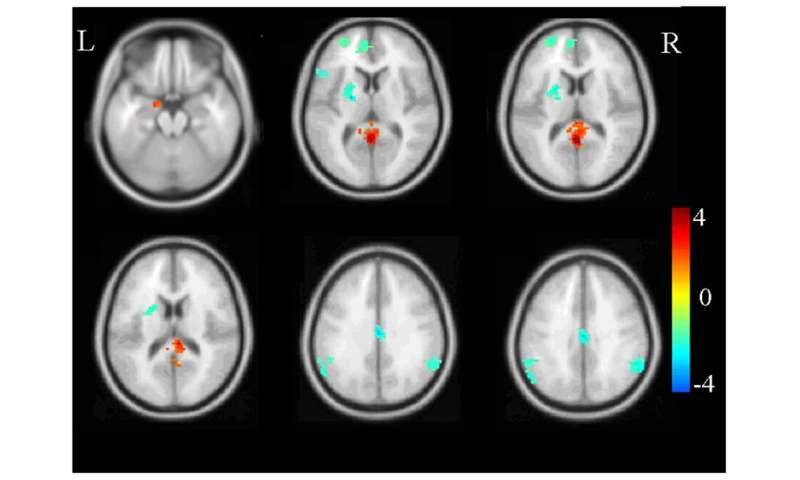 Celebrities and public figures have recently been more open about mental health conditions they deal with. This is a positive sign of shrinking stigma around mental illness, and it also helps in reducing it. The most recent in this line was Ariana Grande’s mention of post-traumatic stress disorder, or PTSD … and a brain scan.

I am a psychiatrist and neuroscientist specializing in research, diagnosis and treatment of PTSD, and I see this as an opportunity to discuss PTSD, how it is diagnosed, and its treatments.

What is post-traumatic stress disorder?

PTSD is a clinical condition, and a consequence of exposure to extreme traumatic experiences such as motor vehicle accidents, assault, robbery, rape, combat and torture, at any stage of life including childhood – situations that are threatening to the integrity of the person.

Trauma may happen to the person, or be witnessed happening to others. As a result, the brain switches to “survival mode,” doing its best to avoid another exposure to such experiences.

The person is always anxious and hypervigilant, and constantly screens for danger. This leads to avoidance of any situation, cue or memory that can be relevant to, or reminder of the traumatic experience.

The person also experiences repetitive intrusive memories, nightmares and flashbacks, as if the trauma is happening in the here and now, experiencing the visions, voices, smells, and touch. PTSD is very often accompanied by depression and high levels of anxiety.

PTSD is common, affecting 8% of the U.S. population, up to 30% of the combat exposed veterans, and 30%-80% of refugees and victims of torture.

What are brain scans?

A brain scan is a general term that covers a diverse group of methods for imaging the brain. In psychiatric clinical practice, brain scans are mostly used to rule out visible brain lesions that may be causing psychiatric symptoms.

However, in research we use them to learn about the pathologies of the brain in mental illness. A common method is magnetic resonance imaging (MRI) that allows us to look at the changes in the volume and structure of different areas of the brain, and integrity of the pathways connecting them.

Then there is functional MRI (fMRI). This method examines blood flow in different areas of the brain as a measure of their dynamic function, mostly in response to a task or event, such as thinking about trauma or viewing of a trauma-related image. I use fMRI in my research to look at the brain circuitry involved in how people can be instructed to learn fear and safety. Positron emission tomography, or PET, and single photon emission CT, or SPECT, are also used in looking at brain function.

At the current stage of the technology and research, psychiatrists, psychologists and neuroscientists only use these methods for researching the brain changes in mental illness, and not for making diagnoses. In other words, we have to combine data from tens of people with a mental illness to determine how, on average, different areas of their brain may differ in volume or function from others.

How do we diagnose PTSD?

Like most other psychiatric conditions, PTSD is a clinical diagnosis. That means psychiatrists diagnose PTSD by the symptoms presented by the patient. Clinicians look for a constellation of symptoms for a diagnosis:

When enough number of the above criteria is met, a clinician makes a diagnosis of PTSD.

We clinicians and researchers use the above criteria for consistency in research. We want to be sure that what we call PTSD across different studies passes the threshold of a certain severity and diversity of symptoms.

However, effects of trauma may not reach the “diagnostic threshold” for PTSD, but can still be very stressing. A traumatized person who has frequent nightmares and flashbacks and avoids leaving their house out of fear, is seriously stressed even though they may not meet the required number of “negative symptoms” per the diagnostic manual. From a clinical perspective, we still address their symptoms and treat them. In other words, what matters in clinical practice is helping with the symptoms that are distressing and cause dysfunction.

What do brain scans tell us about PTSD?

Although we do not use brain scans to diagnose PTSD in the clinic, we use them to understand what happens in the PTSD brain. There is abundant evidence for changes in the structure and function of different areas of brain involved in fear response and anxiety, regulation of emotions, cognitive processing and memory. For example, there is consistent evidence for reduced volume in the brain region called the hippocampus, which is involved in memory and context processing. This leads to difficulties differentiating cues that resemble trauma, such as the slamming of a door, from the trauma cue itself, such as a gunshot.

Abnormalities of the hippocampus also lead to impairments of differentiating a safe context from the context in which trauma happened. For example, this could be a fear response to road kill in Ann Arbor, Michigan, which may resemble an improvised explosive device (IED) in Iraq. We also know from fMRI research, the part of the brain called the amygdala, which is involved in fear response, shows larger activation in response to viewing or memory of trauma reminders, or viewing of negative facial affect. These findings are valid in studies averaging data across brain scans of dozens of people. They are not useful in a one-person diagnosis.

To summarize, brain imaging has been a very useful tool in understanding the aberrations in structure and function of a PTSD brain, but it does not diagnose the condition.

How to treat PTSD?

Treatment mostly involves psychotherapy and medications, mostly antidepressants. Psychotherapy helps to detach traumatic memories from the severe emotional response, changing the thoughts that lead to distress and avoidance, and helping the person get back to adaptive ways of coping with life. There is also evidence that psychotherapies like cognitive and behavioral therapy can help reverse negative changes in brain function and structure.

Our team at Wayne State has been using body-based mindful methods of yoga and dance therapies for helping traumatized refugees, which have been showing positive effects. We, however, need more evidence from larger groups to comfortably offer these body-based methods as established treatment.

Medications mostly include antidepressants, which help in reducing the high level of emotional arousal, allowing the person to more effectively use their cognitive and rational brain in dealing with stressful conditions. Benzodiazepines, including Xanax, are not recommended for treating PTSD.