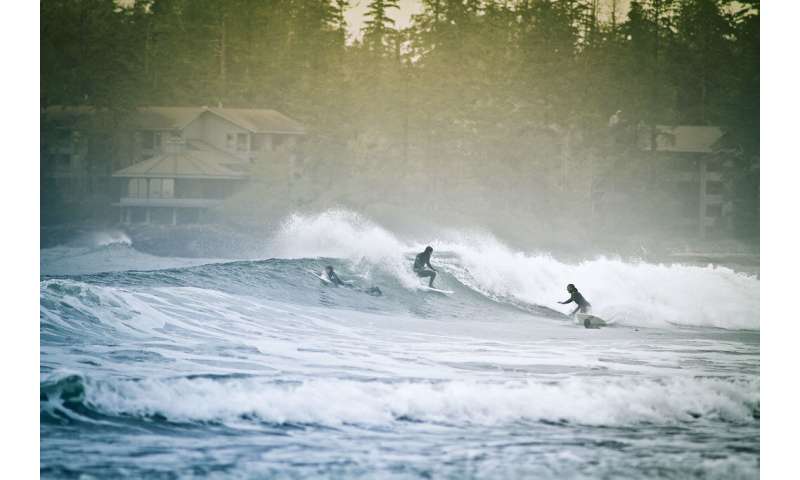 Nikolaus Dean suffered a debilitating concussion playing varsity lacrosse during his first year of university. His post-concussion symptoms persisted for a year before doctors cleared him to return to the sport he loved. After his first practice back, he decided the risk wasn’t worth it and walked away.

Since then, the UBC kinesiology Ph.D. student has taken up surfing and academic research. For his master’s thesis, he explored attitudes toward concussion among surfers on B.C.’s west coast, where the Surf Canada Nationals and Olympic trials are set for May 10-15 in Tofino.

We asked Dean what he learned by interviewing 12 members of Canada’s west coast surfing community.

Why did you decide to look into surfers’ attitudes toward concussion?

How high are concussion rates among surfers?

I found that head injuries are the second most common injury in surfing after lacerations. Studies suggest that surf-related concussion accounts for three to 37 per cent of those head injuries. But concussion is so hard to quantify and get accurate numbers on. A person may have had a concussion without knowing it, and may not have reported it to the study, so those numbers are guidelines. What they do suggest is that concussions are occurring in surfing at a rate on par with mainstream sports.

What attitudes did the surfers in your study have toward concussion?

Generally, they showed irreverent attitudes toward the injury. They would often downplay or trivialize the severity of it. It shows that they’re willing to accept the risks of playing injured, and to push through concussive injuries. This has been shown before in more traditional sporting contexts, but now it’s also being displayed in individual, non-contact, non-traditional contexts. It’s really interesting when you think about that, because surfers don’t have teammates or coaches who may be pressuring them to play through injuries. Those external factors were absent.

Then why do they do it?

The second factor was having others present in the water. Although they don’t have teammates, coaches or trainers, a number of surfers said they’d be more willing to push through a concussion if they were out surfing with friends.

And the last factor, which I thought was one of the most interesting, was wave conditions. A number of them said that was the No. 1 reason they would continue to surf through a concussion. It was quite telling that wave conditions would dictate that.

There’s little information for surfers right now. There are no surf-oriented return-to-play protocols. There are no concussion waivers—something a surf rental shop gives out that tells you the symptoms and what to look for in a concussion, then you sign it and hold yourself responsible for pulling yourself out to appropriately deal with a concussion. We are seeing those things in other alternative sports like snowboarding, but surfing doesn’t have that.

Is the situation improving?